The Paris Society, a student-led group, organise regular cultural events across the city for Paris students. 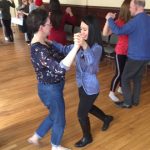 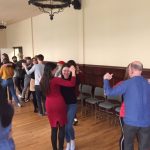 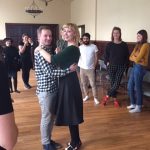 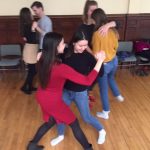 This week we are hosting a conference which considers who, when, why and how the British make their home in Paris and how the French become Londoners, historically and today.

This conference is open to the public and will be held in the Salle de Conférence. This space is located at the end of the second interior courtyard. Sign up here.

For centuries, and in significant numbers in contemporary Paris and London, the British and the French have crossed the Channel for short, long and indefinite stays in their neighbouring capital cities. These Parisian British and London French citizens occupy a very particular place in the wider native and migrant compositions of the Paris and London metropolises.

This afternoon seminar and early evening public event consider the diverse experiences of the British and the French who made, and continue to make, that crossing to the other’s city. It examines aspects of when, why and how they make their lives there, and what happens when they do. These British Parisian and London French lives incarnate the symbiosis between London and Paris which endures and which transcends the political weather. Speakers and participants are drawn from a range of specialists on Franco-British cultural relations, and from those currently engaged in making a life and a home in the neighbour’s city.

If you have any questions, you are welcome to get in touch at paris@kent.ac.uk.

The University of Kent Paris School of Arts and
Culture, American University of Paris and the Centre Culturel Irlandais (Irish Arts Centre) are pleased to announce that Sampurna Chattarji has been appointed to the Paris Writer’s
Residency for 2019. We look forward to welcoming her to Paris to work with our
students and to join our community of writers.

Sampurna Chattarji is a poet, author, translator and teacher based in Mumbai,
India. She says:

I am utterly delighted and honoured to be awarded the Paris Writer’s
Residency 2019. I hope to capture the capacious, random beauty of the
quotidian in newly disruptive ways as I live and work in Paris for a
month. I also greatly look forward to my interactions with the Creative
Writing students. Having just recently published Over and Underground in
Mumbai & Paris (Context, October 2018), the result of a collaborative
project with the Paris-based poet Karthika Naïr and the artist Joëlle
Jolivet, it seems like one adventure segueing into another. Merçi
beaucoup!

Following on from last year’s inaugural residency, which saw Daniel Hahn step into the role, Sampurna Chattarji will be in Paris from March 19 to April 18, 2019. She keeps an online blog dedicated to her work and tweets @ShampooChats.

The Paris School of Arts and Culture gratefully acknowledges support from the School of English and Dean for Internationalisation, University of Kent.