The European Summer Schools at the University’s centres in Paris and Brussels have just taken place for the fourth time since they were first created in 2013 as part of our 50th anniversary celebrations. 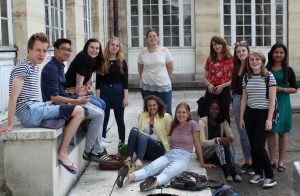 Scholarships were awarded to Kent Undergraduate students and external applicants to spend a fortnight participating in academic sessions and cultural activities in these two major European capital cities.

Students in Brussels studied on the theme of ‘Europe and the World’ benefitting from dynamic sessions including those on International Migration, European Neighbourhood Policy and a discussion with a member of the British Embassy on the EU referendum result and the future of the EU.

Students also had the chance to visit the European Parliament to discuss the EU with a current MEP, as well as to take part in an all-day guided tour of the battlefields of WW1 in Ypres, Flanders. Here, students learned about the human cost and political impact of the First World War and discovered how it helped to shape today’s Europe.

Students in Paris studied on the theme of ‘Revolutions’ immersing themselves in French culture by exploring the city’s art, architecture, film, drama, writing and philosophy. Through a series of interconnected lectures and excursions guided by academic specialists, students visited a wide range of culturally and historically significant sites including the Pompidou centre, Versailles and Picasso Museum.

At the end of the Summer School, the students had developed close friendships with each other and had gained analytical and intercultural skills that they can take with them into their studies and out into the job market. The programme has also helped to promote Kent’s European Centres.

We would like to take this opportunity to acknowledge the generosity of the programme’s sponsors, including Student Project Funds.

We will continue to accept applications for the academic year 2016-17 until the end of August 2016.

The 6th edition of the The Menteur literary magazine was launched during the Paris postgraduate festival and conference, which took place between 6th and 10th June 2016.

An online copy has also been published as a Flipbook.

The Menteur is an arts and literary magazine written, edited and produced by the University of Kent’s Humanities MA students in Paris. 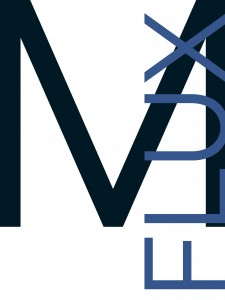 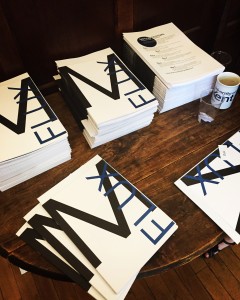 Come and talk to specialist academics and admissions staff about postgraduate study at our campuses in the UK and specialist centres in Tonbridge and across Europe.

Kent’s open events give you the chance to:

Alternatively, our Canterbury and Medway campuses are open for informal and guided visits, we hold open events in Paris and Brussels, or you can make an appointment to visit an academic school or our European centres.

Presented by Columbia University and the Bibliothèque Nationale de France

For the full program: www.festivaldesecrivainsdumonde.fr

Whether you’re a lover of poetry, the short story, the literary novel, non-fiction, or theater, there is something for everyone at the third annual World Writers’ Festival! The writers presenting at the Festival this year come from the four corners of the world: fifteen different countries to be exact. In multiple ways, they will be bearing witness to the global human condition today.

There will be an orientation day-trip to Paris during the autumn term for all our students who will be spending the Spring term in Paris. The provisional date is Tuesday 24th November 2015.

The trip took place last year and was highly successful, enabling students who will be studying in Paris during the Spring term to look around Reid Hall, our Paris centre, meet the staff, familiarise themselves with the beautiful city of Paris, and make arrangements to view accommodation or meet landlords where possible.

A cultural excursion is also planned for the day, such as a visit to an art gallery or a museum.

The costs of the trip are completely covered by your tuition fees.

Further details to follow when you arrive in the autumn term.

Heads of Schools  and the Academic Director for Paris programmes have agreed to implement a fee-waiver to all Home/EU applicants for the academic year 2015/16 for the Paris year-long  programmes, which will mean that if you now decide to take the year-long option, the tuition fee will be the same as the split-site version, £7,250 instead of £12,900.  The programmes which are currently available as Paris only for the whole year are:

University of Kent postgraduate student Julia Peters left Canterbury on foot on 28 March 2015 for a journey that has taken her through four countries (England, France, Switzerland, and Italy) and over 1200 miles (1900 km) to Rome, she is due to arrive this Sunday.

Julia says that the purpose of her journey was one of personal enrichment, “an initiative to promote The Via Francigena and the Cultural Routes of the Council of Europe, to conduct research on mobility in the Roman Empire and to further links between the European Centres of the University of Kent”. A number of University of Kent students, fellow pilgrims, have joined her along the way – Julia will have made stops in 78 towns along the famous pilgrimage route.

Julia’s project received support from KIASH (Kent Institute for Advanced Studies in Humanities, University of Kent), in conjunction with the research of Professor Ray Laurence, in addition to the University of Kent’s European Centres. If you would like to read more about Julia’s project, and follow her to Rome on Sunday, please visit her blog here.

The University of Kent will hold a funding and information open evening for Postgraduate study on Monday 23 February 2015 in Darwin Conference Suite (Canterbury) from 5-7pm.

This will be a great opportunity to gather the information you need if you are thinking of applying for funding, and also to meet with staff from our programmes of study and ask any other questions you may have.

The University of Kent has been allocated 177 x £10,000 bursaries (the 6th highest amount in the UK) for taught Master’s students registering for September 2015.

The award is a grant and does not have to be repaid! Regulations regarding eligibility have been set by the government.  You can find out more about the eligibilty criteria on our scholarships pages.