Frances has very kindly provided the following summary of our discussion on The Awakening (2011): 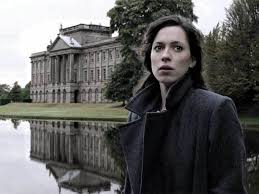 Warning! The following discussion contains spoilers for those who have not seen the film yet…

On Wednesday 19th February we watched and discussed The Awakening. I did not want to say too much about the film in my opening remarks and so most of the group present were experiencing the film for the first time and without much previous knowledge. This was an important component for our discussion after the film as quite a lot of time was spent discussing the film’s ending and its twist (or twists). We agreed that the film remained ambiguous about whether Florence is alive or not at the end. We mentioned that, logically, it is probably likely that she survived (the manner in which she interacts with other characters and is about to leave the house points to this) but it is interesting that the film still works to evoke the question of her mortality and does not complete resolve the ambiguity. Costume and performance are important parts to this uncertainty. Florence’s costume has changed and so this suggests she has survived. However we 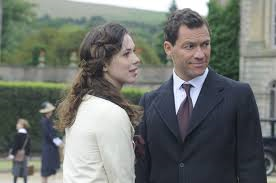 noted how the white coat she wears could make Florence seem ghostly and this is an interpretation reinforced by the way her presence is ignored by the school’s headmaster. In either case, we felt the possibility for different interpretations was a fitting ending to a ghost story where frequently our expectations are continually subverted.

The group commented how, in many ways, The Awakening is a conventional story of a haunted house where the spirits interact with the living in order to resolve unfinished business. The music contributes considerably in establishing this uneasy mood and the film contains some good, unexpected scares. A comparison was made between The Awakening and Turn of the Screw and the relationship between the ghost story in cinema and that in literature. But that is not to say that the film does not contain some very striking moments which we agreed worked especially well. We talked about how the uncanny is evoked by the film, especially in the scene where Florence keeps returning to the same room depicting her mother’s death, despite her attempts to run away. The rabbit toy is also particularly uncanny and signals a rare instance of the use of vivid colour in the film. We discussed how it is possible to extend the Freudian reading of the film further, as the dollhouse functions as another double: it is the double of the house but also metaphorically represents Florence’s mind (it is her ‘mind palace’). Florence’s interaction with the dollhouse – which moves from confusion to trepidation and fear – parallels our protagonist’s 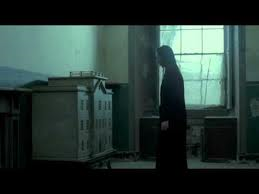 increasing understanding of the haunting. The dollhouse allows Florence to observe the whole house, at once, and yet she is still unable to ‘see’ the larger picture for the majority of the film. This radically changes of course when Florence remembers her traumatic childhood and the memories of those disturbing events are ‘re-lived’ before her eyes.

In this respect the film can be interpreted 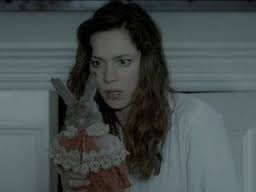 as a representation of the psychoanalytical process, as a kind of ‘talking cure’. Florence’s experience of the haunted house in the film functions to provide a series of shocks for the heroine so that she may remember the traumatic truth of her childhood. Tom’s presence in the film represents a form of the return of the repressed. The rabbit toy also functions as an important marker and another double. The song which the toy sings remarks that all the children ‘are gone except one’. This creates another double because at first the viewer believes this to be the ghost child (revealed later to be Tom) but this ‘child’ is also Florence herself, as she survived her father’s brutal attack. Only by remembering – or rediscovering – her true ‘self’ can Florence come to terms with this true identity. We discussed how it is interesting that this journey of self-discovery is framed by Florence’s movement from spiritual sceptic to dedicated believer in ghosts. This somewhat undermines Florence’s characterisation at the beginning of the film as an independent, successful author and career woman in the early 20th Century, and so the ultimate ‘message’ of the film is obtuse.

We also discussed the film’s setting and agreed that the post-WWI era is particularly suited to this type of horror story. We said how the film thus taps into a British cultural memory in addition to performing as a conventional ghostly tale. It was commented that The Awakening also correlates to the wider tradition of British horror which emphasises the paganism and spiritualism of the countryside against the supposed rational and sceptical urban city. Additionally, the manor house setting in The Awakening brings in the question of class, particularly through the character of Maud, and how the haunting of the house is caused – in part

– by the oppression of the aristocracy. We commented how this trait in horror extends beyond British films albeit in a slightly different guise: The Skeleton Key is a good comparison point with the manor house now replaced by a plantation house.

Many thanks to Frances for choosing the film, introducing it and providing the above excellent summary of our discussion.