All are welcome to attend the first of the Summer Term’s Screening and Discussion sessions, which will take place on the 13th of May, in Jarman Studio 6, from 4-7pm. 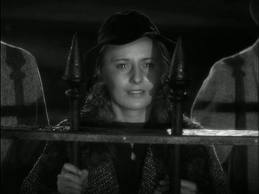 In preparation for the Melodrama Research Group’s one-day Symposium on Maternal Melodrama we are screening several related films. The first of these is Stella Dallas (1937, King Vidor). Lies has very kindly provided the following introduction:

Stella Dallas stars Barbara Stanwyck as Stella, the working class daughter of a mill worker who, in an attempt to better herself, seduces and marries mill executive Stephen Dallas (John Boles). The couple have a child, Laurel, but soon discover their marriage is not a success, as their differences in class and taste prove insurmountable. The two divorce and Stella retains custody of Laurel. Years later, however, as Laurel grows into young adulthood, it becomes increasingly obvious that her kind-hearted, but rather tasteless, mother is an obstacle to her introduction into her father’s upper class circles, and Stella is forced to choose between her own wishes and what she believes to be best for her daughter.

Originally published as a novel in 1920 and made into a silent film in 1925 (starring Belle Bennett as Stella and Ronald Colman as Stephen), this film is a maternal melodrama par excellence and should provide ample topics for discussion, such as:
– The ways in which this film can be defined as a melodrama
– The role of female self-sacrifice in (maternal) melodrama
– The role and function of class in this film, or What Happened After Cinderella Married The Prince
– The relationship between mother and daughter
– The relationship between both of Laurel’s mother figures (Stella and the second Mrs Dallas)
Do join us, if you can, for a classic Hollywood melodrama which showcases the talents of one of the most compelling female stars of the 1930s and 1940s.