Kat has very kindly provided the following summary of our discussion on Black Christmas (1974): 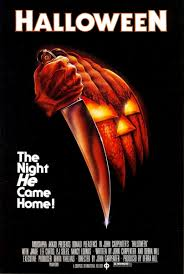 Discussion began with acknowledgement of how the film could be interpreted as the forerunner to the Slasher subgenre. The traits of lone stalker and aspects of cinematography are recognisable when one considers Halloween (1978), especially the opening of Halloween with the POV camera work associating the killer with the viewpoint. There was general agreement on how underrated Black Christmas appears to be, as it is a superior horror film. Focusing on the nihilistic ending, some of the group were surprised and disappointed in how little academic focus there is on this film. Considering writers such as Robin Wood who focus on the nihilistic aspects of 1970s horror, yet fail to mention or reference Black Christmas. Many wondered whether this was because the horror films that define the 1970s were directed by individuals that are now considered ‘horror auteurs’, unlike Bob Clark who went on to direct Porky’s and concentrated on TV work.

There was further discussion on the ending to Black Christmas. We were all slightly incredulous that Jess was left alone in the house (especially as Mr Harrison had only fainted and he was taken to hospital!). However, we were generally in favour of the nihilistic ending as it seemed quite fitting to the rest of the film. 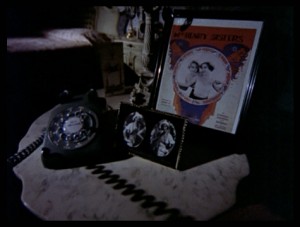 was more than one voice, or whether the stalker was meant to be schizophrenic. Sarah brought up two points. Firstly, whether Billy was related to the Sorority mother, as in the attic were photos of her and her sister. Secondly, whether there was a vaudeville connection (and related to the multiple voices) as the photos (as well as the comments made by Mrs Mac) indicated to a life on stage.

All commented on how well constructed the film was and some admired the linking between scenes – how sound and images were utilised to build continuity between scenes, build suspense and lay suspicion around the different characters, especially the male characters. Some of us mentioned how at different points in the film, our suspicions turned on different characters and this was due to the structure of the film. It was generally agreed that Black Christmas is a genuinely creepy film, especially the image of Clare suffocated in plastic, rocking in the rocking chair while the cat licks her face.

Many thanks to Kat for choosing the film, introducing it and providing the above excellent summary of our discussion.