All are welcome to attend the third of this term’s screening and discussion sessions which will take place on the 12th of February in Keynes Seminar Room 6, from 4pm to 7pm. 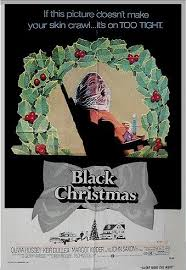 The reason for choosing this film is that it bears the hallmarks of the ‘woman in peril’ Gothic melodrama, only in this film, it is somewhat multiplied to numerous women. There is also an uneasy ambiguity surrounding the men, most notably the character of Peter, as well as the house containing a ‘secret’ within its walls and history.

There has always been speculation as to what the film is based on, and there are two strands of thought. Firstly, that the narrative takes its cue from the urban legend of ‘The Babysitter and the Man Upstairs’, that dates back to the 1960s and involves a babysitter who begins to receive crank calls from a mysterious man who asks her to continually ‘check on the children’.  The second strain of thought is that the source of the film is sorority murders that took place in Quebec around Christmas time in the years prior to the film. However, there is little evidence to establish this claim and Moore died without ever being interviewed on the subject.  However, it is interesting to note that sorority killings occur in the second episode of American Horror Story: Murder House, and these took place within the 1960s and are meant to be based on actual events (although I am not suggesting a link between American Horror Story and Black Christmas). 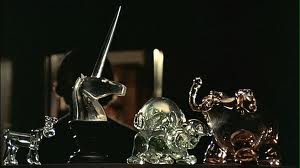 Originally written by Roy Moore (and re-written by Clark himself), Black Christmas takes place  just before  Christmas break at a large college, where a group of sorority sisters are making plans for one last party before they all head off on holiday. Jessica (Olivia Hussey), the  serious-minded beauty of the group,  isn’t in such a celebratory mood. She’s just found out that she’s pregnant and she’s struggling with whether or not she wants to keep the baby while also dealing with near constant badgering from her temperamental boyfriend, Peter (Keir Dullea), who wants  her to keep the baby and commit to marriage. As Jessica contemplates her future, her friends plan their party oblivious to her plight and to the fact that the night is about to take a very ugly turn. The house begins to get a rash of obscene phone calls, that at first seem like a harmless prank but quickly turn serious as the caller starts to delve into each girl’s personal life and one of the sorority sisters goes missing. When it becomes clear that Jessica is the caller’s primary target, the police place a wire tap in the house only to find out that the real culprit is closer than anyone ever imagined!

Over the years, the phrase ” the calls are coming from inside the house!” may have become somewhat of a punch line thanks to urban legends about babysitter stalkers  and campy movies like When a Stranger Calls (1979), but back in 1974, Black Christmas established this now seemingly normal horror convention in a way that hasn’t been used quite as effectively since. There’s still some speculation about whether Roy Moore actually based the initial idea for the Black Christmas screenplay on those old babysitter stories, but what is clear is that whatever formula he used  proved influential to many classic horror films that followed. Billy, the film’s main menacing force, roams through the sorority house at will and the audience sees everything through his point of view, a technique that hadn’t been used so effectively  in mainstream cinema up to that point. On the Canadian DVD extras, it’s revealed that although the steadicam wasn’t introduced to filmmakers until 1976, camera operator Bert Dunk created the fluidly roaming “Billy” camera shots by designing a rig that attached to his head – this is especially impressive considering the shot where Billy climbs the trellis outside the house all the way up to the attic. That killer-POV shot went on to become standard in soon-to-be-classic slasher films that followed like John Carpenter’s Halloween (1978) and Friday the 13th (1980) . In fact, many of the 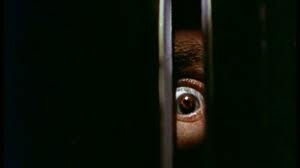 elements present in Black Christmas – including its holiday-themed setting and feminist subtext  –  may seem like a cliché when viewed through a present day horror fan lens, but Black Christmas arguably influenced the slasher cycle that began with Halloween and dominated the horror genre in the 1980s and beyond.