The Melodrama Research Group and its sister organisation Network of Research: Movies, Magazines, Audiences (NoRMMA) were delighted to welcome a guest on Wednesday the 26th of July.

Tamsin Flower, writer/director and founder of the company Stream-Lyric, has been supported by Arts Council England to develop new theatre work since 2014. Using intertextuality and ‘playful poetics’ to approach social themes, Stream-Lyric toured ‘MENTAL Play’ to five South East Venues in 2015, including Camden People’s Theatre and developed ‘TRANSFORMER’ for work-in-progress sharings at Cambridge Junction, Metal Culture and The Key Theatre/Vivacity Arts in 2016. Most recently she was commissioned by the Creative People and Places consortium/Peterborough Presents to create a verbatim play about gardeners and green-space volunteers in the Environment Capital, Peterborough. She draws on drama, contemporary poetry and multimedia presentation to provoke and entertain hybrid audiences.

Tamsin visited us to collaborate in a script development workshop for ‘TRANSFORMER’. Tamsin has described the play as “presenting a mother daughter relationship that transcends our ordinary conception of time in a play narrative. Each scene focuses on either the mother, Norma, or her daughter, Eddie, who experience moments from iconic films as integral parts of their lives. Norma is trapped in memory and reminiscence – her scenes are from 1930s/40s/50s film. Eddie’s scenes are from 80s film to the present day. They finally share a scene in the 1960s/Rosemary’s Baby sequence, as they anticipate a new arrival.” Other films referenced include  Now Voyager (1942), The Red Shoes (1948), The Damned Don’t Cry (1950), Clueless (1995), My Big Fat Greek Wedding (2002), and Black Swan (2010). 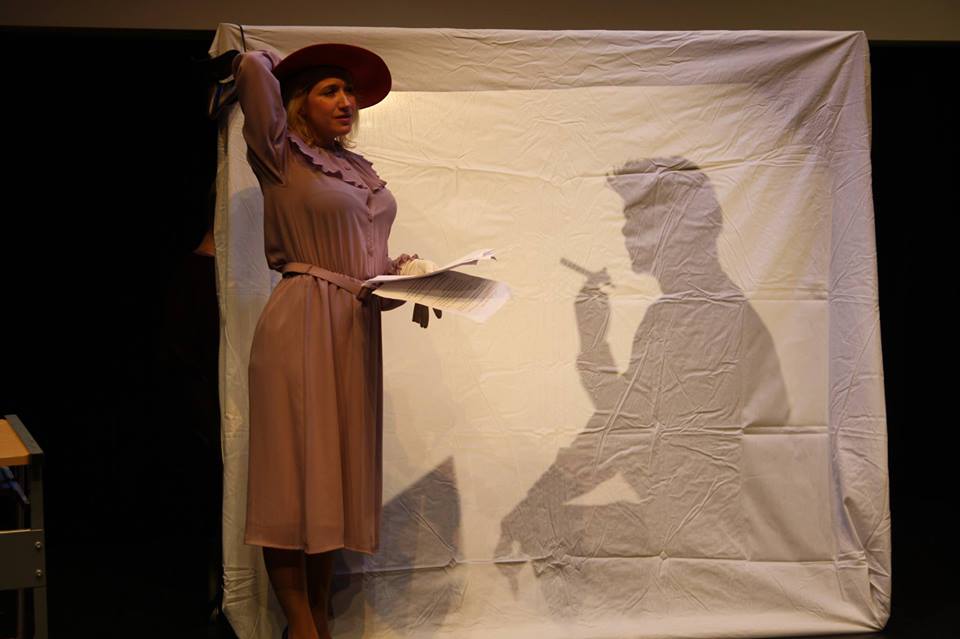 Prior to our session, Tamsin sent us excerpts of three scenes. There was much fruitful and enjoyable discussion about these, as well as the structure of the piece more generally. We were especially pleased to talk about female stars in popular films from 1935-2015, the relationship of audiences to films, the afterlife of films, moments of transformation in melodrama, and feminism in the 20th and 21st centuries. We look forward to welcoming back Tamsin in September, when we’ll be treated to the latest version of ‘TRANSFORMER’, and engage in another feedback session which will further foster connections between academics and practitioners.

Many thanks to Tamsin and all attendees for such an interesting discussion.

Tamsin’s posted a few of us giving a quick audio summary of some of our thoughts on the session on sound cloud: https://soundcloud.com/user-293309613/transkent1mp3

You can also find Stream-Lyric on other platforms: