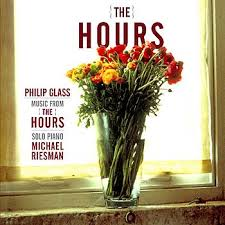 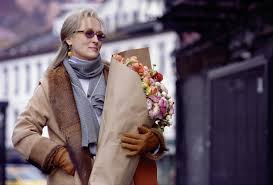 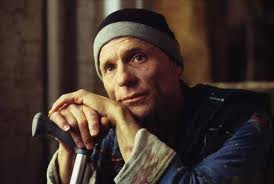 All are welcome to attend the first of this term’s screening and discussion sessions which will take place on the 22nd of January in Keynes Seminar Room 6, from 4pm to 7pm.

Rosa has very kindly provided the following introduction which includes some fantastic photographs of some of the costumes:

The Hours (2002) will probably be remembered by the general audience as the film where Nicole Kidman sported a prosthetic nose to play the role of Virginia Woolf –  and for which she gained an Oscar. Nevertheless, it is a truly moving domestic melodrama where feeling identified in some way seems inevitable. Directed by Stephen Daldry and cleverly based on the homonymous novel written by Michael Cunningham, it is the story of three different generations of women living in three different times and places (Richmond, 1923, Los Angeles, 1951 and New York, 2001), but who have many similarities that we can gather from the very first scene. A writer, a reader and a character- Virginia Woolf (Nicole Kidman), Laura Brown (Julianne Moore) and Clarissa Vaughan (Meryl Streep) – are connected by the book Mrs. Dalloway, written by Woolf in the 1920s. As we will learn as the plot unfolds, the link between them goes beyond the expected, surprising us with a narrative twist and showing that each story could not be without the others.

To learn more about Michael Cunningham, the novel and the adaptation of it to screen, I suggest this article written by Cunningham and published a year after the film was released.

It analyses the process of creating a character for a book and how, once this piece becomes a screenplay, actors have to bring the characters to life, using various devices: data extracted from the written works, their own instinct, inspiration that can come from a small costume prop or through the transformation after the hair and make-up team have done their job, thinking how the character would behave beyond the story, etc. I suggest paying attention to performance and those details that help us understand the personal drama each of the characters is going through, within the confined spaces of their homes and routines.

The  film  received  nine  Oscar nominations and excellent reviews but award-winning designer Ann Roth  did  not  get  the  statue  for  Best  Costume  Design  as  the competition that year  was very strong and far more spectacular. Chicago,  The  Pianist,  Frida  and  Gangs  of  New  York  had  some elements  that  The  Hours  did  not  have,  such  as  the  quantity, extravagance  and  luxuriance  of  costume. The wardrobe that Roth created was accurate and straightforward; the nature of the script 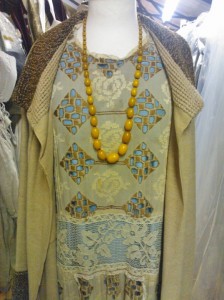 required a variety of styles and periods but with no apparent opulence, so it could seem simplistic at first sight. However, the costumes were full of symbolism and hidden messages, a perfect example of how the costume plot has an independent language and, in this particular case, a very abundant one. Giving each character a thorough look and jointly with the rest, the richness of meaning is impressive. If costume represents interiority, there is no better example than this  one,  where  each  outfit shouts  something in silence – as Virginia, Laura and Clarissa do.

I would like to draw your attention to the colours and patterns that we see within the life of each character, both in costume and in décor. Every single costume change and scenography in each of the stories has a twin in the others, so I challenge you to find the connections and possible meaning of these repetitions. 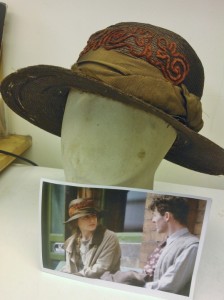 Some of the costumes for Nicole Kidman were hired and made at Cosprop, one of the world´s leading costumiers for theatre and screen, based in London. As you will see from the pictures provided, the state of hat and clothes was not perfect, but this fits the mentally disturbed Virginia, who, despite following the trends, would not worry too much about her looks. We also do not perceive stains and repairs on screen, so the outfit worked perfectly well for actress, designer and spectator.

Finally, and probably most importantly for this group, we have to talk about melodrama in The Hours. I thought the article “The Times of The Hours: Queer Melodrama and the Dilemma of Marriage”, by Julianne Pidduck (http://melodramaresearchgroupextra.wordpress.com/)  would explain this far better than I would, although it gives away a lot of information regarding the plot and could spoil the screening. Here is an abstract if you would like to avoid reading the article for this matter:

As Stephen Daldry said in an interview “the (book) film celebrates life with all its complexities, life is the most powerful thing we have”. So I hope you enjoy watching The Hours as much as I do and come out of the screening full of hope and inspiration for life.

Do join us, if you can for the screening of a wonderful film and some great insider knowledge!