Since we have not had much of a chance to explore melodramatic literature in our meetings, I thought exploring a short(ish) story might be interesting, as well as fairly manageable. 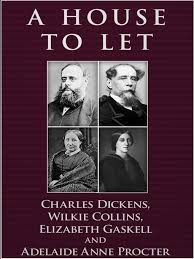 House to Let was written jointly by Charles Dickens, Wilkie Collins, Elizabeth Gaskell and Adelaide Anne Procter for the 1858 Christmas edition of Dickens’ Household Words. The first three writers are, of course, closely linked to melodrama since it infuses many of their novels. Dickens’ Bleak House (1853), and many others in his oeuvre, deploy melodramatic plots, while Collins’ The Woman in White (1860) rests on coincidences, and Gaskell’s Mary Barton (1848) focuses on the suffering eponymous heroine.

Procter’s name may not be as well-known today as the others, but in her time she was considered by some to be the country’s second favourite poet – after Alfred Lord Tennyson (according to Gill Gregory, “Procter, Adelaide Anne (1825–1864)”. Oxford Dictionary of National Biography. September 2004.) 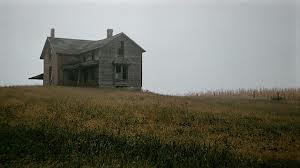 The story concerns an elderly lady and the mysterious goings on in the house opposite: the ‘House to Let’ of the title. In addition to the more obvious melodramatic elements of the story, it should be interesting to analyse how each author deals with melodrama.

Dickens and Collins wrote the first chapter, “Over the Way”, and the last chapter “Let at Last” together, and each of the writers wrote one of the intervening chapters: Gaskell “The Manchester Marriage”, Dickens “Going into Society”, Procter “Three Evenings in the House” and Collins “Trottle’s Report”.

It has been adapted fairly recently (in 2006) for a Radio 4 drama which was directed by Ned Chaillet and starred Marcia Warren.

Find the novella via the Gutenberg Project at: http://www.gutenberg.org/ebooks/2324