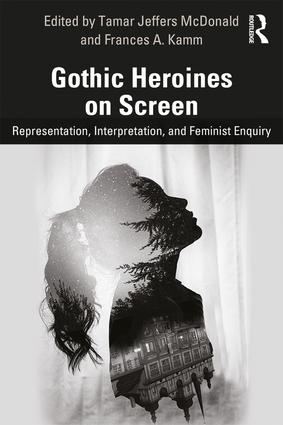 The book (with its amazingly striking cover) brings together several excellent chapters on the gothic heroine in film and television which were originally given as presentations at the first Gothic Feminism conference at Kent  in 2016.

(You can read more about the Gothic Feminism project, including the ‘Technology, Women and Gothic-Horror On-Screen’ conference, which took place earlier this month, on Frances’ Gothic Feminism blog: https://gothicfeminism.com/ )

Many congratulations to Tamar, Frances and all the authors involved. Several of the contributors are from the University of Kent, including:

in the ‘Bluebeard’s Ghost’ section: Lawrence Jackson’s  ‘Bluebeard in the Cities: The Use of an Urban Setting in Two 21st Century Films’ and Tamar’s ‘Blueprints from Bluebeard, Charting the Gothic in contemporary film’

in ‘The Gothic and Genre Forms’ section: Frances’ ‘The Gothic in Space: Genre, Motherhood and Aliens (1986)’ and Katerina Flint-Nicol’s ‘There’s a secret behind the door. And that secret is me. The Gothic Reimagining of Agatha Christies And Then There Were None’

and in the National Cinema section Lies Lanckman’s ‘I See, I see…’ Goodnight Mommy as Austrian Gothic.’

You can read more about the publication on Routledge’s website: