All are welcome to attend the third of the Summer Term’s Maternal Melodrama themed Screening and Discussion sessions, which will take place on the 27th of May, in Jarman Studio 6, from 4-7pm. 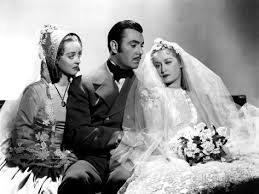 The Old Maid is the last film to be screened in the Melodrama Research Group’s series of maternal melodramas. The screening hopes to spark some interesting debates that will help inform our knowledge of maternal melodrama in preparation for our symposium on the 3rd of June.

Edmund Goulding’s film is loosely adapted from the 1935 play of the same name by Zoe Atkins. The play was also awarded a Pulitzer and is itself adapted from a novella by Edith Wharton. Like many of Bette Davis’ melodramas the film has a defined historical setting, and this time it is set during the American Civil War. The film hurries through events and twenty years before it reaches its finale, but this is a Davis film so there is a guarantee of intense female suffering along the way! Including but not limited to: an illegitimate daughter, lost lovers (yes, plural), and a cruel and yet seemingly caring cousin. Perhaps most heartbreakingly, it is the daughter’s treatment of ‘Aunt Charlotte’ that causes the character such anguish. 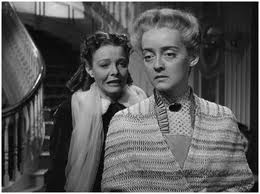 The film itself was not received well by the critics, most only praised the performance of Bette Davis and her co-star Miriam Hopkins (the only actress she seemed to dislike more than Crawford!). Despite the critics dislike for the static look of the film, The Old Maid was successful amongst audiences[1], which of course could lead to a discussion about the importance of maternal melodramas to the audiences of the 30s and 40s.

Other possible areas for discussion:

[1]Over $1.6 million in ticket receipts and Davis’ biggest commercial success to that date, but would soon be beaten by various other films. See: James Spada (1993) More Than A Woman, London: Sphere. pp.219-222

Do join us, if you can, for the last of this term’s screenings.

We can now confirm the films selected for screening in advance of our maternal melodrama symposium on the 3rd of June. 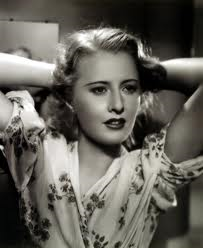 Introductions to these films will be posted at a later date.

And please note the room change: we will be in Jarman Studio 6.