Melodrama Research Group members Katerina Flint-Nicol and Ann-Marie Fleming have released a Call for Papers for a their upcoming conference on TV horror which will take place at Kent on the 27th and 28th of October 2017. 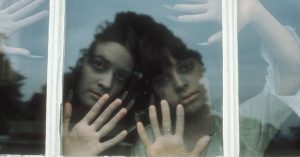 The CFP info from Kat and Ann-Marie:

At home with horror? Terror on the small screen

The recent horror output on TV and the small screen challenges what Matt Hills found to be the overriding assumption ‘that film is the [horror] genre’s ‘natural’ home’ (Hills 2005, 111). Programmes such as American Horror Story, Penny Dreadful and The Walking Dead are aligned to ‘‘quality TV’, yet use horror imagery and ideas to present a form and style of television that is ‘not ordinary’’ (Johnston 2016, 11). Developments in industrial practices and production technology have resulted in a more spectacular horror in the medium, which Hills argues is the ‘making cinematic’ of television drama (Hills 2010, 23). The generic hybridity of television programmes such as Whitechapel, and Ripper Street allow conventions of the horror genre to be employed within the narrative and its aesthetics create new possibilities for the animation of horror on the small screen. Series such as Bates Motel and Scream adapt cinematic horror to a serial format, positioning the small screen (including terrestrial, satellite and online formats) as the new home for horror.

The history of television and horror has often displayed a problematic relationship. As a medium that operates within a domestic setting, television has previously been viewed as incompatible with ‘authentic’ horror. Television has been approached as incapable of mobilizing the intense audience reactions associated with the genre and seen as a medium ‘restricted’ in its ability to scare and horrify audiences partly due to censorship constraints (Waller 1987) and scheduling arrangements. Such industrial practices have been seen as tempering the genre’s aesthetic agency resulting in inferior cinematic imitations or, ‘degraded made-for-TV sequels’ (Waller 1987, 146). For Waller, the technology of television compounded the medium’s ability to animate horror and directed its initial move towards a more ‘restrained’ form of the genre such as adapting literary ghost stories and screening RKO productions of the 1940s (Ibid 1987). Inferior quality of colour and resolution provided the opportunity to suggest rather than show. Horror, then, has presented a challenge for television: how can the genre be positioned in such a family orientated and domesticated medium? As Hills explains, ‘In such a context, horror is conceptualised as a genre that calls for non- prime-time scheduling… and [thus] automatically excluded from attracting a mass audience despite the popularity of the genre in other media’ (Hills 2005, 118).

Helen Wheatley’s monograph, Gothic Television (2006), challenges the approach of television as a limiting medium for horror, and instead focuses on how the domestic setting of the television set is key to its effectiveness.  Focusing on the female Gothic as a domestic genre, Wheatley draws a lineage from early literary works, to the 1940s cycle of Gothic women films and Gothic television of the 1950s onwards. Wheatley argues for the significance of the domestic setting in experiencing stories of domestic anxiety for, ‘the aims of the Gothic drama made for television [are] to suggest a congruence between the domestic spaces on the screen and the domestic reception context’ (Wheatley 2006, 191).

Developments in small screen horror are not restricted to contemporary output. In his work on the cultural history of horror, Mark Jancovich argues that it was on television in the 1990s where key developments in the genre were taking place (Jancovich 2002). Taking Jancovich’s work as a cue, Hills develops his own approach to the significance of horror television of the 1990s. Hills cites Buffy the Vampire Slayer and The X Files as examples of programmes striving to mobilise the genre’s more graphic elements while existing as a ‘high-end’ cultural product: ‘authored’ TV that targeted a niche fan audience (Hills 2005, 126).

Taking these recent developments into account, the aim of this conference is to engage with such advances. Can we say that it is on the small screen where critical and creative innovations in horror are now being made? How has the expansion of satellite television and online sites impacted on the genre? How has the small screen format developed the possibilities of horror? Is the recent alignment with ‘quality TV’ evidence of horror’s new mainstream status? This conference will also reflect on seminal works on television horror and revisit the history of the genre. In addressing these questions the conference will underline the importance of the small screen for horror, within the study of the genre and of the medium, and ask: is the small screen now the home of horror?

Please submit proposals of 400 words, along with a short biographical note (250 words) to horrorishome@gmail.com by Friday 30th June. We welcome 20 minute conference papers as well as submissions for creative work or practice-as-research including, but not limited to, short films and video essays.