Many thanks to Kat for very kindly providing the following summary of our recent discussion in the Melodrama Research Group.

Where is the architecture?!

Continuing with the focus on the gothic, but diverging from the cinematic tradition, The Melodrama group decided to read and discuss a modern take on the Gothic tale by reading Alice Thompson’s The Book Collector.

An overview of our discussion clearly pointed towards mixed feelings towards the novel; as much as the group endeavoured to be positive, there was an overall feeling of disappointment, bordering on frustration and annoyance with The Book Collector. The positives that were initially discussed were the chapters when Violet was in the asylum and the transition between the last chapters. It was considered by some of us that the strength of the book could be found in the chapters based in the asylum as this was where the quality of the writing peaked. It was interesting to have been written from Violet’s point of view and the account of being committed to an asylum a vivid portrait. It was commented on that it was refreshing to realise there was no Prince Charming coming to rescue Violet and in so doing, the narrative resisted a more traditional gothic trajectory.

However, it was also noted that the pacing of the narrative was uneven; that the book longed for more ‘twists in the tale’ towards the closing chapters, and there was little for the reader to emotionally engage with. Many in the group found it challenging, if not impossible to emotionally connect, and care for, Violet, which was a troubling aspect for the group. Another point of contention was the lack of focus and description of the house, which is a significant trope of the Gothic. As much as there were extensive descriptions of meal times, which provided an insight into the size and routine of the home, it never substantially compensated for a more gothic rendering of the home. Following on from the lack of focus on the house, the group found it was difficult to place the period the novel was supposedly set in, other than the write up found on the back cover of the book. The time period was not explicit enough, with oddities occurring such as references to ‘calling from the office’. What couldn’t be decided upon at this point in the discussion was whether this was a strategy of the novel, or rather inexperienced and ‘bad writing’.

With the mention of a supposed writing style, the discussion then turned to whether the book was a piece of fan fiction. It was noted that Thompson appeared to take great joy in utilising motifs of the Gothic and that the novel as a whole drew upon, or was reminiscent of, many other sources – the tale of BlueBeard; films such as Gaslight, Rebecca, The Secret Beyond the Door; and literature, Jane Eyre, Northanger Abbey, Yellow Wallpaper, and Frankenstein; as well as the tradition of fairy-tales. The group 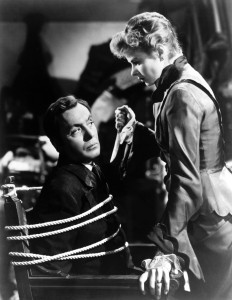 noted how the book was to an extent, reminiscent of Angela Carter’s work. However, Thompson’s writing style was problematic on several levels. Firstly, the writing appears to be dispassionate and detached, but the group felt there wasn’t enough evidence to deduce whether or not this was a deliberate act of the writing. Some elements and plot devices were ill-timed and seemingly dispensable, such as Clara’s father, and there were missed opportunities to develop the more interesting ideas, such as the fetish for books, and the tension between the book as physical object and ideas contained within the covers.

Secondly, the novel lacked the intangible “spirit” of a Gothic novel. It was observed by the group that although The Book Collector adhered to all the co-ordinates of a gothic novel by including all the necessary tropes and concerns, it lacked a Gothic tone. In comparison to novels, such as The Woman in Black, this novel did not feel monstrous enough. Structure wise, some chapters were too short leading to an uneven pace. At best it was felt that the novel was heavy handed in places, and drew upon too many other forms and sources. In so doing, the book fell between working as a fairy-tale and 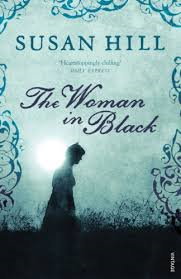 working as a gothic novel. In essence, Thompson fundamentally misunderstood how to create a Gothic atmosphere. Whereas Angela Carter created adult focused re-workings of fairy-tales, Thompson appears unsure in what direction she would like her novel to follow. The group thought the novel worked as a first draft, but would have benefitted from further re-workings and a more robust editing process. As it stands the novel does too little to direct the reader to any authorial intent and thus adds to questioning what was the purpose behind writing the novel.

Many thanks Kat for suggesting the novel, leading the discussion and providing this excellent summary.

All are very welcome to join us for the next Melodrama Meeting on Monday, 17th of October, 5-7pm, in Jarman 7. We will be discussing Kat’s choice of gothic text: Alice Thompson’s novel, The Book Collector (2015). 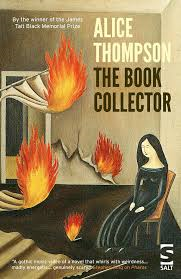 On its release in 2015, The Book Collector, was noted for its liberal use of gothic motifs, its allusions to fairy tales, and for its ‘melancholic sadism’. Described as an Edwardian gothic chiller, The Book Collector, was heralded as residing somewhere between pastiche and critique. Indeed, Alice Thompson makes many nods to previous gothic outings; Angela Carter, Hans Christian Andersen and most notably the Bluebeard myth.

Set in Edwardian England just before World War I, orphaned Violet is approached by a mysterious man at a cafe who leaves her his business card for his second-hand book shop, a most appropriately gothic named, Looking Glass. The shop proprietor turns out to be Lord Archibald Murray, a recent widower. Violet and Archibald marry quickly and soon settle into a fairy tale existence in Murray’s Arcadian country home. Wanting for nothing, it isn’t long before Violet gives birth to a son. But as with all Bluebeard narratives, living a fairy tale existence comes at a price. Violet begins to grow suspicious and doubts Archie’s love for her. She becomes obsessed with one particular book of fairy tales in Archie’s collection, an obsession that leads to Violet suffering from paranoid hallucinations, resulting in her incarceration in a nearby asylum. On her return to the family home, Violet finds Archie has employed a nursemaid, the beautiful, yet enigmatic, Clara. Disturbed by Clara’s presence, Violet becomes perturbed by her husband’s nocturnal absences and by the disappearance of women from the local asylum. As Violet begins to investigate, she soon realises that the horrors of the asylum are nothing compared to what she uncovers.

While there is little doubt of the debt owed to the gothic tradition by The Book Collector, it is more challenging to ascertain whether the book seeks to critique gothic tales such as Bluebeard, or if it desires for a more pastiche rendition.  The book does not shy away from its explicit citing of gothic tropes; the secretive husband, the country estate, female insanity, asylums and forbidden texts. However, there are jarring elements that contemporises the gothic sensibility in, The Book Collector. Following on from the previous meeting’s screenings of Bluebeard, The Book Collector, is an ideal text to discuss, for it provides another interjection not only into the history of the Bluebeard narrative, but also into the gothic tradition.