All are welcome to attend the third of this term’s screening and discussion sessions which will take place on the 30th of October in Keynes Seminar Room 6, from 4pm to 7pm. 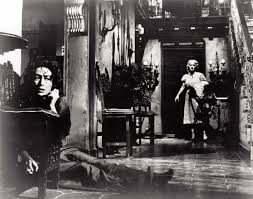 What Ever Happened to Baby Jane? was adapted from Henry Farrell’s 1960 novel of the same name. The story takes place in a once-fashionable part of Hollywood where two sisters share a dilapidated gothic mansion. ‘Baby’ Jane Hudson was a child star in cinema’s very early days, while Blanche’s heyday was as a movie queen during the 1930s. The sisters are now forced to live together, partly due to a serious accident which has left Blanche wheelchair-bound, and their unhealthy and violent relationship forms the core of the film. 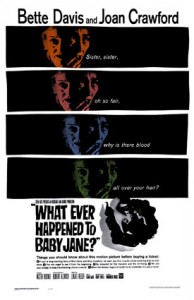 wood’s greatest female stars –  Bette Davis and Joan Crawford – in the roles of the Hudson sisters provoked comment at the time. For example, both the film’s trailer and Variety’s review find the teaming of the stars significant. The trailer touches on the matter of star image as it warns the potential audience that What Ever Happened to Baby Jane?  does not resemble the pair’s previous (separate) films. Meanwhile, Variety opines that the casting of Davis and Crawford in retrospect seems like a ‘veritable prerequisite to putting Henry Farrell’s slight tale of terror on the screen’. It certainly led to great returns at the box office: the relatively low budget (just over $1 million) film grossed $9 million.[1] 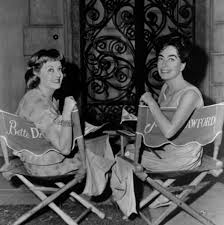 The film’s production has earned its place in Hollywood folklore in the intervening years. This is primarily due to the assertion that this marked the culmination of Davis and Crawford’s long-running, and some might say melodramatic, feud. Like many Hollywood stories though, this is only partially true. Several sources note the one-upmanship that took place during filming. For example, Bob Thomas’ biography of Crawford details some of the ‘conflict’ between the stars (pp. 224-229). Charlotte Chandler’s ‘personal’ biography of Crawford concludes that the ‘legendary feud between the two may have been just that – a legend’ dreamed up by Baby Jane’s publicity people which the stars both ended up believing (p. 248). Whenever the feud started, and for whatever reason, Davis had very definite ideas about a sequel to the film: “I’ll tell you the first scene. It’ll be a scene of this one,’ pointing at herself, ‘putting flowers on that one’s grave” (p. 250). (A follow-up film Hush… Hush, Sweet Charlotte, was made in 1964 – but with Olivia de Havilland replacing an ill Crawford part-way through).That until Baby Jane Crawford was not really on Davis’  radar is supported by Davis’ autobiography The Lonely Life, published in 1962, which does not even mention Crawford. Davis rectifies this, with relish, in her 1987 post Baby Jane memoir This ‘n That. 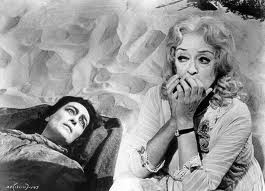 Regardless of any melodramatic off-screen tales surrounding What Ever Happened to Baby Jane? the American Film Institute (AFI) Catalog categorises the film text as melodrama. The AFI defines melodramas as ‘fictional films that revolve around suffering protagonists victimized by situations or events related to social distinctions, family and/or sexuality, emphasizing emotion’. [2]

Recent scholarly work on What Ever Happened to Baby Jane? has focused on issues of aging, stardom and disability, matters we might well find it interesting to ponder. The articles/chapters include:

Anne Morey. “Grotesquerie as marker of success in aging female stars.” In the limelight and under the microscope: forms and functions of female celebrity (2011). (See our additional blog: http://melodramaresearchgroupextra.wordpress.com/ for more details.)

Do join us, if you can, for a classic 1960s melodrama with two superb performances from major 1930s female Hollywood stars.

[1] The budget for the film was $1,025,000 according to Alain Silver and James Ursini, Whatever Happened to Robert Aldrich?, Limelight, 1995 p 256. Box Office Information for What Ever Happened to Baby Jane? IMDb. The $9 million figure relates to worldwide grossed. Retrieved 22 October 2013.