I just thought I’d draw attention to a radio adaptation of Dion Boucicault’s The Octoroon (1859) which broadcast as part of Drama on 3 on Sunday 5th of May. Boucicault is of particular interest to us at Kent as the Templeman Library’s Special Collections hold much archive material relating to the man and his productions: (http://www.kent.ac.uk/library/specialcollections/theatre/boucicault/index.html)

If you hurry, you may still be able to catch it on the BBC iplayer! http://www.bbc.co.uk/iplayer/episode/b01ryffy/Drama_on_3_Curated_by_Mark_Ravenhill_The_Octoroon/(Sadly I think this link only works for those in the UK.)

As part of a season of plays curated by playwright Mark Ravenhill, BBC Radio 3 presents new production of Dion Boucicault’s 1859 melodrama The Octoroon – a play that sparked debates about the abolition of slavery and the role of theatre in politics. The drama was recorded in front of an audience at Theatre Royal Stratford East, the venue that saw an earlier production of the same play in 1885.

The story centres around the inhabitants of the Louisiana plantation of Terrebonne. Zoe, the “octoroon” of the title, is the daughter of its owner Judge Peyton by one of his slaves, but she has been raised as part of the family. When the Judge dies, the plantation falls into financial ruin and the Judge’s handsome nephew George arrives as heir apparent. George and Zoe soon find themselves in love, but their future happiness is thrown into jeopardy by the plantation’s evil overseer Jacob McLosky who has dastardly designs on both the property and Zoe. McLosky will stop at nothing – not even murder.

Dion Boucicault’s play contains all the elements of great melodrama – doomed love, murder, corruption, and live musical accompaniment throughout. When it first opened, two years before the start of the American Civil War, The Octoroon sparked debates about the abolition of slavery and the role of theatre in politics.

I found some vey useful discussion relating to Love on the Dole on the BFI’s website. 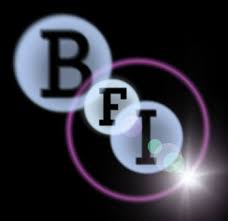 Find a synopsis of the film and a consideration of its importance here: http://www.screenonline.org.uk/film/id/485682/

There are also wider comments on Social Realism and British Cinema: http://www.screenonline.org.uk/film/id/1037898/

Do log in to comment on these if you wish, or email me on sp458@kent.ac.uk to add more.

Unfortunately we only had time for a brief discussion, but if anyone would like to add their thoughts do log in and comment, or email me on sp458@kent.ac.uk.

It was noted that a melodramatic plot certainly formed the core of the film. The main female character Sally Hardcastle (played by Deborah Kerr) suffered losing her fiancé, Larry. In addition she was forced to become a rich man’s mistress in order to save her family.

However the film did not only focus on Sally – even on her romance. Much time was given to portraying her immediate family (father, mother and brother Harry and his love life), and more surprisingly to the local gossipy women.

Due to this, the sense of melodrama was not constant throughout, with the melodramatic ‘action’ picking up towards the end with Larry’s death at the protest and Sally’s subsequent decision to sacrifice herself for her family. The film’s concern with the wider social issues of politics, the working man, the place of women etc added to the sense that the melodrama was diffuse. Arguably collective working class suffering was depicted. Since melodrama is often about the bourgeois and the individual (as we saw in the 1940 UK version of Gaslight) this appeal to social realism sat rather awkwardly.

The use of music was also discussed, with the evident difference between the city and country interludes commented upon.

All are welcome to attend the first of the Summer Term’s screening and discussion sessions which will take place on the 8th of May in Jarman 7, from 5pm to 7pm. 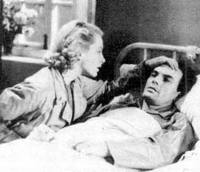 John Baxter’s film starred Deborah Kerr and Clifford Evans (see picture above) and was based on Walter Greenwood’s 1933 novel of the same name. Set in the north of England during the Great Depression, the plot concerns unemployment and poverty amongst the working classes.

Due to its subject matter, the novel was not permitted to be filmed by the British Board of Film Censors until 1941. Its realistic approach to social problems prefigures the Social Realism British films of the 1960s.

The intersection (or perhaps inherent contradiction) of realism and melodrama will provide a focus for our discussion, while the matter of class is also an important one for us to consider.

Do join us for this critically acclaimed piece of British film history.