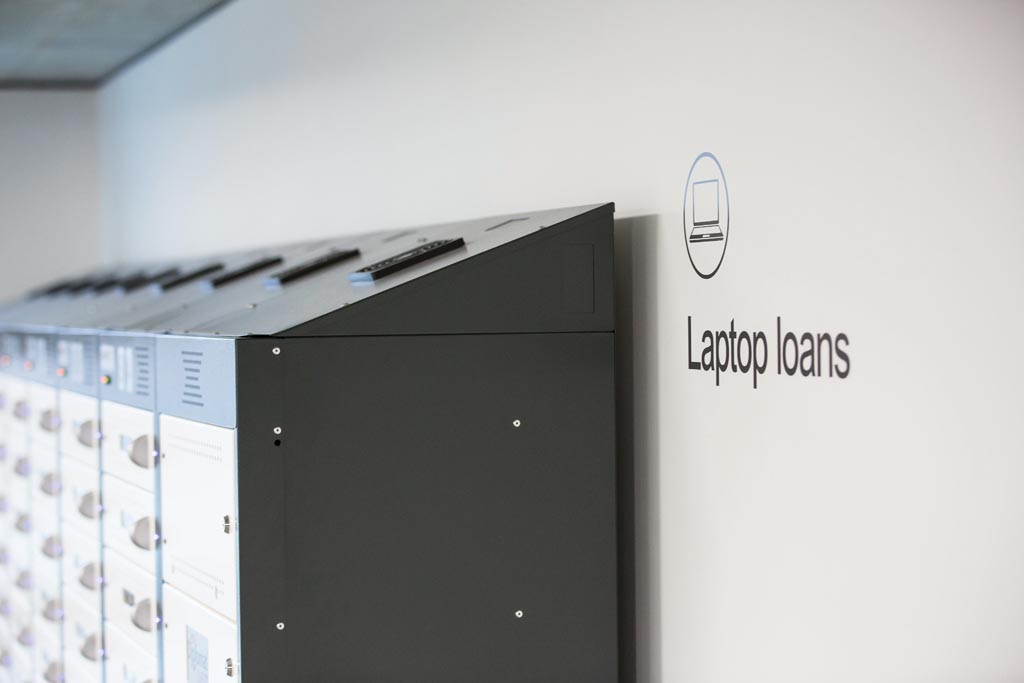 We carried out a UX exercise, creating a mock advert and having short conversations with library users to get a feeling for how the messaging was coming across, and to help us shape the description and promotion of the actual service.

After the Laptop Loan service was suspended a year ago (following the outbreak of the COVID-19 pandemic), we have been exploring the best way to reinstate it. This hiatus has also given us the chance to rethink and redesign the service, to improve its quality, user experience and sustainability. The previous batch of laptops were due for renewal anyway, and as the previous service had not been performing so well on the IS Survey for 3-4 years beforehand, we felt that this was a prime opportunity to make something better!

The UX exercise was designed by Angela Groth-Seary, Kaidi Goke, Jon Peacock and Nick Goodman in a series of meetings, with Bonnie Ferguson as the sponsor of the overall project.

Quality & Marketing created a flier as a mock-advert prototype. This provided a description and a list of the features and limitations of the service. The flier made it obvious that this was a mock-up and not a finalised service. We decided to use the ‘grab-and-go’ interview format to keep it more informal. We approached library users as they interacted with the Support Desk, or after they had used their carrel for the day to get their views on the proposed service.

We asked them questions such as whether or not they thought the service would be useful, and for any comments (positive or negative) about aspects that they thought were good, or things that could be improved upon! This allowed us to test the messaging, and helps us shape the description and promotion of the actual service as we move into the next phase of this project’s development. This is an image of the flyer we used: The feedback (gathered from 26 people) was overwhelmingly positive; people felt that the service was clearly described, would be useful for them, and that the terms and conditions were all justifiable and fair. The major issue people had was the 4 hour limit before you needed to return the laptop, and how this would be handled if they needed extra time to work, or wanted to borrow another laptop after that.

People were also understandably concerned with how the hygiene aspects would be handled during this pandemic and suggested ways in which we could provide information about this clearly.

A selection of feedback comments

Overall, people brought up many valid points, and it was fascinating to learn about the varied ways in which people approached this messaging and project, and to communicate more directly with our library users about what we think will be a great new service!

We have taken all this user feedback on board, and will adjust our messaging, design and budget to reflect this as we move through the ongoing development stages of the project.