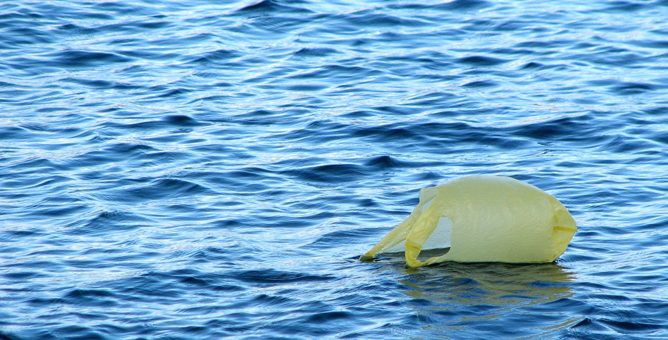 Guest post: Mark Roberts is CEO of Conscious Creatives, a group of like-minded individuals pursuing a greater purpose through our work. Saving the planet by producing branding and digital communications packages that place sustainability at their heart and deliver long term revenue.

There will be more plastic than fish in our oceans by 2050.

That is the reality of the situation we find ourselves in after decades of plastic abuse.

Plastic straws, in particular, have hit the headlines for all the wrong reasons. Poignant footage of a straw being removed from a turtle’s nose highlights the problem in microcosm.

But of the nearly 9 million tonnes of plastic waste that hits our oceans every year, just 2,000 tonnes comes in the form of plastic straws. That’s 0.22%. So is banning straws the answer our environment is crying out for? The demand for change

Recently there has been a wave of support for plastic-free alternatives and for the reduction of plastic use altogether. Organisations like Surfers Against Sewage are helping people turn their local communities into plastic-free zones and companies like Costa Sunglasses are turning plastic waste into sunglasses.

This awareness is fantastic and it helps consumers understand the importance of why they should pay attention to this scourge of the sea. One comment I heard recently though was “I didn’t ask for my products to come in this kind of packaging, it’s not my fault”. Infuriating as the lack of responsibility was at the time, I actually understand why the comment was made.

At a time when climate change has become more and more evident and we have documentaries like Blue Planet 2 highlighting the over-consumption of plastics it now goes beyond the consumer to governments and corporations to do their part.

The role of politics and industry

At the highest level, the United Nations and its member states are working towards the Sustainable Development Goals. These include 17 major areas of sustainability that go far beyond just plastic, seeking to eradicate hunger and social inequality as well.

The corporation part comes from the work done by the UN Global Compact, which partners with businesses all over the world to collaborate on the agendas set out by the UN. Some of the largest businesses in the world are part of this group and in theory this is a great step towards the highest authorities taking responsibility.

However, Lise Kingo, CEO and Executive Director for the UN Global Compact explained at a recent sustainable business summit that we need to be spending around 2 trillion dollars per year to meet these goals. At the moment, we are well short of that target.

To most of us, 2 trillion USD sounds like an awful lot. Here in the UK, the high street banks pull in 12 trillion GBP per year, with a shadow banking sector adding another 2 trillion GBP. It’s not that the money is not available to solve all of these problems — the reason we have not solved them is that they are simply less important than profits for the elite. If one sector from one country could save the planet, imagine what would happen if the whole world took part.

As consumers we are stuck in two minds: either we wait for the giant companies to do something when they feel like it, or we engage our inner activist and make choices that force businesses to listen. The person who made the statement above may feel powerless, frustrated and ultimately a little guilty that their consumer habits are impacting the world in a way they don’t want. But there are reasons for optimism.

One example of a good fight against a giant corporation is Greenpeace’s work against Coca-Cola. With all of their various products they produce an estimated 100 billion throwaway plastic bottles per year. They are very much at the centre of this problem.

Coca-Cola, however, have done what many corporations have done — acknowledged the problem but offered no real solution. Coca-Cola Europe have committed to their packaging being 100% reusable or recyclable by 2025, but that’s the only hardened objective that the entire company have set forth.

If we as consumers stopped buying Coca-Cola products then it wouldn’t take long before they noticed. This is where the power of the consumer comes in. Whether we feel like it or not — and it may be very difficult to accept — we do have a choice. Positive action you and I can take today

I offer then a conclusion that lies in action. No longer can we sit on the fence. We have to take a stand and ask ourselves what kind of state we wish to leave the planet in for future generations. The choices we make right now will affect billions of people, present and future.

It is not fair that the giant manufacturers are using our busy lives and desire for a good life as a way of profiteering at the cost of the planet. It’s now time to move past being angry at that fact and face the reality of what needs to be done.

I urge you to find your local zero waste store, explore what they have and ask lots of questions. By local, buy high quality and buy less. Look for the places that offer paper straws instead of plastic straws but understand that while this problem is way bigger than any individual, this is our stand for what we believe in.

If you feel inspired do not stop there. Speak to your local council, your local MPs and your local businesses to see what they are doing to tackle the problems that the environment faces. The more people that show they care, the more likely the big companies will make the changes required so that we as the consumer can have the choices we really want and the planet really needs.