Today is the day that so many people have been looking forward to in 2012: the bicentenary of Charles Dickens’ birth. 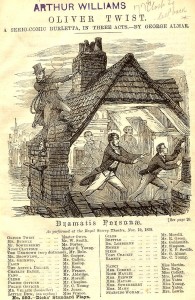 I’d just like to take this opportunity to say Happy Birthday Boz, if not quite as popular now as in his heyday, still standing the test of time remarkably well. Who would have thought that, two hundred years after his birth in 1812, many of Dickens’ characters and stories would be part of popular culture today? With adaptations, spoofs and much-loved inspiration, Dickens’ work continues to be as powerful and timely to us as any number of twentieth century authors.

Few people could have failed to notice that 2012 was going to bring a rush of Dickensian fans to the fore; don’t worry, I’m not going to make a stand for the literary merit or try to explain the enduring popularity of Dickens’ works. Instead, I’d like to update you about what we will be doing, here in Special Collections, to mark this year.

As you may have guessed, our 2012 will be heavily focused upon Dickens. Our Dickens Theatre Collection draws together elements of our extensive Victorian and Edwardian Theatre Collections with a small collection of Dickens ephemera, and will be the mainstay of our bicentenary celebrations. In fact, those of you who are regular visitors to the Templeman Library may have noticed that our new Welcome Hall display is already celebrating all things Dickens in the library. Do have a look, and try to guess the characters from the Kyd sketches. We’re working on pages for the website which will allow a virtual exploration of our Dickens holdings and hope that this will be up and running by May. 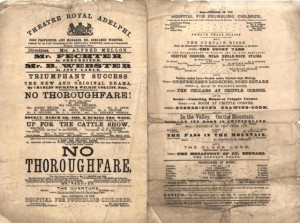 Currently Chris, Hazel and myself are working hard to prepare for our first exhibition of the year. Dickens Dramatised will focus on nineteenth century adaptations of Boz’s works for the theatre and explore the writer’s immense popularity on the stage. From the start, with Sketches by Boz, Dickens’ work was being transformed for the stage. While many of the playwrights reworked the novels into theatrical forms without consulting the writer, Dickens himself tried try, and on some occasions succeeded in, writing for the stage. He also acted, appearing on his own stage at Tavistock House, in 1855, under the stage name Mr Crummles in Wilkie Collins’ The Lighthouse. Dickens collaborated with Collins on several occasions to produce plays, but was rebuffed when attempting to adapt his own most popular work of Oliver Twist. Dickens Dramatised will explore the relationship between Dickens’ novels and the theatre during the height of his popularity.

More news on this coming soon, I hope! 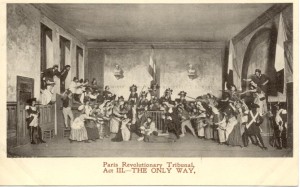 We hope to produce two more exhibitions this year, one in the summer term, examining Dickens’ impact on visual art in the twentieth century through cartoons held by the British Cartoon Archive, and one in the autumn, looking at the Dickens craze as it moved beyond the author’s lifetime. As soon as we have dates for these exhibitions, I will let you know.

Just in case you feel that there is such a thing as too much Dickens, don’t despair; we’re also hoping to work on the Dion Boucicault Collection throughout the year, digitising playbills and cataloguing materials. Theatre is one of our key areas for development, but I am sure there will be plenty of exciting developments to the Collections during this year.

So as you’re munching on your special Dickens birthday cake, I hope that you’ll join with us in wishing Boz a very happy two hundredth birthday!