With the recent release of gender pay gap figures by businesses within the UK employing 250 people or more, the topic of unequal pay in the workplace has once again made the headlines. Kent Business School’s Dr Patricia Lewis shares her thoughts.

We live in a world where the principle of equality is now part of our common sense. A clear majority of people accept that individuals, no matter what their difference, should not be prevented from achieving their full potential, particularly in the workplace. Alongside this acceptance of the principle of equality is the belief – articulated over the past twenty years – that discrimination based on difference is no longer an issue. This view is strongly expressed in relation to gender.

Inequality based on a negative evaluation of women’s capabilities connected to their female and feminine attributes is believed to be a thing of the past – that is until companies made visible the difference in pay levels between men and women. The gender pay gap has put a huge question mark over claims that discrimination, or at the very least differential treatment based on gender is no longer something we should be concerned about. How should we explain the substantial gap in the pay levels of men and women – 26% average pay gap in financial services, 21% average pay gap among lawyers, 16% average pay gap in education to cite a few reported in The Sunday Times?

Those who think that this pay gap does not represent discrimination cite the different “choices” women make in comparison to men. Women “choose” to work part-time, women “choose” to work in the service sector – caring, beautifying, serving others – women “choose” to have babies. Given this argument, differences in pay levels are due to different labour market choices made by women in comparison to men. But is the pay gap simply due to individual choices? Should we believe that if women choose differently then there would be no pay gap? It is not only the pay gap itself which leaves us with a sense of discomfort, but it is the actual size of that gap.

When you take the size of the discrepancy in pay levels between men and women into account it is a chasm we are talking about, not just a gap, and individual choices are not enough to explain its size. When individuals make choices they do not do so in a vacuum but within a cultural context. That context provides them with a set of norms and a way of thinking which influences and guides their behaviour.

When it comes to choices around work – e.g. Can I do this job? Will I fit into the work environment? How similar or different am I from others who work here? Do I have the right skill set? Is this appropriate work for me? Will it fit into my life? – cultural norms around gender have a big influence.

Alongside the popular denial of ongoing discrimination based on gender over the past twenty years, there has also been an assertion of the notion of ‘natural’ sexual difference between male and female alongside the assertion of a philosophy of intensive mothering and the suggestion that women are no longer forced into the home to raise children but choose to do so. This emphasis on choice, ‘natural’ sexual difference, the retreat to home, are associated with the cultural phenomenon of postfeminism which has changed how we view women’s position in the workplace while at the same time reasserting their traditional commitment to home and children. It is this calibration between work and home which impacts on women’s “choices”, so any choice that is made in relation to work is a cultural one and not just an individual one. Except in the most invidious situations such as that which pertains at the BBC in relation to the gap in pay between presenters (e.g. Sarah Montague was the only presenter on the BBC Radio 4 flagship news programme paid less than £150,000 when, for example, her colleague John Humphrys was paid £600,000) where anger may drive the pace of change.

Altering a culture which still suggests that women are more suited to low paid caring work, that the money they earn is, to use that old fashioned phrase, “pin money” earned for extra luxuries but not the “real” income in a household, is going to take a long time. In other words, don’t hold your breath! However, while seeing the gender pay gap may make women’s blood boil, making this gender pay chasm visible is the first step to change. 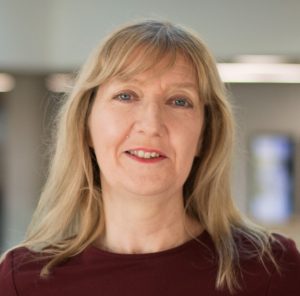 Dr Patricia Lewis’ research is located in the broad area of Gender and Organisation Studies and she is interested in exploring the impact of social and cultural norms (connected to gender) on managers, management and organisations. She teaches across all levels of Kent Business School’s programmes.