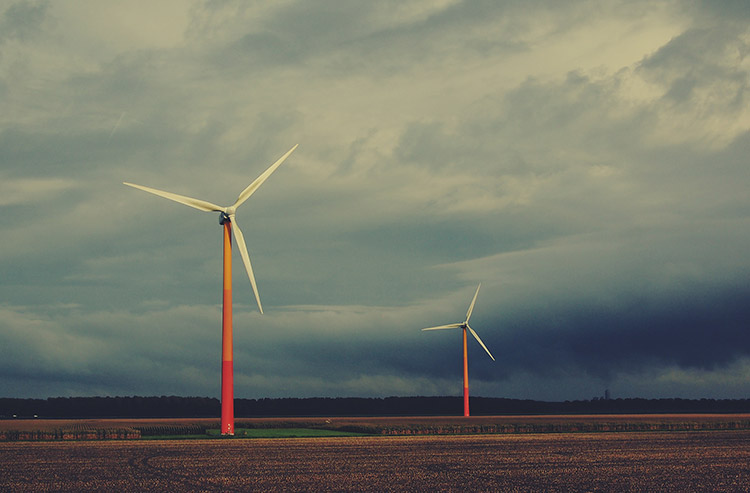 With COP 27 in full swing, the threats of global ecological crisis are taking centre stage in our news again.

The recently published “Emissions Gap Report 2022” from the UN shows that we’re not doing nearly enough to combat the threat of a warming climate. Not only is there “no credible pathway to 1.5C in place” but even if we were to implement all of the pledges made during COP 26, this would still produce a rise in global temperatures of 2.4-2.6°C by the end of the century.

Among all of its bluster and talk of sustainability among various branches of the government, the UK is not making sufficient progress towards hitting its own climate targets in several areas. Consequently, many leaders within the scientific community are suggesting that we are accelerating closer to “tipping points”, points where the feedback loops begin and the changes to global ecological systems become irreversible.

It’s important to place these stories in the context of the many others that we can see and understand how they make us feel and how they encourage us to act.

For example, many of the scientists (e.g. Scientist Rebellion) and political activists (e.g. Insulate Britain or Just Stop Oil) encouraging us not to give up, to continue to lobby our governments, to take direct action because the situation is dire. The story is that we live in a climate emergency, and we must do whatever can, with actions big and small to mitigate it. At the same time fossil fuel companies like Shell report record high profits. The story is that while fossil fuel dependence is regrettable, the company is providing a needed service and making great strides towards sustainable forms of energy. How can these seemingly contradictory stories (and many others like them) exist alongside each other?

They are possible because they are logically consistent with a capitalist ethic that continuously seeks the production of profit and creates new possibilities for growth through the creation of new markets.

Protests are possible and not violently stamped out in advance because they create markets. Markets for private security, markets for cleaning up paint, markets for insurance and so on, all supported by a press interested in selling newspapers and driving website traffic.  Shell’s profitability is possible for the same reason, sustainable development generates new markets for green technologies, new jobs in solar, wind, and biofuel and so on. Capitalism continuously co-opts and commodifies any stories that we try to tell in order to serve its own ends.

In Capitalist Realism, Mark Fisher commented that because of its intrinsic need for growth and expansion, “capitalism is by its very nature opposed to any notion of sustainability”. The passage of time, and I suspect the events that will take place at COP 27, will only continue to reinforce how true this statement is. Unless we can find a way to create stories of post-capitalist life, we won’t be able to adequately mitigate or avert ecological crisis.

Dr Sideeq Mohammed is a Lecturer in HRM/Organisational Behaviour at Kent Business School. He is author of Stories and Organization in the Anthropocene: A Critical Look at the Impossibility of Sustainability.

One response to “Post Capitalist Life – the Only Way to Avert Climate Crisis?”