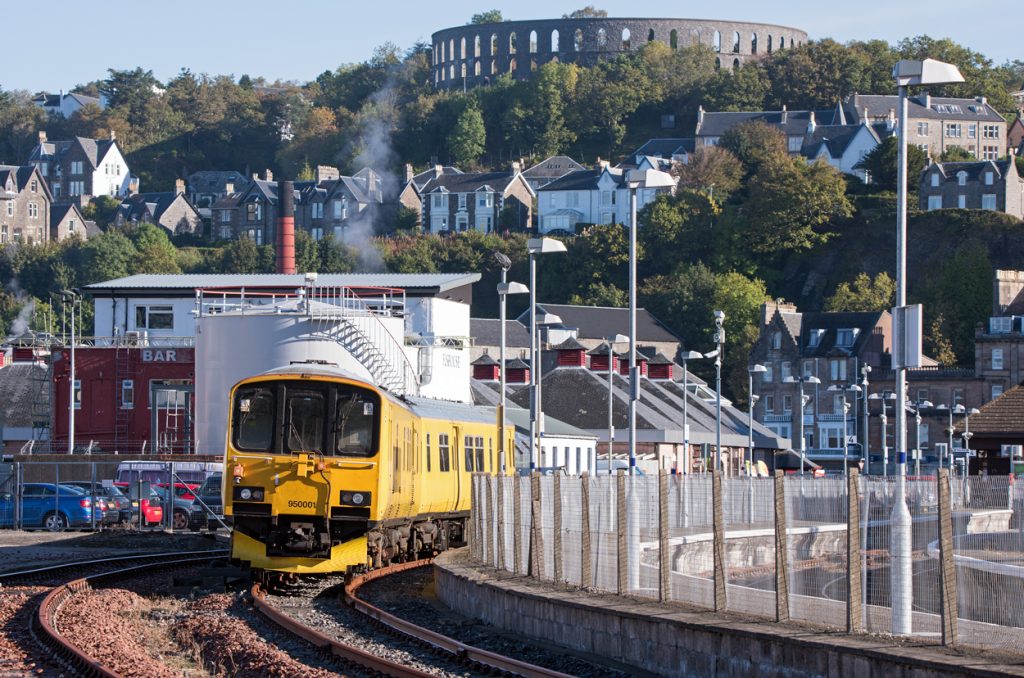 With a background in operations, Ian Stevens joined the Network Rail team, the main train infrastructure provider in the UK, in September 2012 as the Suicide Prevention Programme Manager. Since working for Network Rail Ian has published a number of papers and presented at conferences around the world including Canada, the USA and Europe on Network Rail’s suicide prevention programme. During his in-class presentation Ian spoke about the rail industry’s and Network Rail’s partnership with the Samaritans, discussed the benefits and conflicts that arise during the partnership and discussed with the students the potential future of this partnership.

In 2010, Network Rail on behalf of the rail industry entered into a contract with one of the country’s leading charities in suicide prevention, Samaritans. The purpose of this partnership was to seek Samaritans’ expertise in addressing the increasing problem of rail suicides. The rail industry led by Network rail established this partnership due to the increasing number of suicides taking place on the network every year as well as the negative impacts on the industry such as: drivers being traumatised resulting in them going off sick, the trains being delayed and requiring repairs after the incident. Surprisingly each suicide costs the industry at least £250,000.

In every in-class session, we discuss the question that is provided in advance by the guest speaker. In this way we have the opportunity to reflect individually at home, then discuss our reflection in small groups in class and finally we discuss collectively and openly with everyone, including the guest speaker. In this case the in-class question that Ian Stevens provided was:

In 2020 Network Rail’s contractual relationship with Samaritans comes to an end. Is it feasible that after this date a meaningful prevention programme across the industry could continue without them?

If you would like to read on the Network Rail-Samaritans Partnership you can the article in the Guardian provides a great overview.

My response… Network Rail has the option to provide a suicide prevention programme by themselves as they will have learnt numerous valuable skills on ways to reduce suicide rates and techniques in dealing with these types of situations. These skills can be incorporated in the organisation’s culture and training to ensure the continuation of the suicide prevention programme. Breaking away from the contract with Samaritans might provide Network Rail with more opportunities to work with other charities or groups locally that are focused on helping those who feel suicidal.

Civil society organisations, such as pressure groups, charities etc. are part of the third sector and are now regarded increasingly as a counterbalance to the state and businesses, guarding against abuse of power and ensuring individuals’ best interests are served (Reece, 2001).

The three perspectives of corporate citizenship (CC) are: the limited view which equates CC with corporate philanthropy, the equivalent view which equates CC with CSR and the extended view of CC which acknowledges the political role a firm can play in society (Crane, Matten & Moon, 2008). The rail industry/Network Rail-Samaritans partnership is an example of an extended view of corporate citizenship. Ian mentioned how the government is concerned with the suicide rates on the rail and puts pressure on Network Rail to reduce the number of suicides occurring. By implementing the partnership originating suicide prevention scheme reducing suicide rates on the rail, Network Rail has extended their corporate citizenship role and that of the rail industry to take on a political role in society by acting as a welfare provider, a traditional role of the state.

The partnership between the Network Rail and Samaritans is a great start when it comes to reducing suicides, but this issue is much bigger and affects numerous people not just Network Rail. Therefore it could be argued here that despite Network Rail taking on a political role in reducing suicide rates the responsibility ultimately lies with the government. In other words, it is the government’s responsibility to really make a difference in reducing suicides in society and to achieve this it will need to increase funding to mental health services and suicide prevention schemes across the board. In addition, Samaritans sell training courses similar to that provided to the rail industry in the partnership, which raises the question if a workplace cannot afford a training course will the Samaritans not help them? Is their mission really to reduce suicide rates or are they also working like a ‘business’ after all?

In addition, if Network Rail discontinued their contract with Samaritans the charity’s ability, i.e. their own political role lobbying the government would be negatively affected. Reflecting on the above and taking into account the positive impacts this partnership has already achieved it influenced me to change my initial answer to the in-class question. Network Rail may be able to continue without the Samaritans, but the results are unlikely to be as effective and they will lose their potential lobbying power. Therefore, I believe Network Rail should continue the partnership with the charity as this will provide a more meaningful prevention programme achieving the maximum benefits for the majority of those involved.

I look forward to your own views and comments!