Congratulations to the University Chamber Choir, which sang as part of last night’s University Carol Service. 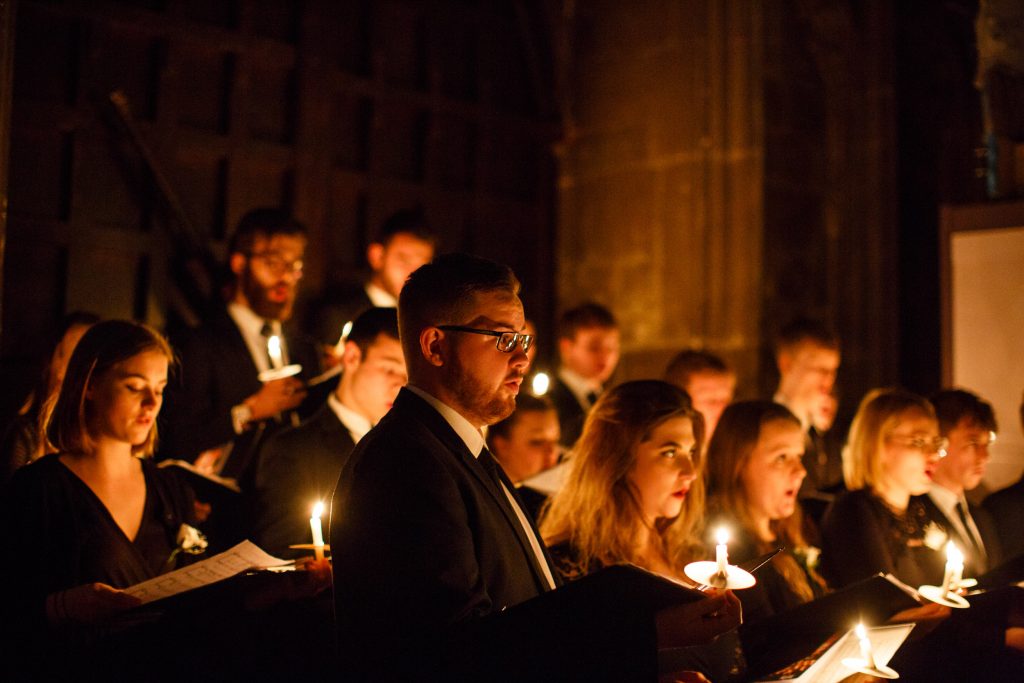 Amidst a Cathedral plunged into darkness, lit only by the dancing flames of over a thousand candles clutched by the congregation, the Chamber Choir opened the service with the energetic rhythms of Verbum Patris Umanatur by Ronald Corp; after the assembled congregation then rose, the voice of second-year soprano Fleur Sumption (pictured above, front row, second from left) lifted clear into the vaulted arches in the opening of Once in Royal David’s City – and Christmas was well and truly here. 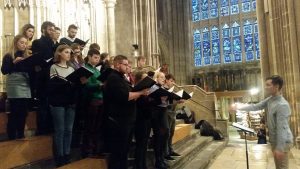 Later in the service, second-year Matthew Cooke (right) made a fine conducting debut, leading the Choir in In Dulci Jubilo; the Choir’s final solo carol was the enchanting Star of the East by Russell Hepplewhite. The Choir also lent its voice to several descants in the congregational carols too; even the basses… 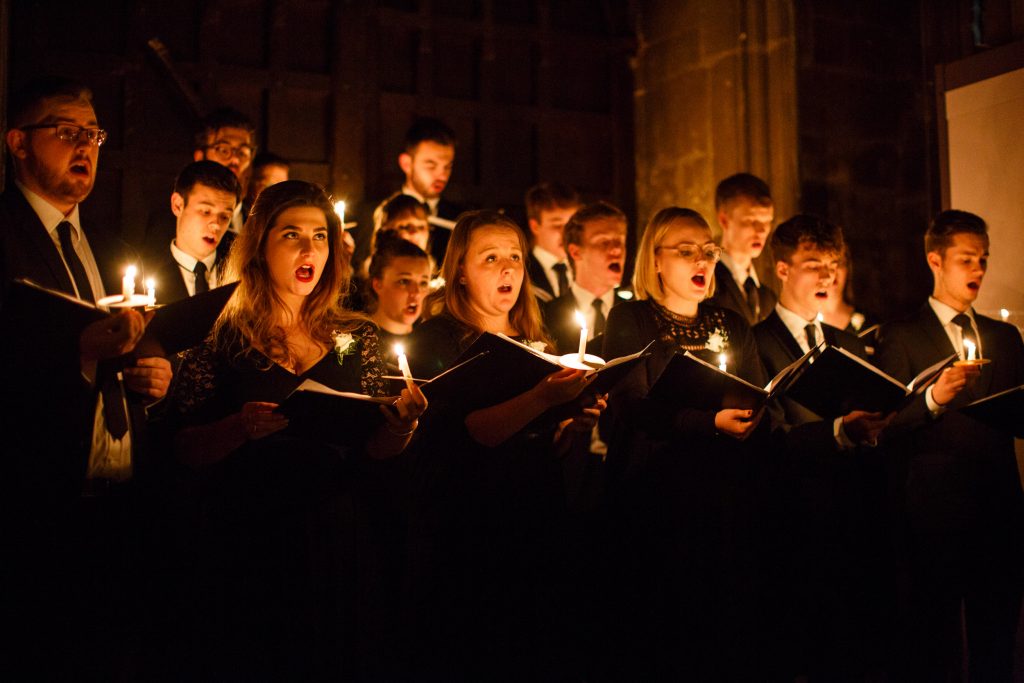 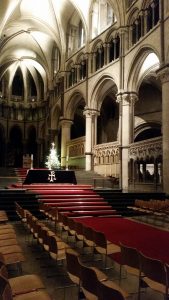 The annual University Carol Service is a wonderful occasion, each year bringing members of the University community together in words and music, closing with the people filing out of the Cathedral’s great West Door to take their candles out into the wintry night. Thanks to all the singers for their commitment to last night’s service; it all resumes next month as the Choir focuses on Pergolesi’s Stabat Mater and a mix of contemporary works as part of a colourful programme for its Crypt concert in March.

From all the Choir: a merry Christmas! 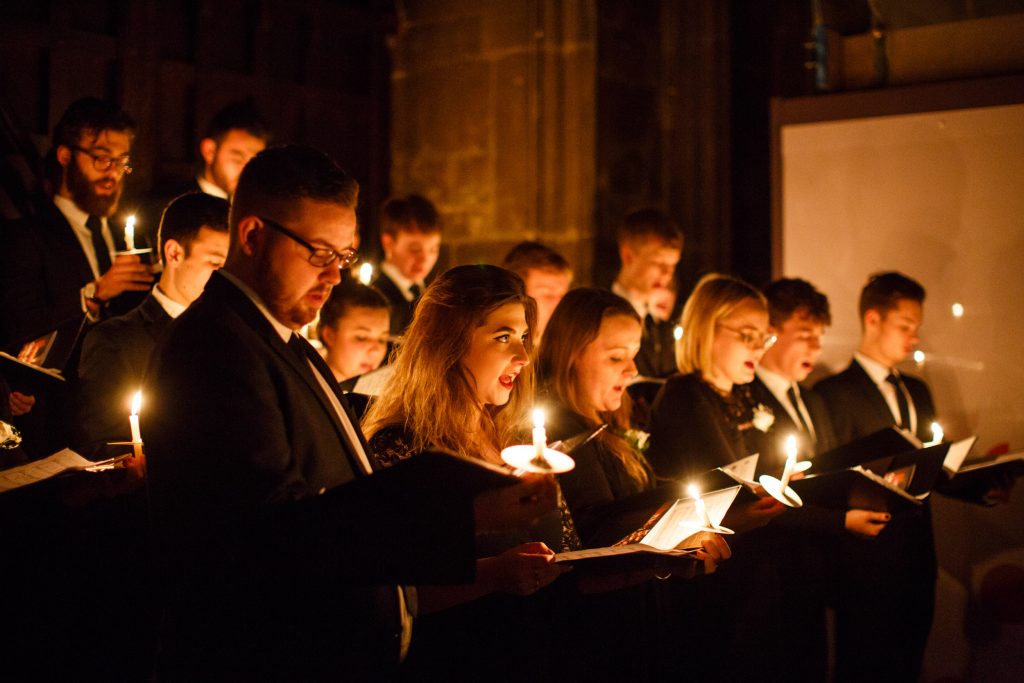 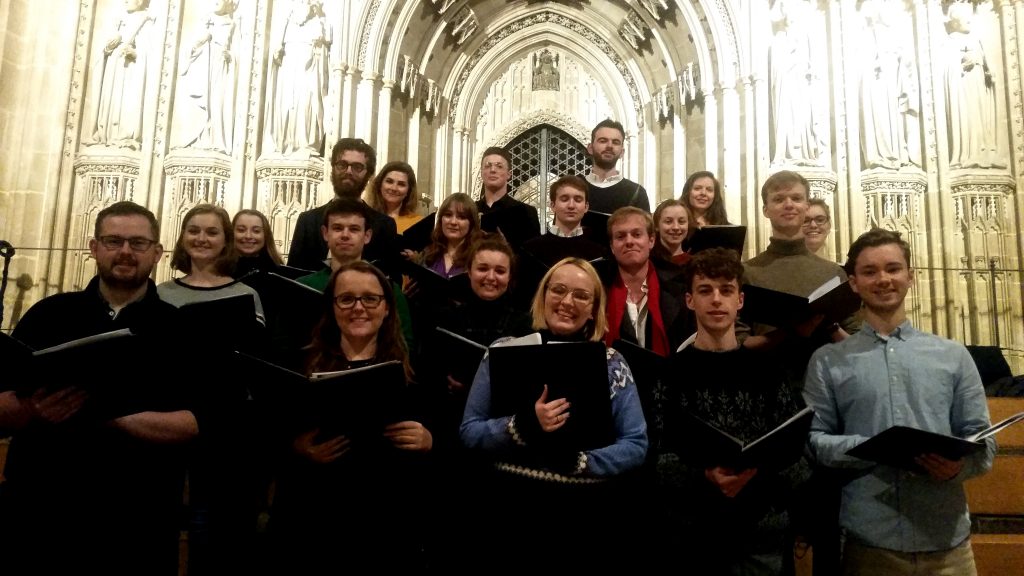