At last night’s rehearsal, we spent a large part of the time with our backs to one another, not looking at each other, not watching the conductor.

Before you ask, no, we hadn’t had a row; we were working on singing as an ensemble, listening to one another, keeping an internal pulse so that we all moved together, and not waiting for others. That shared, indrawn breath that anticpates the start of a phrase; that sense of not waiting for your neighbour to sing, but taking the lead; last night was largely about developing an ensemble instinct.

When you’re all facing outwards, standing in a circle, there’s no eye-contact, no conductor to watch, no ability to wait for someone else; you have to take charge of your own line, count strictly, enter with confidence; there’s also a need, at pauses or at the end of a verse, to breathe together. Listening becomes crucial: there’s no other way to establish contact with anyone else, and the need for everyone to count rather than rely on a conductor to lead the beats of the bar is critical to keeping the music flowing. 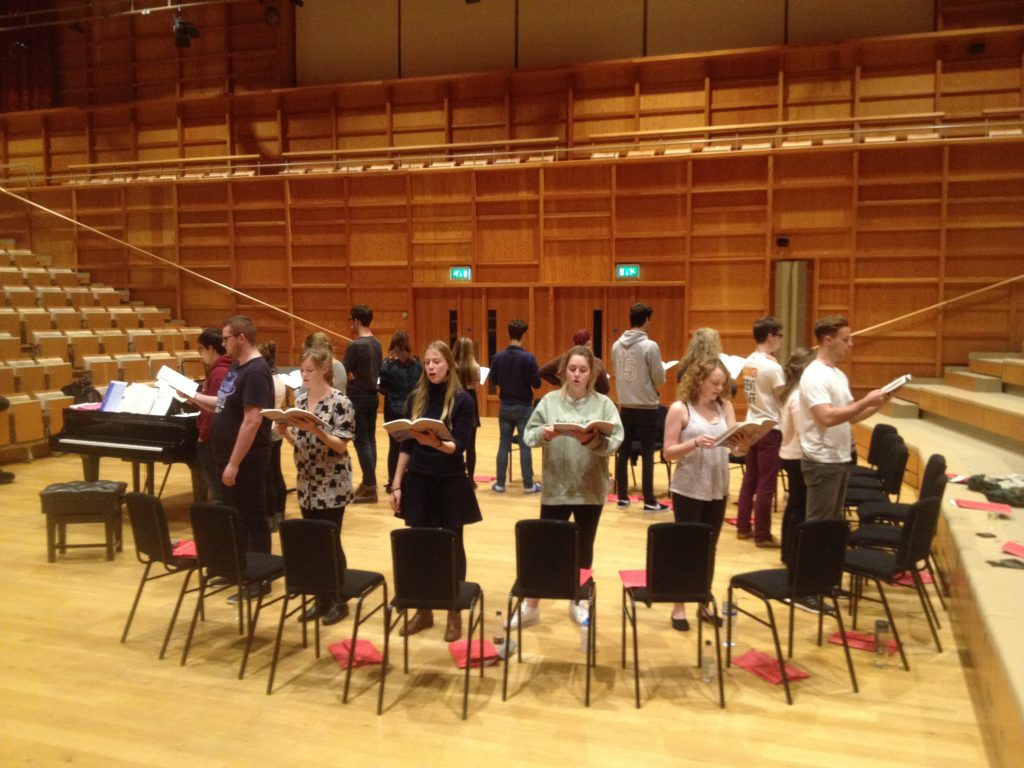 There were moments where this worked very well; there were also moments when words ended at slightly different times amongst the voices, consonants tripped early and peppered the sound, and some entries were rather hesitant. The more we do of this, though, the better we will be as an ensemble.

Assistant conductor Doug worked with the Choir on establishing consistent vowel-shapes in works by Hassler and Purcell, on using the right sounds and avoiding diphthongs. 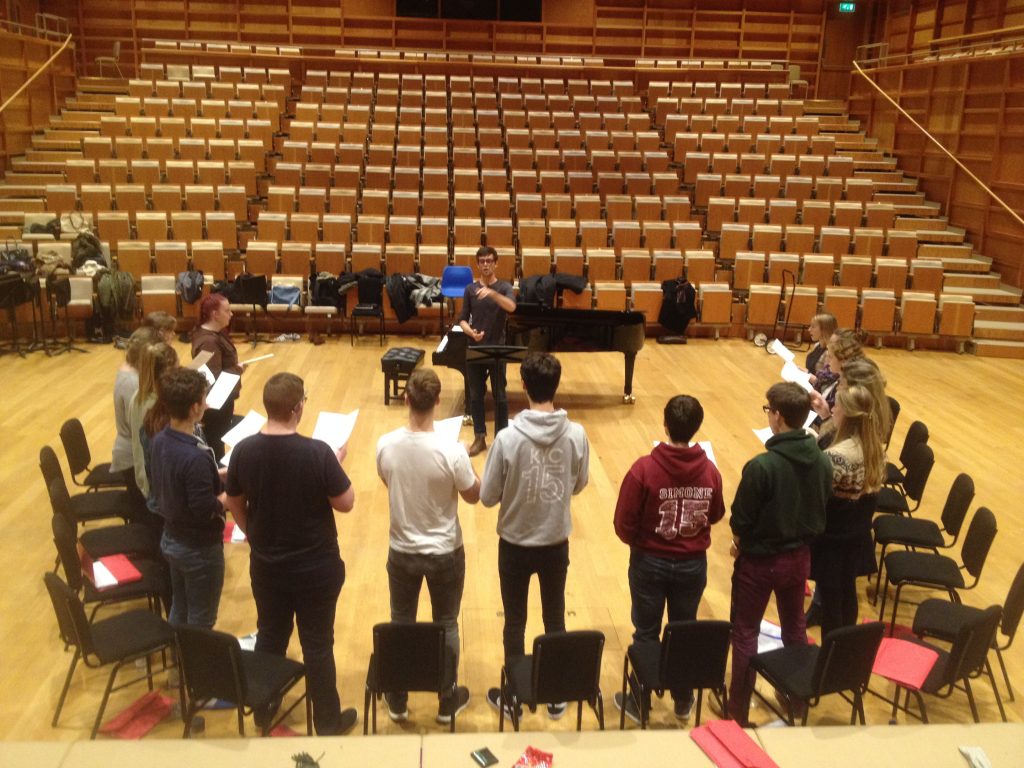 It’s four weeks until we sing in the glorious Nave of Canterbury Cathedral for the University Carol Service, and so last night we drew out that seasonal favourite, ‘Carols for Choirs,’ to look at the second verse of, you’ve guessed it, ‘Once in Royal David’s City.’ The Carol Service is such a fantastic occasion, I’m definitely not taking that night off…