With last Friday’s concert still ringing in our ears, there’s no respite in rehearsals: with the University Carol Service in the Cathedral looming, time to look at the carols for the service and also to visit the repertoire for February’s concert, some of which has languished neglected whilst we worked on the Advent programme. 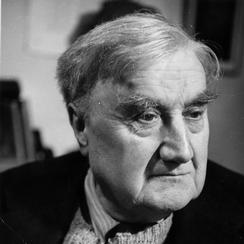 The Carol Service opens with that bastion of the season’s choral music, Once in Royal David’s City, requiring a solo soprano soaring effortlessly through the opening verse; second-year Economics student Marina is in fine voice. We’ll be singing the second verse unaccompanied; two challenges here, to pitch our opening chord from Marina’s last note, and to maintain pitch throughout our verse, such that the organ and congregation don’t come crashing in for verse three in a different key.

Two pieces by Vaughan Williams, the Elizabethan partsong-style Sweet Day, and the wonderful Rest followed; the key to unlocking both works is managing the dynamics, with Rest in particular demanding a tight control across a range of dynamic contrasts. Sweet Day similarly sees some ebb and flow in dynamic shading, and we need to resist the temptation to crescendo in the first line of the last verse, to make sure we keep the pianissimo until the second line crescendo. The last chord is marked pppp; that’s a challenge in itself!

The main focus of the rehearsal was on a piece I can’t write about here, as it’s a surprise for the February concert; suffice to say, it’s an arrangement I’ve written of a jazz piece for the encore (should one be required!) which requires the choir to rid themselves of their polished control, and develop a barbershop-style of singing, with swung rhythm and some colourful close-harmony sonorities, complete with do-wop vowels.  A tentative first try at the piece, but by the end it was starting to develop some style; tricky, after cultivating a fine level of control in the Vaughan Williams.

A return also to de Rore’s O Sonno, for which we’re exploring the changing rhythmic feel throughout the piece, combined with an atmosphere of profound serenity.

One of the sopranos turned up with a batch of home-made raspberry-and-white-chocolate cakes, which saw the tenors scrabbling for the tupperware and could perhaps set a demanding precedent for future rehearsals ?