Blog post by Emily Mason. Sustainability Coordinator at the University of Kent.

On this International Women’s Day I wanted to just write a short note on something that has been intriguing me for a while now and perhaps start a conversation with others in the sector to see if they experience the same.

I have been working in sustainability within Higher Education (HE) for just over 8 years now and I have noticed something that is perplexing me. Whenever I recruit student volunteers onto a sustainability project or internships, or when teaching sustainability modules, the people that show up are predominantly women. Thinking back across all the projects I have run it is a very rare occasion that men make up more than 25% of the room.

This doesn’t go unnoticed. The students themselves often ask me if this is normal to which I answer yes. But when they ask why, I cannot answer them, as I do not actually know. I often ask the students why they think this is the case and I have heard a wide variety of responses but the one that is most common is:

“Caring roles are often associated with women, so why should caring for the planet be any different.”

There have been lots of variations on this of course but this particular student’s words have stuck in my head. I ask students how they feel about this and many including the men express frustration that 1: caring roles across society are undervalued 2: that any role/job is gendered 3: and that the sustainability movement in HE should not be left up to women to sort out.

A few of the male students have expressed that many of the projects within sustainability are collaborative and that they have to check their ego at the door and try not to assume a leadership role, and sometimes this can be a little difficult, but also rewarding.

Now these anecdotal experiences do not a reason make and despite trying to find some research on this I have come up empty. However, when chatting with those who do a similar role to me at other Universities I have found that I am not the only one experiencing this. If anyone does know of any good research or insights on this then please send it my way!

Last year Green Business reported on gender in the sustainability industry and despite the clear wealth of talented women who are becoming professionals in sustainability there was an alarming discovery:

“In sustainability roles, women are earning less than men. According to the latest CR Sustainability survey from recruitment consultants Acre, published in 2016, the global average salary for corporate responsibility professionals stood at £67,408 for men, compared to £55,148 for women. This is despite there being a 51:49 gender split in the industry in favour of women. In the UK, average corporate responsibility salaries are £63,180 for men and £52,170 for women. While there are signs that the sector’s gender salary gap is narrowing, it is still most definitely there.

And it’s not just in the business world that this pattern of gender inequality plays out. At the UN negotiations in Bonn last year, almost half of attendees were women but under 30 per cent of government delegations were led by women. Here too, women are not equally represented at the top of the ladder.”

So whilst the gender ratio seems to even out in industry the gender pay gap rears its ugly head. It seems the future focused industry of sustainability is not immune to backward thinking.

I recommend reading the whole article which gives some valuable insights into why this is the case in our industry as well as many others.

So whose job is it to save the world? Obviously it is all of ours (in particular the 100 companies that are responsible for 71% of global carbon emissions) but I am yet to get to the bottom of why within HE it is female students that are leading charge of sustainability. Whatever the reason, I hope that by the time some of them are sustainability professionals and leaders, they are being paid the same as their male counterparts. 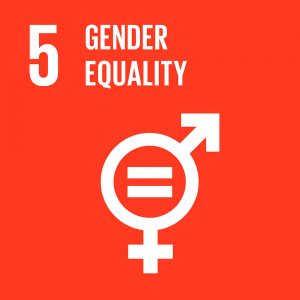 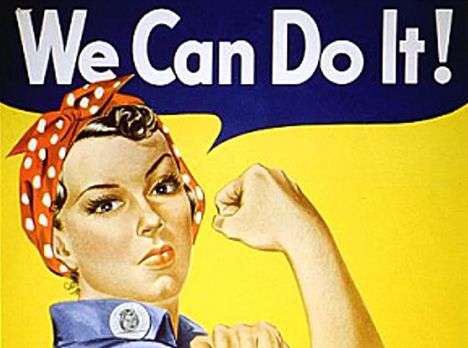 “With the World Economic Forum’s 2017 Global Gender Gap Report findings telling us that gender parity is over 200 years away – there has never been a more important time to keep motivated and #PressforProgress. And with global activism for women’s equality fuelled by movements like #MeToo, #TimesUp and more – there is a strong global momentum striving for gender parity.” International Women’s Day 2018

What better day than the 8th March to talk about the women who have inspired me, and continue to inspire me in the work of equality and environmental activism.

Caroline Lucas, MP for Brighton Pavilion and the Green Party’s only MP changed the way I viewed politics. I was always of the belief that if you wanted to get elected as an MP you needed to throw out your morals and convictions and make yourself super vanilla. Caroline is not vanilla. Her work with CND has always inspired me, and her recent vocal support for women fighting against harassment in the workplace has been loud. She is a Matron of the Women’s Environment Network, an exceptional charity that I used to work for that supports women in marginalised communities to grow their own food, and advocates for more women’s voices in decision making around climate change.

Caroline Lucas was quoted as saying, ” I’m just going to dedicate the rest of my life to this party” after reading Jonathon Porritt’s Seeing Green, and she has done this with charisma and  conviction. There are not many MPs that can increase their majority at each election whist also getting arrested for protesting against fracking operations and donning a ‘No more Page 3’ t shirt during a commons debate. 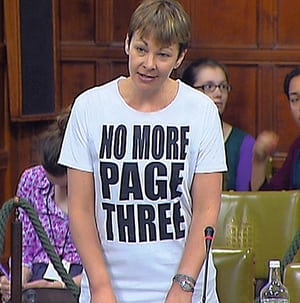 “I’ve always been a bit ambitious, but I do think the Green Party is the real opposition.” Caroline Lucas

Rachel Carson, ecologist, marine biologist and writer, is best know for her book Silent Spring, in which she challenged the practices of agricultural scientists and the government on the widespread use of synthetic chemical pesticides. Originally a marine biologist and writing many books and papers on her specialism, it was with reluctance that she turned to writing about chemical usage, driven by what she saw as a disturbing practice and one that would have long term impacts on human health and the health of our environment.

Carson was attacked by the chemical industry and some in government as an alarmist, but courageously spoke out to remind us that we are a vulnerable part of the natural world subject to the same damage as the rest of the ecosystem. Testifying before Congress in 1963, Carson called for new policies to protect human health and the environment.

Silent Spring is considered by many to have been the catalyst for a wide spread environmentalism movement in the western world. 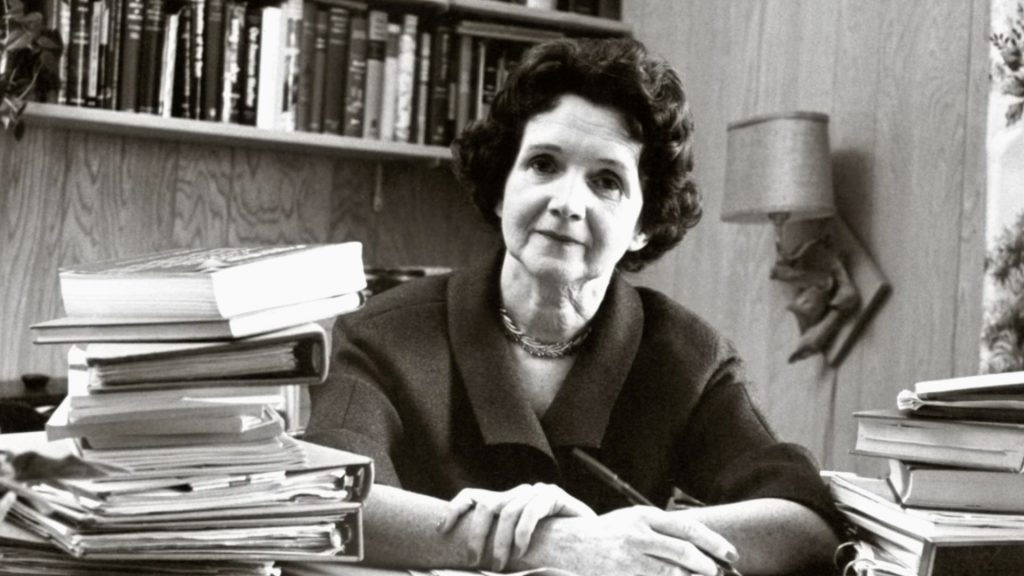 “Those who contemplate the beauty of the earth find reserves of strength that will endure as long as life lasts. There is something infinitely healing in the repeated refrains of nature—the assurance that dawn comes after night, and spring after winter.” Rachel Carson.

Growing up I had all the usual pictures on my wall, Leonardo Di Caprio, Orlando Bloom, Blink 182 and of course the Trimates. Okay, maybe the Trimates were not so usual for a 14 year old girl to have on her wall, but to me these women were rock stars.

Dian Fossey, Jane Goodhall and Biruté Galdikas were all selected by Louis Leakey, a Kenyan paleoanthropologist and archaeologist who wanted to promote the field research of primates in their own habitats. The three women went onto become household names for their important scholarly work in the field of primatology as well as their work in the conservation of these species.

For over four decades Dr. Biruté Mary Galdikas has studied and worked closely with the orangutans of Indonesian Borneo in their natural habitat, and is today the world’s foremost authority on the orangutan. At the age of 71 she is still hugely active and you can follow her work on twitter @DrBirute

Dian Fossey did not plan to be a primatologists but her love of African nature and a chance meeting with Louis Leakey led to her setting up a small research outpost in Rwanda: the Karisoke Research Center. Fellow gorilla conservationist Ian Redmond , said of Fossey, that it was her shy inhibited nature that led to the habituation of the gorillas that they were studying. He called her method of habituation a gift to the world and it is still used today in gorilla observations. However, Dian was also combative and her conflict with the government, poachers and other conservationists grew to the point of isolation. In 1985 she was murdered, and her murder is still unsolved to this day. Her career is controversial but she was always a fierce advocate for the gorillas.

Jane Goodhall was the first of the Trimates and in 1960, she travelled from England to Tanzania and entered the little known world of wild chimpanzees. She won the trust of these initially shy creatures and opened a window into their sometimes strange and often familiar seeming lives. Jane is still working today, mobilising action on behalf of the endangered chimpanzees and all wildlife species. The Jane Goodall Institute works to protect the famous chimpanzees of Gombe National Park in Tanzania, but recognizes this can’t be accomplished without a holistic approach that addresses the real needs of local people. Their conservation efforts include sustainable development programmes that engage communities as true partners.

“The environment, after all, is where we all meet, where we all have a mutual interest.  It is one thing that all of us share.  It is not only a mirror of ourselves, but a focusing lens on what we can become.” Jane Goodall

Nobel Peace Prize Laureate and author of Unbowed, Wangari Maathai was the first woman in East and Central Africa to earn a doctorate degree, and became chair of the Department of Veterinary Anatomy and an associate professor in 1976 and 1977 respectively, being the first woman to attain those positions in the region.

I first became aware of Wangari when a friend lent me Unbowed, telling me ‘you have to read this.’ It took me a while to get around to reading it, but when I did, it stuck with me for a long time. Unbowed is a memoir of Wangari’s life and tells of her passion and integrity, and the journey she went on to see planting trees as a way to empower local communities. She founded the The Green Belt Movement in Kenya and wrote with key insight on how to galvanize grass root movements into positive, holistic and sustainable action.

Wangari Maathai was awarded the Nobel Peace Prize in 2004. The Norwegian Nobel Committee noted Professor Maathai’s contribution to “sustainable development, democracy and peace” and that Professor Maathai “stands at the front of the fight to promote ecologically viable social, economic and cultural development in Kenya and in Africa. She has taken a holistic approach to sustainable development that embraces democracy, human rights and women’s rights in particular. She thinks globally and acts locally.” 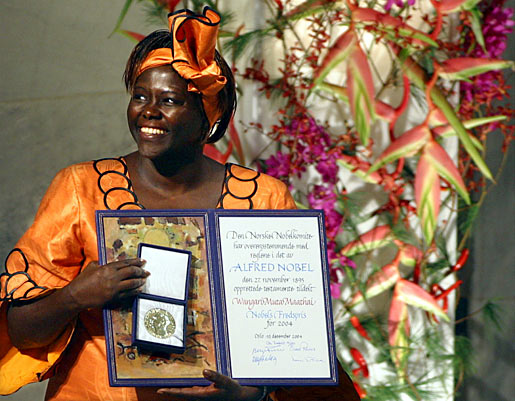 “Education, if it means anything, should not take people away from the land, but instill in them even more respect for it, because educated people are in a position to understand what is being lost. The future of the planet concerns all of us, and all of us should do what we can to protect it. As I told the foresters, and the women, you don’t need a diploma to plant a tree.” Wangari Maathai

On this International Women’s Day, spend some time thinking about the women who have inspired you, and those that have forged a way ahead for a more sustainable future for people and planet.