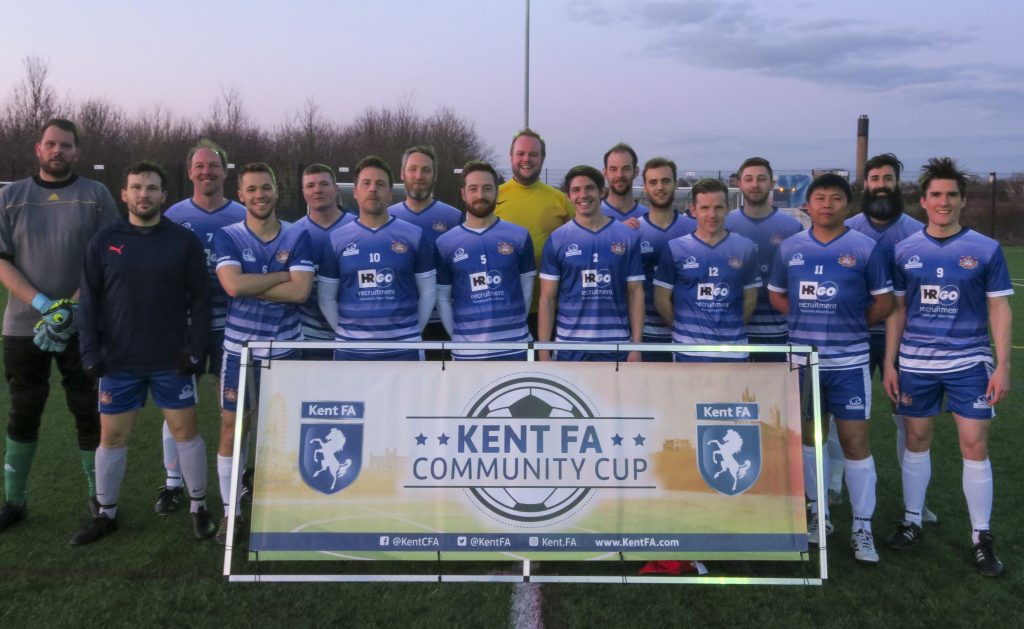 The weather for the fixture was much more favourable compared to the team’s previous fixture against Lateef Restaurant.

Neil Hopkins took advantage of the lack of 50mph+ winds, with a clinical finish early on in the game to put The University of Kent ahead. However, Christchurch responded later in the first half with a great strike from a direct free kick. At half time, both teams were looking strong and the 1-1 scoreline was a fair reflection of the first half performances.

In the second half, The University of Kent continued to press and a goal from Rhy Higgins, assisted by Simon Black, gave the team a 2-1 lead. Neil Hopkins, assisted by Alex Kirchner, secured a second goal for the night, giving the team a comfortable 2 goal lead. Simon Black, assisted by Dave Murphy, sealed the victory with a smart first time finish mid way through the second half. A great way to mark his debut with the squad. The game finished 4-1 with strong performances throughout the team including debutants; Adam Britcher, James Manson, Rob Newman, Alex Kirchner, Charlie Pearson and Matt Cook.

The team will now progress to the Community Cup semi final to play either, KCC Highways, Brakes or Ward of Kent. Further details to follow.

If you are interested in joining the team or are looking for casual football opportunities on campus, please email sportsdevelopment@kent.ac.uk for further details. All levels and abilities are welcome!