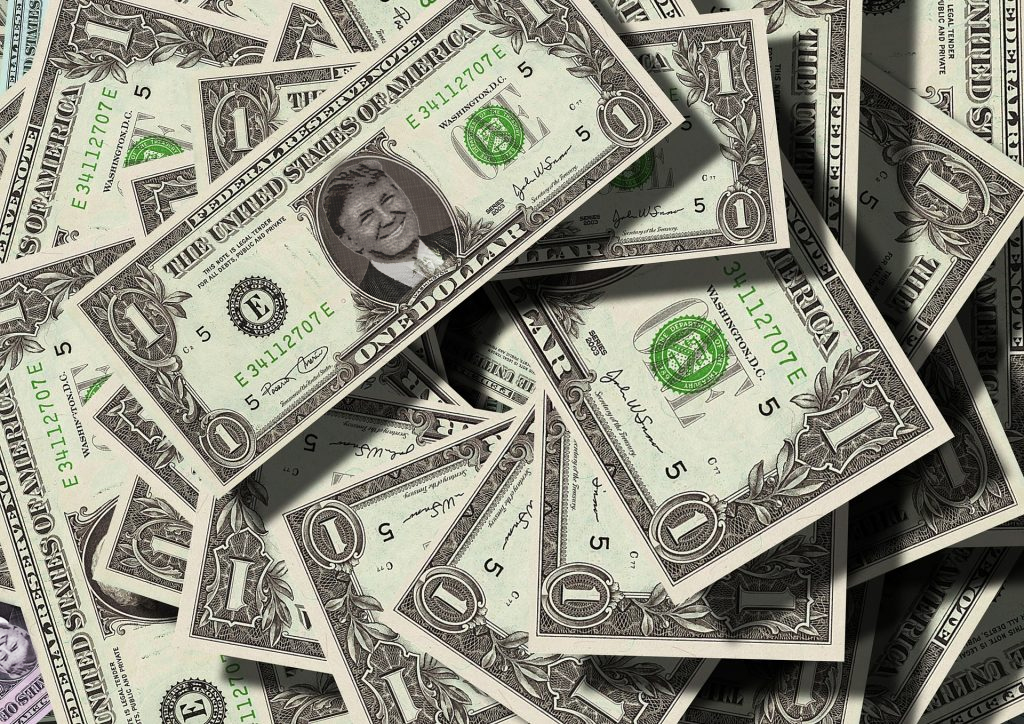 As part of this quarter’s theme of Financial Markets and Risk we asked our portfolio of Kent Business School Academics to share their views on the US Presidential Election. Dr Nikolaos Voukelatos, Lecturer in Finance, focusses his research on the general area of Financial Econometrics, and in particular option-implied distributions, option returns and forecasting. Dr Nikolaos Voukelatos provided the following comment on the election result.

US presidential elections tend to dominate world news in a way that no other scheduled events do. Press coverage increases significantly as we move across the (ever expanding) campaign period, and it reaches its peak in the couple of weeks before and after the election result is announced. This year’s presidential elections were no exception.

So, Donald Trump is going to be the new President of the United States of America. How did financial markets interpret the election results? After all, this is the typical example of a “putting your money where your mouth is” opinion. We do not have to rely on what investors say, we can gauge their opinions by actually observing how they tend to reallocate their money in anticipation of or following certain news.

In terms of financial markets’ reaction, the biggest surprise of the election result was the fact that the markets did not seem particularly surprised by it. During the campaign period, a very clear pattern had emerged. Every time that results from a new poll were released, US and international markets reacted in a very predictable way.

Polls that came out with an increased likelihood of a Clinton presidency were typically associated with a positive market reaction, while polls that showed Trump gaining ground on the presidency were followed by a noticeable market drop. This pattern led almost everyone to confidently conclude that market participants had reached a consensus on Clinton as their preferred candidate.

This view was momentarily vindicated when markets experienced a substantial drop as the final results were being announced in the early hours of Wednesday. Then, something perhaps unexpected happened: markets very quickly bounced back. Not only that, but some market indices have since reached record highs.

The Dow Jones index in the US is currently set to hit a record high, the FTSE100 in the UK jumped significantly, European shares are rallying and Asia-Pacific stock markets are experiencing their biggest boom for a long time. What could possibly explain such a dramatic change of beliefs?

A lot has been made about Trump’s victory speech on Wednesday morning being noticeably more moderate and “presidential” compared to his speeches during the campaign. This has prompted some to suggest that investors and analysts have, as a result, re-assessed their expectations about Trump’s economic policies towards a more moderate level. Although not impossible, this seems very unlikely.

It is hard to see how the myriad of comments about things that are typically not well received by financial analysts (for example Trump’s persistent proposal of raising protectionist barriers in certain industries), let alone the politically inflammatory comments, could be suddenly dwarfed by a short speech of a man who had just won the biggest prize in politics globally.

A more likely explanation is perhaps the “buy the rumour, sell the news” effect. If this is indeed what we are seeing, then big investors had been selling, or even short-selling, stocks for a length of time leading up to the actual election, to cover themselves against a potential Trump victory. More importantly, when that potential Trump victory became reality on Wednesday morning, most of the associated negative adjustment had already been gradually incorporated in stock prices.

There was, admittedly, an almost instantaneous drop in stock markets when the results were announced, but this could reflect a somewhat more impulsive reaction. The subsequent rally in international stock markets suggests that, once a few hours had passed and investors had a bit of time to absorb the news, they realized that they had overestimated the potentially negative effect that a Trump presidency could have on the global economy.

It is always easier to try and explain short-term effects in stock markets. It is quite a different thing to understand and predict what the long-term consequences will be of electing Donald Trump as the 45th president of the United States. A relatively safe bet is that the current “Trump honeymoon” will not last for long. It is true that he has proposed some policies that could boost US growth, such as lowering the corporate tax rate, providing a fiscal stimulus etc. However, the bulk of his policy proposals (such as trade barriers, less globalization, tolerance for higher inflation etc.) are likely to have a negative impact on US growth in the longer-term. More importantly, if his campaign is anything to go by, president Trump is very likely to widen internal divisions in the American society further and make the system of government even more toxic than it currently is. That would be a blow with severe economic consequences for years to come, not only for the US but for the global economy.

The research I conduct falls under the area of Financial Econometrics, and in particular: financial econometrics, option-implied distributions, option returns, forecasting.