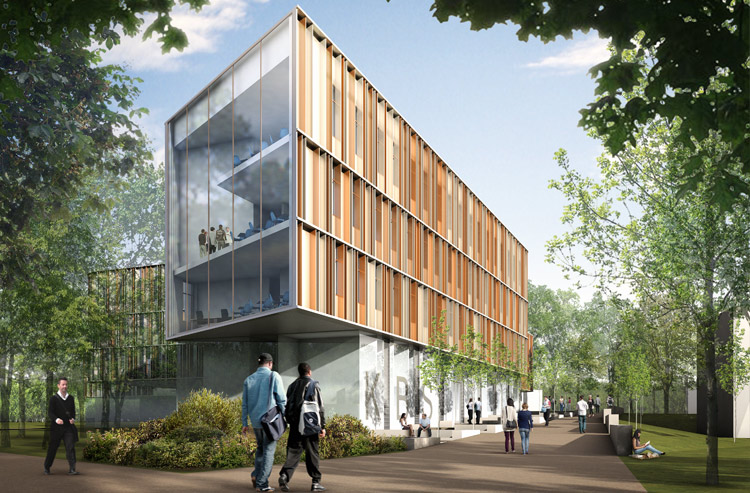 Kent Business School are pleased to announce the naming of their new academic home as the Sibson Building, named so after the University’s third Vice-Chancellor, Professor Robin Sibson.

The naming of the Sibson Building follows the precedent of naming academic buildings after former Vice-Chancellors: The Templeman Library and the Ingram Building.

Professor Robin Sibson is a statistician, who is best known for his research on natural neighbour interpolation.

Sibson was Vice-Chancellor from September 1994 to August 2001 and led the University through a period of significant change: including creating the current structure of schools and departments; beginning an expansion of student numbers and widening participation with links to associate colleges; and developing higher education provision in Medway leading to the creation of a new campus.

KBS will be moving into the new Sibson Building in early 2017, a new home that encapsulates our academic values and identity.

Construction of the Sibson building began in January 2015. The building will be jointly occupied with the School of Mathematics, Statistics & Actuarial Science (SMSAS).

Read more information on how the Sibson Building Construction is progressing.