On Thursday 10th March 2016 the Centre will welcome Dr Matthew S. Hopper (Centre of African Studies, University of Cambridge) to present an occasional seminar on ‘Freedom Without Equality: Liberated Africans in the Indian Ocean World‘.

The seminar will take place at 4.30pm in Rutherford Seminar Room 15 on the University of Kent’s Canterbury campus. Attendance is free and open to all. 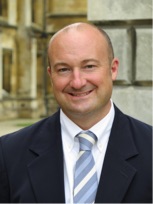 Matthew S. Hopper is the Smuts Visiting Research Fellow in Commonwealth Studies at the University of Cambridge and is an Associate Professor in the History Department at Cal Poly, San Luis Obispo. His book, Slaves of One Master: Globalization and Slavery in Arabia in the Age of Empire, was published by Yale University Press in 2015. He received his Ph.D. in History from UCLA (2006) and was a postdoctoral fellow at the Gilder Lehrman Center at Yale University (2009) and a Member at the Institute for Advanced Study in Princeton, NJ (2015). He has held fellowships from the Social Science Research Council (SSRC) and Fulbright-Hays, and his writing has recently been published in Annales, Itinerario, and the Journal of African Development. His new book project is tentatively titled, Free But Not Equal: Liberated Africans in the Indian Ocean World.

Between 1858 and 1896 more than 11,000 Africans were apprehended aboard suspected slave vessels in the Western Indian Ocean and relocated to seven port cities between Bombay and Cape Town. Although ending the East African slave trade became Europe’s cause célèbre in the second half of the nineteenth century and freed slaves provided symbolic justification for imperialism, the question of “disposing” (the unfortunate term used by colonial administrators) of freed slaves presented a persistent problem for officials who were equally wary of releasing survivors where they might be re-enslaved as they were of paying for their upkeep. Liberated Africans were therefore assigned to labor aboard ships, in harbors, or on mission plantations, where they were expected to learn the value of their freedom and the ethic of hard work through contractual labor. 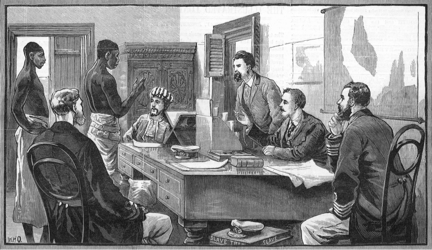 Freed slaves, like their enslaved counterparts, were renamed, re-clothed, converted to foreign religions, taught new languages and placed into arranged marriages. Many also labored to produce cash crops for export to global markets. Drawing on missionary, naval, and colonial records, this paper demonstrates how the perceived failure of Caribbean emancipation, the emergence of scientific racism, and a growing sentiment that certain groups were not suited for freedom guided official treatment of liberated Africans by at midcentury. Thrust from slavery into colonial coercion and contract, liberated Africans in the Indian Ocean world exposed a central tension of mid-Victorian liberalism: the growing divergence between ideals of freedom and equality.