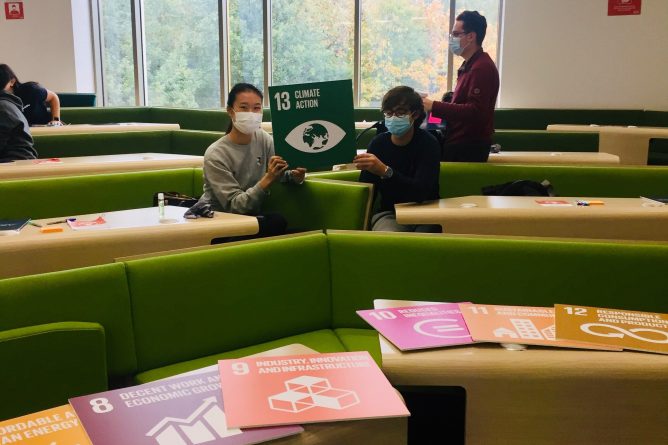 Guest post: Jane is the founder and editor-in-chief of Environment.co where she shares practical tips on how to live a greener life.

Technology drives the modern age. Since the pandemic, we spend more time staring at screens than ever before. Laptops now help us access education safely from anywhere in the world.

The benefits of technology are evident, and individuals wonder how they may expand. When developing or supporting a social movement, many citizens turn to the web. Though this may present conflict, it also promotes community and action.

Society once viewed social media-driven activism as “slacktivism.” The term derives from two words — activist and slacker. Individuals believed social media campaigns were lazy, supporting a cause through simple measures rather than true devotion.

The past few years proved a different use for social media in activism. Facebook, Twitter, Instagram and more exposed society to the harsh reality of the world.

Rather than working to please investors, environmental cooperatives focus on their mission. They may work with individuals to generate beneficial change. Online spaces provide everyone with a place to speak, regardless of their financial background.

In 2016, the U.S. government announced plans to install a pipeline crossing the Missouri River. Officials mapped the pipeline route, allowing it to run beneath Lake Oahe. The lake is the Sioux Reservation’s primary water source, and an oil stream could pollute it, causing adverse environmental and health effects.

Individuals on and around the reservation used internet posts to gain the attention of environmental activists. They used #NoDAPL to signify the movement. People from all around the U.S. saw #NoDAPL tweets and posts, making the trip to the reservation with food, medical supplies and other aid.

Social media also provides a supportive space for individuals to connect and get help. At times protesting, researching and connecting can feel defeating. Online communities allow mental stress and isolation to dissipate.

Many environmental activists used social media to distribute a message in lockdown. Greta Thunberg planned a school strike on Earth Day in 2020, and, due to the pandemic, she asked individuals to remain inside. Rather than leaving school to protest, Greta took the day off virtual classes and raised environmental awareness online.

Various activists utilize education, exposing society to ecological degradation. Many people use Facebook live and IGTV to share their values and goals, influencing others to volunteer in local protests. This technique displayed success through the recent Black Lives Matter protests.

When coral experiences stress from temperature, light or nutrient changes, it expels algae and turns white. The degression leaves it susceptible to disease and death. “Chasing Coral” offers suggestions for lowering society’s contribution to the issue.

Another documentary, “RiverBlue,” breaks the Not In My Backyard (NIMBY) wall between fashion consumption and production. The fast fashion industry contaminates 70% of freshwater sources in China. “RiverBlue” explores various regions of Asia, exposing the harm our blind purchases cause.

Another river in Bangladesh located near textile mills and leather tanneries holds the record for most localized pollution. Tanneries utilize harsh chemicals, disrupting the nervous systems and hormones of workers. Few individuals know of these environmental harms when they go shopping. Filmmakers use powerful footage to expose society and promote a response.

The pandemic generated the e-ballot era. Some people preferred to vote from their laptops or phones rather than in person. Though online petitions may lack government legitimacy, they gain success in other realms.

We are past the days of slacktivism, finding various uses for technology in environmental activism. Though some of the online efforts appear small, together, they generate a significant impact. Like Bernie Sanders and Greta Thunberg, many individuals successfully increase climate awareness and reach voters using technology.