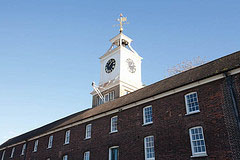 We have been very fortunate in getting some exciting and industry recognised guest speakers to give talks along with our usual mix of study skills and employability- related workshops.

Each day has a theme running through it:

To book a slot email: M.J.Fullman@kent.ac.uk or call in at Reception, The Old Surgery

Monday 18th  February 2013 Tuesday 19th February 2013 Pro Tools 101 is a 2 day course delivering an introduction into Avid Pro Tools 10 Digital Audio Workstation software, with hands on projects and exercises to complete. Along with teaching you are also supplied with a certified textbook to keep. At the end of the 2 days there is an optional test to take, if passed, you will receive certification as proof for completing an industry recognised course.

Wednesday 20th  February 2013 Thursday 21st February 2013 Friday 22nd February 2013 Pro Tools 110 is a 3 day course delivering a more detailed look at the production techniques used in Avid Pro Tools 10 Digital Audio Workstation software, with hands on projects and exercises to complete. Along with teaching you are also supplied with a certified textbook to keep. At the end of the 3 days there is an optional test to take, if passed, you will receive certification as proof for completing an industry recognised course

To book a slot email F.Walker@kent.ac.uk

Andrea  Luka Zimmerman presents Estate: a reverie, an  artist’s film, song cycle and installation to be created and performed by the  disappearing community of the Haggerston Estate, East London.  It is the final and most ambitious project in  a trilogy of collaborative works on the estate led by artist resident Andrea  Luka Zimmerman, working closely with architectural researcher and writer David  Roberts, following the public art/photo-installation i am here (with Lasse  Johansson and Tristan Fenell) and the artists’ book Estate (Myrdle Court Press,  with Lasse Johansson, Paul Hallam, Cristina Cerully, Victor Buchli), both of  which have gained international acclaim.

Andrea Luka Zimmerman has been making films  since 1998, originally as part of a film collective called Vision Machine,  which worked predominately in Indonesia exploring the impact of Globalisation  and working directly with plantation workers. Her non fiction feature essay Prisoner of War, investigates US  militarism and foreign policy through a character study of one of its most  enduring rogue agents. She has just completed Taskafa: stories from the streets, a film about resistance and  co-existence told through the lives of street dogs in Istanbul. Estate, a reverie, is an essay film made  in collaboration with the residents of the about to be demolished housing  estate in Haggerston, Hackney, where she also lives.

Andrea is Associate Lecturer at Central St. Martins  College of Art and Design, and Wimbeldon College of Art [University of the Arts  London]. She teaches cinematography on the MA Documentary Practice at Brunel  University.

Fugitive Images: Fugitive  Images are Andrea Luka Zimmerman, Lasse Johansson and David  Roberts. Fugitive  Images platform grew out of a desire to capture the peculiar  moment of the place where they live and work immediately prior to it being  demolished. Haggerston Estate is suspended somewhere between it first being  occupied in the 1930’s and imminent demolition in 2009 (second phase of  demoloition is in 2013), a place in transformation, in wait.

Jointly hosted event between CKP and The Centre for Research into Sound, Image and Space (SISRC)

Their current project, in collaboration with cognitive neuropsychologist Martin A. Conway, is supported by the Wellcome Trust. Claire is a woman who has dense retrograde and anterograde amnesia. The project explores new biomedical insight into Claire’s condition, gained through research into her use of new sensory operated camera technology to unlock previously inaccessible memories. In parallel, the historical lesions in the physical and cultural landscape of St Kilda, an extraordinary archipelago located off the west coast of Scotland, provide a physical and metaphorical context within which to explore the self-experience of broken memory and dense cultural retrograde amnesia. Illingworth and Loveday will discuss how, by creating a multi-layered interplay between Claire and St Kilda, this project sets out to explore powerful synergies between the complex space of the mind, and that of the outside world, and in turn, examine the profound implications amnesia and cultural erasure have on the individual, social and cultural topologies that inform contemporary constructions of identity, place and location.

The second part of Memory, Identity, Performance and Neuroscience will take place in Autumn 2013. It will feature Anna Furse (Head of Theatre & Performance at Goldsmiths and Director of Athletes of the Heart),and Cambridge neuroscientist Nicky Clayton, in dialogue with Sian Stevenson and Jayne Thompson (StevensonThompson, Gulbenkian Theatre and School of Arts) on their ‘Moving Memory’ dance based projects.

Shona Illingworth is an artist and Fine Art Lecturer in The School Arts, Medway, University of Kent. She works across sound, film, video, photography, drawing and painting. Major works using moving image and/or sound, take the form of gallery based and site specific installation. She has worked closely with scientists to explore individual and collective memory and the mapping of mental space onto external terrain, themes which are explored in the Film and Video Umbrella monograph on her work: The Watch Man – Balnakiel, Shona Illingworth (2011).
Her work has been exhibited widely, including at the Museum of Modern Art, Bologna, the Wellcome Collection, London, the National Museum, Tirana and Interaccess Electronic Media Arts Centre, Toronto and she has received high profile commissions from Film and Video Umbrella, the Hayward Gallery, London and Channel 4 Television.

Dr Catherine Loveday is a Principal Lecturer in Cognitive Science at the University of Westminster, London. She completed her PhD in 1996, investigating the neuropsychological basis of normal age-related memory loss.  Since this, she has continued to research the cognitive and biological changes that occur in ageing, particularly in relation to memory, but she has also extended her expertise to various clinical populations, for example traumatic brain injury, dementia, amnesia and hydrocephalus. This has included a significant amount of clinical work at the Chelsea and Westminster Hospital in London and Addenbrookes Hospital in Cambridge.
Her current research projects include the cognitive neuroscience of amnesia (with Prof Martin A. Conway); the psychobiology of adolescence (with the PSRG); the neurobiology of anorexia nervosa; neuropsychological implications in congenital hydrocephalus (with Joanna Iddon, Prof John Pickard and Richard Morgan); the cognitive psychology of music (with Ludovico Minati).
She plays an active role in the British Psychological Society contributing significantly to the organisation of annual conference as well as being a member of the Research Board and Psychologist Policy committee. She has also appeared as an expert psychologist in a number of television and radio programmes.

The School of Arts at Medway was successful in winning 2 Highly Commended Awards as below. All categories were highly contested and the standard of nominations was described as exceptional.

The School of Arts were nominated in the following categories:

We received Highly Commended Awards for:

The Guest Speaker was Martin Green, Head of Ceremonies for the Olympics Games who gave a spectacular presentation and speech.

The defining feature of art is that the artist can work on  many registers at once, yet few work across, and challenge the borders and  thresholds between, as many as Eija-Liisa Ahtila. Ahtila’s work famously  explores subjectivity; language, discourses, narratives and politics and she  does this whilst critiquing film theory and form.  Out of these multiple  layers of experience, Ahtila composes precise artworks that Mieke Bal, might  call ‘theoretical objects’.

Andrew argues that Ahtila’s films and installations provide  a compelling example of how art and philosophy can reflect, transform and  express each other. In Ahtila’s work these entanglements take place not only  through form and images but also through affect, sensation and the embodied  experience of the installation.

Andrew Conio is a writer and scriptwriter, he has published  on a range of subjects including philosophy, architecture, artist’s film,  creativity and painting and is currently editing the volume, Deleuze and  Guattari and Occupy.

Research. For Andrew Subjectivity is likened to a flow,  territory, clearing or trap. Language is expressive, dynamic, yielding and  estranging. The subject becomes through agency and authenticity yet also  through becoming-other in the world. The voice expresses all, yet is forged by  the codes and axiomatics of capital and the body is the purported site for  ‘self’ yet is folded in the ontogenetic and phylogenetic processes that compose  worlds and discourses are written on the body. These questions constitute the  ‘politics that precede Being’ that motivates Andrew’s practice and writing.

Andrews practice takes the form of videos, installation and  the production of hypnotism tapes for people who wish to replace the search for  self-expression with emersion in the collective. His 2005 film (co-directed  with Judy Price) Refining Memory was selected as a critics’ choice by London’s  Time Out magazine and he recently organised Deleuze and Guattari and Occupy and  The Corporate Occupation of the Arts at the Bank and School of Ideas OccupyLSX.

Andrew took his first degree in Cultural Studies East London  Polytechnic, followed by an MA at Goldsmiths College an MPhill at the Royal  College of Art and PhD Wimbledon College of Art.  Andrew has taught at a  range of UK universities, in Norway and Palestine and is currently Senior  Lecturer in Fine Art at the University of Wolverhampton, Associate Lecturer MA  Art and Theory at Chelsea School of Art and is an active member of the Occupy  London Economics Working Group as well as DRUGG (Diagrammatics research, use  and generation group).

‘It’s a Tardis – where you can find an elephant!’

The new £5m facility at the Medway campus of the School of Art was the focus of a double-page spread in the Medway Messenger (pdf). 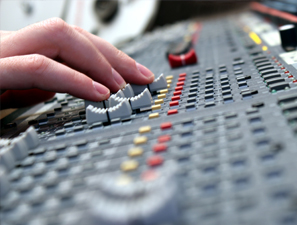 Experience university life for a day.

These sessions provide you with a great opportunity to see and use our wonderful new facilities on the Chatham Historic Dockyard, to meet and work with some of our academic staff and students, and to gain first-hand experience of the courses and opportunities we offer.

We offer taster sessions in the following areas:

We are able to offer most of the above as half day or day-long sessions.

Interested?  Please email us at getcreative@kent.ac.uk for details of the next taster session event.  We welcome interest from both individual students and from schools and colleges.  We also welcome suggestions of other areas not included in the list above that you would like to see represented.

If your school or college would like to organise a taster day so that your students can get a feel for university life or an insight into particular courses, please email your requirements to getcreative@kent.ac.uk  Taster days are generally subject specific but we are happy to be flexible in terms of both timings and content so that we can best meet your needs.