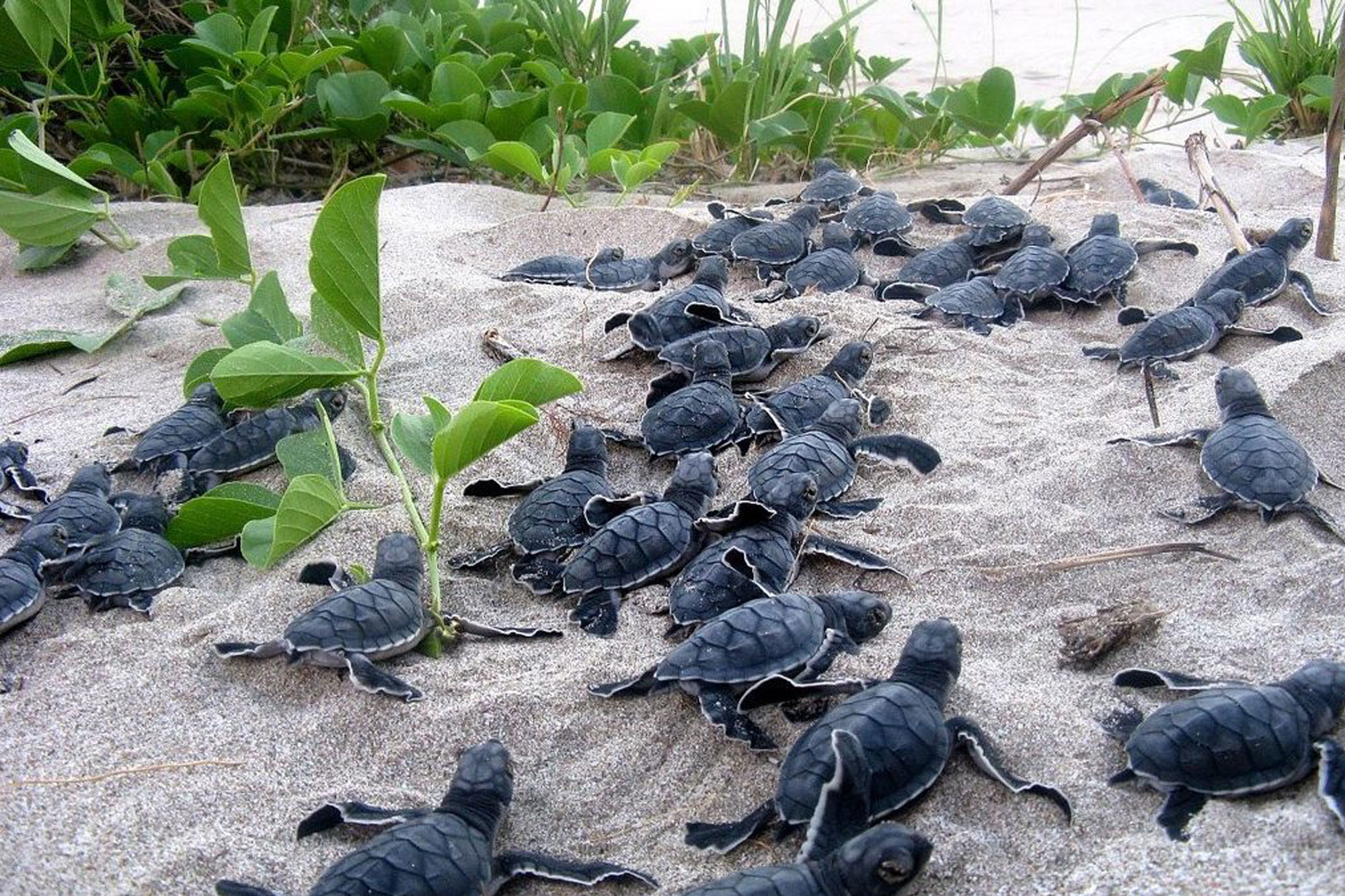 "A clutch of young sea turtles on the beach in Central America" by Paso Pacifico.

The second month of university has now finished, and it seems like everyone is settling back in and adjusting to online studies. There has been so much activity in October, with all the incredible Seminars Series being announced and beginning, and fantastic socials like the Anthropology Society’s trip fossil hunting, that it seems to have flown by. In case you missed anything, here’s what we got up to in October.

This month we announced the incredible news that the School of Anthropology and Conservation (SAC) has been awarded the Athena SWAN Bronze award for our commitment to improving gender equality within the School. We are so proud of the work that went towards achieving this award, but are happy to report that we are not stopping at Bronze and are already working towards Silver!

Dr Ian Singleton, who completed his PhD with the Durrell Institute of Conservation and Ecology (DICE) in 1996, has been awarded an OBE by Her Majesty the Queen for Services to the Environment and Conservation. Starting out as a keeper at Jersey Zoo, Dr Singleton went on to study at DICE and establish the Sumatran Orangutan Conservation Programme (SOCP): we cannot think of someone who was more deserving of such an honour.

This month we announced two new academics joining the teaching and research community at SAC from the start of the academic year. Dr Anika Nasra Haque is a Lecturer in Human Geography coming from the University of Cambridge. Her area of interest is urban inequality and her research is interested in the intersection of society, development and governance. And Dr Martha Newson, a cognitive anthropologist, has been awarded funding from the UK Research and Innovation (UKRI)’s Future Leader Fellowship scheme to research how group bonding can be used to address major social issues. We welcome both these incredible academics to the team and look forward to reporting on their research in the future.

A research study, led by DICE’s Dr Nicolas Deere, has identified areas of degraded topical forests in Borneo which would benefit most from conservation efforts. By pinpointing the key areas for restoration, policy and management interventions can better prioritise areas to achieve long-term restoration.

Research led by DICE alumna Dr Helen Pheasey, who only completed her PhD in summer, found that it was possible to gather evidence on the illegal trade of sea turtles by placing decoy tracking eggs into likely target nests for unlawful harvest. This research garnered much media attention, being covered by media outlets such as The Guardian, The Independent, The Economist amongst others.

A new study led by another DICE alumna, Dr Laura Thomas-Walters, has created a framework for understanding the motivational drivers for the consumption of illegal wildlife products, to help develop more effective interventions. This study aims to ensure that a ‘one-size-fits-all’ approach is not taken, but instead that more focused and efficient interventions are utilised.

In September, we reported that Reader in Human Ecology, Dr Robert Fish, was looking for a Master’s student from the Turks and Caicos Islands to complete research on the cultural values for the marine environment. In October, we were able to announce that Oshin Whyte, a Turks Island Divemaster and Environmental Scientist, won the Scholarship! We welcome her to the School and look forward to reading all about her research.

Some of our students took part in a hedgehog survey with the Sustainability Team in partnership with Hedgehog Friendly Campus. They were inspired by this survey to spread the word about the plight of the hedgehog and share advice on how you can help. Students and staff teamed together to write two articles in a series about ‘eco-anxiety’, the feeling of anxiety caused by climate change and the ecological state of the Earth. They discussed what eco-anxiety is and shared their own experiences with it, to show how sharing can be cathartic. Lecturer in Biological Anthropology, Dr Devin Finaughty, also shared his experiences with eco-anxiety, but a time where the collective fears of a group led to positive change due to action.

Kent’s Anthropology Society responded to the positive news that SAC was announced by The Guardian as one of the top 10 universities to study Anthropology at. This provided the perfect opportunity for them to introduce themselves to new students joining SAC, discussing all the activities they want to get up to this year and inviting anyone interested to contact them.

Beetbox, a student-led initiative to get local organic produce to students for an affordable price, re-introduced themselves for the year, giving an update on their progress for opening during the pandemic. Keep an eye on their socials for when they are set back up to make sure you grab yourself some delicious veggies!

Finally, Environmental Social Sciences‘ student Katie wrote a personal piece about the SAC Sustainability Working Group. She discussed all the opportunities that the group has afforded her, and invited anybody interested in improving the sustainability of our School to join her in the SWG. Follow their Facebook page.

In October we were able to announce the Seminar Series for this term!

The Biological Seminar Series has two fantastic speakers, Professor Sarah Elton and our very own Dr Martha Newson. Professor Elton, from Durham University, spoke about exploring the evolutionary processes in the radiation of Old World Monkeys. Dr Newson is going to be giving a talk on ‘The evolution of the tribe: parochial altruism in modern football fans’. The Social Anthropology Seminar Series has a wide range of speakers, with Dr Christos Lynteris, Dr Andrew Dean and Dr Anna Piestrynska still yet to speak! The series also included an informal session where people were able to gather virtually and discuss social anthropology research at the University of Kent. Make sure not to miss the upcoming talks.

Finally, the DICE Seminar Series has had an exceptional line-up, and the virtual event has allowed us to invite speakers from all over the world, including Dr Inza Kone from Côte d’Ivoire, West Africa and Dr David Gill from Duke University in North Carolina. There are still lots of speakers yet to present, so make sure to check them out.

The Anthropology Society hosted a live Q&A session with Dr Matthew Tocheri, whose research is on the evolutionary history and functional morphology of humans and great apes with a particular focus on the so-called ‘hobbits’ of human evolution, Homo floresiensis. This was a fantastic event that gave people the chance to join in-person or virtually.