Frances has very kindly provided the following excellent summary of our discussion on The Double. 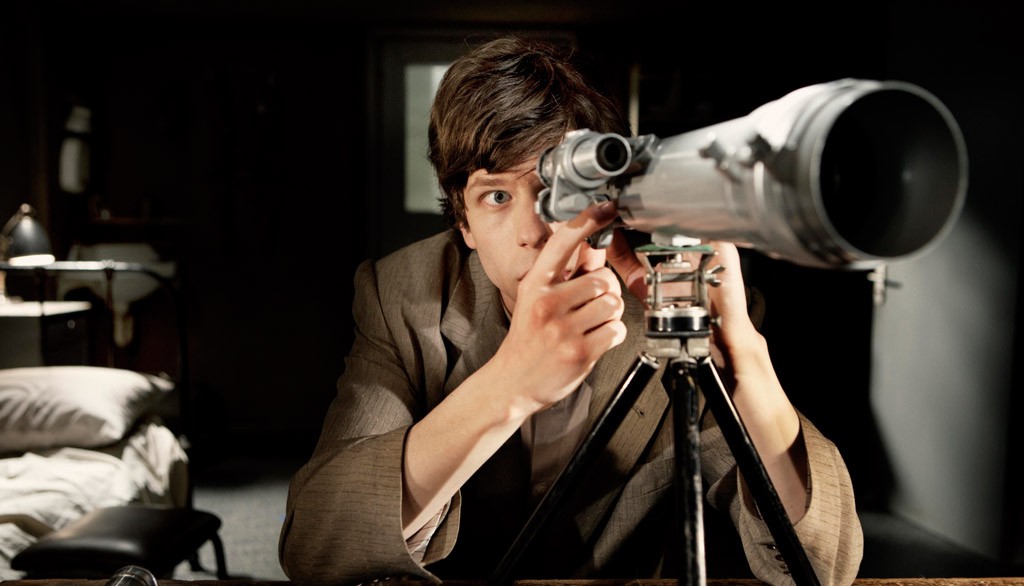 The Double: Screening and Discussion notes

The post-film discussion began with the observation that the film taps into ideas of horror and the surreal, and how the relationship between these two themes is becoming more common in recent films like The Double. However depictions of horror and the surreal are by no means a new invention as it was noted that the dark humour of the film was quite Lynchian and particularly reminiscent of Twin Peaks. The Double also touches on the tone and themes we shall explore with our next screening, Dead Ringers.

Our discussion also touched upon the nature of the doppelganger figure represented in the films shown as part of our season. The Double shares an affinity with The Dark Mirror shown a few weeks ago because both films depict the double character as inevitably evil. In The Dark Mirror, this portrayal hinges on the ‘scientific’ notions that twinned siblings have fraught, competitive and dysfunctional relationships where one sibling will eventually turn to crime: the idea of the ‘evil twin’. Although the doppelganger which appears in The Double is not an identical twin, the same logic is applied to the duplicated appearance but mental incongruence between Simon James and James Simon. Where Simon is unpopular but kind, thoughtful and loyal, James is successful but manipulative, selfish and cruel.

This opens up the question: what purpose does this doubling of characters serve in these films, and what does the figure of the doppelganger signify? It was noted in our discussion that the doppelganger functions as the ultimate fracturing of identity and thus appears to engage with ideas about modernity. This is supported by the film’s mise en scene. The spaces in The Double seem quite modern as, for example, the office Simon works in uses computer technology to process data. However this same technology is also strangely archaic: the computers look outdated and the machines are cumbersome and slow. Our sense of time and space is ruptured as the film seems to suggest that the events depicted in The Double could be everywhere but nowhere.

As such, the doubling of Simon functions in part to illuminate the horror of modernity: machines control the characters in the film, as well as giving them a sense of purpose, but the outdated technology also hinders the ability for these people to relate meaningfully to other human beings. The humour of the film derives from the horror of this situation. James’s intrusion into Simon’s life proves how nothing matters in this reality – that a callous attitude can succeed over a humble one – but this life is not a nightmare as such: the film states this is just ‘reality’. It is for these reasons that the film adopts a deadened tone despite the larger melodramatic themes and scenes which take place.

Finally, we also briefly discussed how James is introduced into the story and how this compares with other films featuring a double. In The Double, James first appears in very brief shots, when he quickly passes by Simon on his way home. The fast editing offers just glimpses of James before his formal introduction at Simon’s work place the next day. This entrance is similar to the double’s introduction in Black Swan, where noises on the soundtrack indicate the doppelganger’s arrival. Both instances also take place in tight, claustrophobic spaces where sound and image are difficult to discern. These images also contribute to the double’s status as a harbinger of evil which will threaten the wellbeing of the main protagonist.

Thanks Frances! Do, as ever, log in to comment, or email me on sp458@kent.ac.uk to add your thoughts.