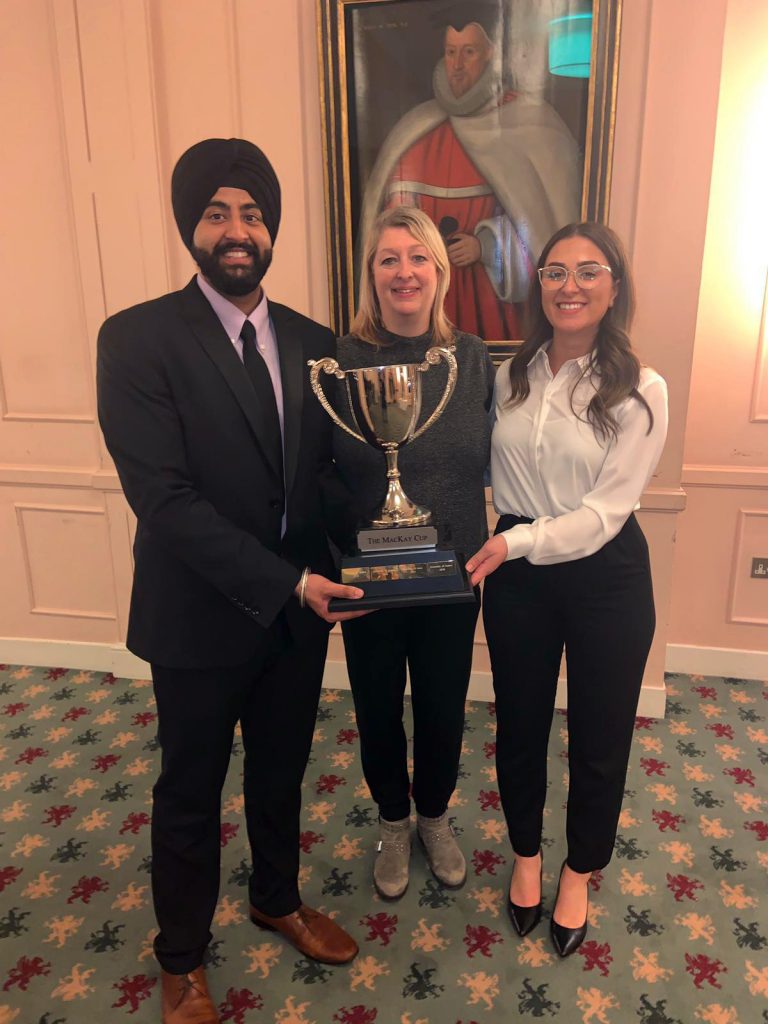 Senior Status students Simona Petti and Manwinder Singh were awarded the trophy after beating a team from the University of Sussex at last night’s final held in the Bingham Room at Gray’s Inn, London.

Simona and Manwinder advanced to the final from preliminary rounds of the competition held earlier this month. In the final, they competed as respondents before a panel of judges comprising five legal professionals from Canada.

Senior Lecturer Johanne Thompson, Director of Admissions with Canadian Responsibilities at Kent Law School, accompanied the team to Gray’s Inn. Praising the strength of their advocacy skills, Johanne said: ‘Simona and Manni demonstrated an excellent ability to think on their feet in the face of fierce judicial intervention from the judges. They both remained calm under pressure, presenting well-considered answers throughout.’

The MacKay Cup was launched in 2014 by the University of Leicester, with the support of Canada’s then Minister of Justice and Attorney General, the Honourable Peter MacKay. It enables Canadian students who are studying in the UK to moot in Canadian law. Kent Law School Senior Status students Maariyah Baig and Keegan Adsett-Bowrin won the MacKay Cup in May 2017. The other two events held during Canadian Alumni Week were the annual Kent Canadian Law Negotiation Competition on Tuesday and and a talk by Tyler on Monday. Yasmin Abbadi, Peteche Bethell, Nicole Bolick and Payam Mozaffari participated in the Negotiation Competition, judged by Tyler, Professor Jackson and Johanne. Peteche was named as best negotiator. Pictures of all the events are available to view on the Canadian Law Society’s Instagram account and/or on their Facebook page.