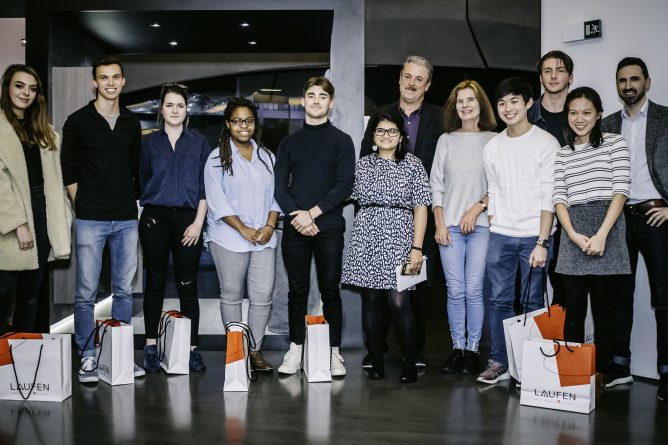 The AIA’s now well-established charrette is an opportunity for UK design students to collaborate and compete in teams being mentored by practising architects over the course of a suitably intense (but fun) day of creativity. This year’s brief, set in the Chelsea Harbour area and environs surrounding the Roca Gallery, invited architectural and urban speculations based around the idea of food or beverage production, consumption and distribution of a chosen, or invented, product drawing inspiration from this area of London being the home of the Chelsea bun.

The judges were won-over by the students’ inspired proposal for converting the site’s old power station into a speciality bread-making factory re-establishing a sense of place with a production, distribution and consumption cycle based on the local tide. This was further enhanced by reusing the chimneys to infuse the neighbourhood with the smell of freshly baking breads(!) giving a much needed sense of identity, and more wholesome character, to the this area’s ongoing mix of bland or blingy redevelopment.

Special thanks due to the unwavering encouragement of our mentor Bea Sennewald throughout the day, along with excellent AIA organisation and generous support from Roca and Laufen for hosting.