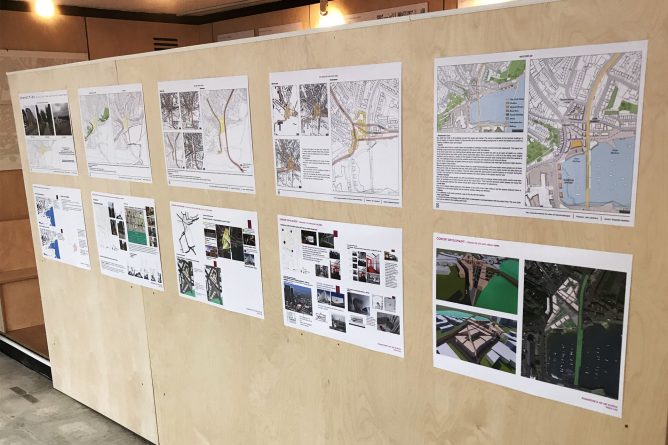 MA Architecture and Urban Design students have been invited to exhibit at Urban Room Folkestone as part of their work to stimulate interest in the regeneration of the local area. Programme Director, John Letherland, writes, ‘The design study was focussed on the regeneration of the Folkestone harbourside area. It was intended to engage with a range of issues concerning the relationship between landscape and architecture, and to identify opportunities for ‘place-making’ through an in-depth understanding of the urban context.

As part of the study, the students were asked to produce a concept masterplan that would transform the area between the Harbour and the Creative Quarter. They were encouraged to research the remarkable history of this ancient Kentish seaside town and to suggest proposals that would complement the continued evolution of Folkestone. Once the heart or ‘genius loci’ of Folkestone, the area sits at an important threshold between the land and the sea, and it was. However, it has suffered badly from large-scale bomb damage during WWll, then post-war slum clearance and traffic-planning programmes. What was once a complex warren of small streets, houses and businesses leading back from the inner harbour, is now a largely open and ill-defined area of town dominated by cars, car parks and fast-moving traffic.

The masterplan was to incorporate a variety of new buildings in order to generate funding for the redevelopment of this area, as well as to provide a means by which public streets and spaces can be enclosed and sheltered from the elements. The students were encouraged to suggest practical new uses for existing buildings, features or structures, rethink the existing (income-generating) parking facility and its possible reprovision elsewhere, reorder the current traffic movement system, as well as speculate upon the architecture of the new buildings and their uses. They were given the freedom to remove or add buildings as they saw fit. Apologies are therefore due to any existing building owners and businesses that may have been sacrificed in these entirely theoretical proposals!

The students were also encouraged to imagine and describe a new part of town that is seamlessly connected to the existing urban context, and to take into account the uniqueness of the place where it is to be installed, such that it only has relevance in that place and no other.”

The exhibition is open to the public from Wednesday 19th to Sunday 23rd August from 12pm – 2pm daily. 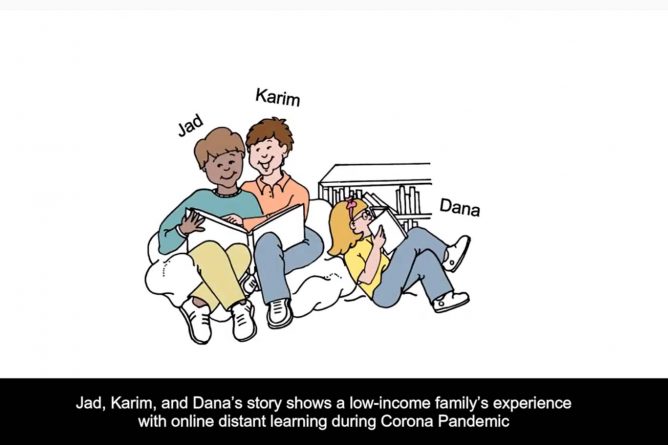 Former Kent School of Architecture and Planning PhD student, Itab Shuayb, creates inclusive campaign with cohort of architecture students at the American University of Beirut as part of their final project in her Inclusive Design course, with the collaboration of the Disability Hub at the Centre for Lebanese Studies, LAU, in Lebanon.

Itab writes, “Inclusive design is a human-centered approach that acknowledges the rights of all people regardless of age, gender, ability, religion, and ethnicity to participate and contribute to their society. This campaign sheds light on the main issues and barriers that diverse people have encountered during the crisis of Covid-19. Five videos have been designed inclusively with subtitles in in English Language, audio description, and graphic animations that convey the slogan, If the Corona Pandemic does not exclude anyone, so why does social justice not include us all.”

Watch the campaign videos over on the Centre for Lebanese Studies YouTube channel.