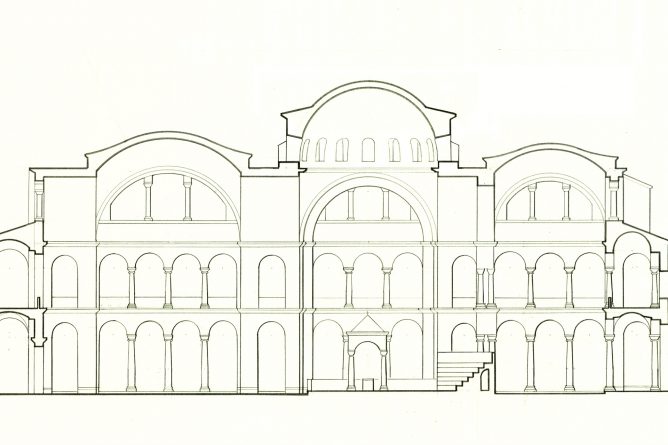 Dr. Nikolaos Karydis has been invited by the Faculty of History of the University of Warsaw to present his recent reconstruction of the lost church of the Holy Apostles at Constantinople. This was one of the most influential Byzantine churches. Its use as a model for the church of San Marco in Venice has been well documented. However, we know very little about the origins of the church of the Holy Apostles itself. This is largely due to the fact that this church no longer exists and its form has mainly been studied through Middle Byzantine descriptions. Based on a new interpretation of these records, Karydis’ recent visualisation of the church of the Holy Apostles provides a new base for investigating its origins. The key to establishing these origins lies in the comparison of Justinian ‘Apostoleion’ with the coeval church of St. John at Ephesos. This comparison sheds light on the stream of architectural influences between Constantinople and the provinces. It also helps to gain a better sense of the development of the type of the cruciform domed basilica during the first half of the sixth century.

The lecture is part of the Faculty of History’s ‘Late Antique Seminar’ and is intended to open the conference ‘Clerics in Church and Society’. Further information about the event can be found in here.