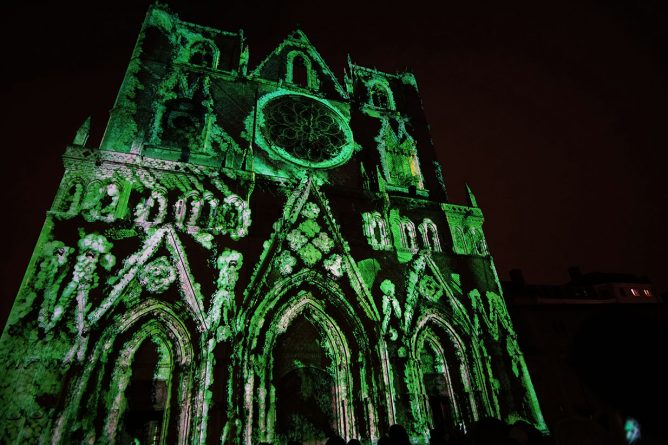 Howard Griffin, Director of the MA Architectural Visualisation programme, was invited to speak about his research into projection mapping at the Lyon Light Festival Forum in December.  The forum, which takes place as part of the annual Fête des Lumières, widely regarded as the inaugural and most famous light festival in the world, was attended by academics, lighting designers, projection artists and festival organisers.  Building on a recent article co-written with Dr Jane Lovell of Canterbury Christ Church University, Howard argued about the importance of understanding the nature of different projected installations and the effect this can have on their evaluation.  The article can be accessed at: https://doi.org/10.1080/19407963.2018.1556674

The presentation coincided with the University of Kent becoming an associate member of LUCI (Lighting Urban Communities International), a network of cities and companies focused on urban lighting and festivals.  Howard is working with stakeholder and partners to develop plans for a Light Festival in Canterbury in the near future. 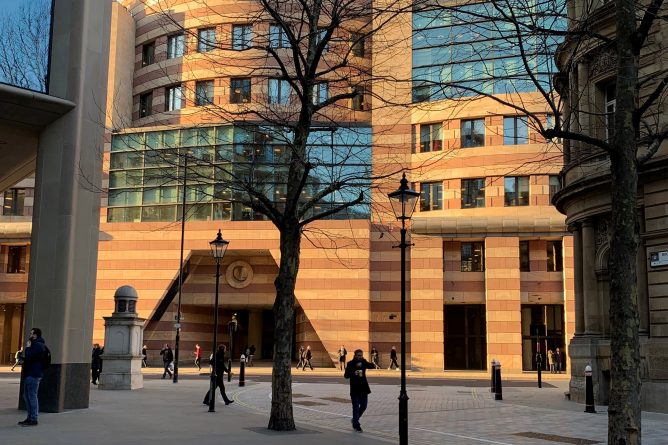 CREAte director Timothy Brittain-Catlin was selected to speak to an international audience at the recent Preserving the Recent Past 3 conference at the University of Southern California in Los Angeles last week. His subject was how the Twentieth Century Society, of which he is deputy chairman, won protection for British postmodern architecture last year through a campaign of events, talks, publications, and listing campaigns and challenges, and an approach towards understanding these buildings based on his book Bleak Houses: failure and disappointment in architecture. The work of the British architectural amenity societies such as the C20 Society was described at the conference by a senior figure from the World Monuments Fund as ‘far, far in advance of that in any other country’.

Preserving the Recent Past is the leading conference for all those engaged with twentieth-century building advocacy and conservation and was attended by delegates from all over the world. The last time the conference was held was in 2000, so this was an eagerly awaited event. The proceedings of the conference, including videos of all presentations, will be eventually be published online.