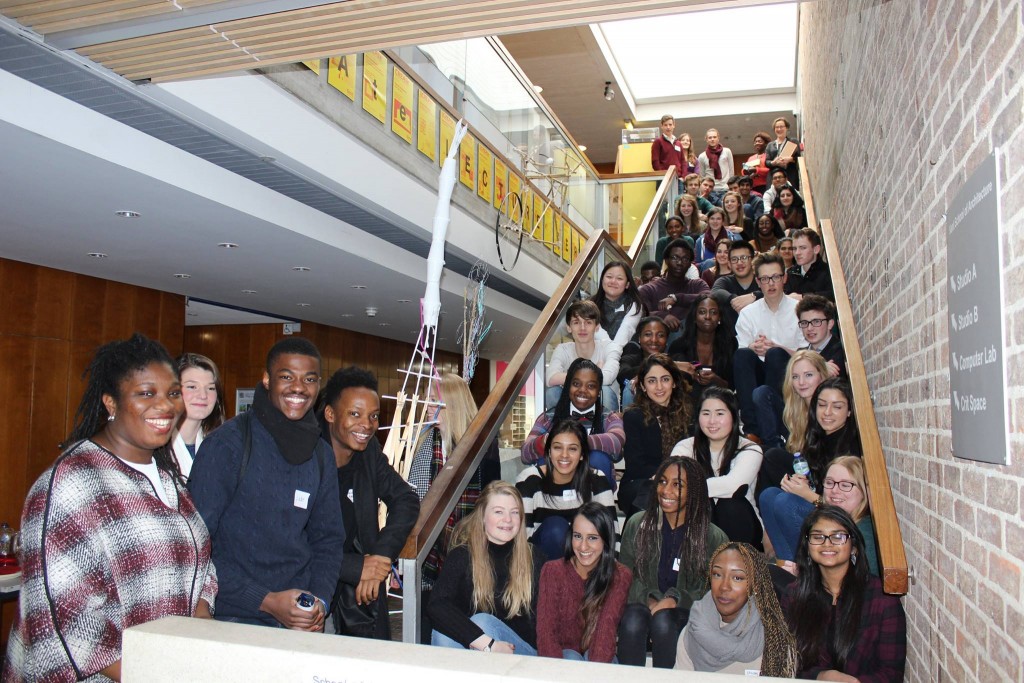 On Saturday 24th January KSA held its first Architecture @ Kent event. The action packed day offered students a chance to visit the School of Architecture and the opportunity to gain an insight into what being a student here is like.
As well as meeting fellow prospective students, those who attended were also acquainted with tutors and current students who were well equipped to answer any questions about university life at Kent. 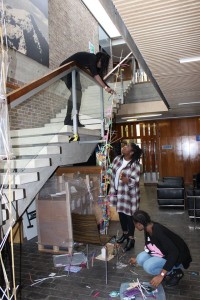 The day was kicked off with a welcome from the Head of School Prof. Don Gray followed by a lecture from Tim Brittain-Catlin concerning the differences between Classical and Gothic Architectural principles. The theme of the lecture was to pose a question to the prospective students;

Are you Classical or are you Gothic?

After a refreshment break, the first workshop of the day was run by our very own Fine Artist Patrick Crouch and encouraged creative, artistic thinking in order to construct a tower out of a selection of relatively flimsy materials. One group amazingly managed to reach a hight of around 5m, although it did not last very long! The students then were asked to name and present their towers to a panel of tutors, who commented on their styles, structure and creative flair.

Then came a banquet of pizza which went down well with both students and staff, followed by a tour of the campus to visit the universities many facilities and work some of the lunch off! 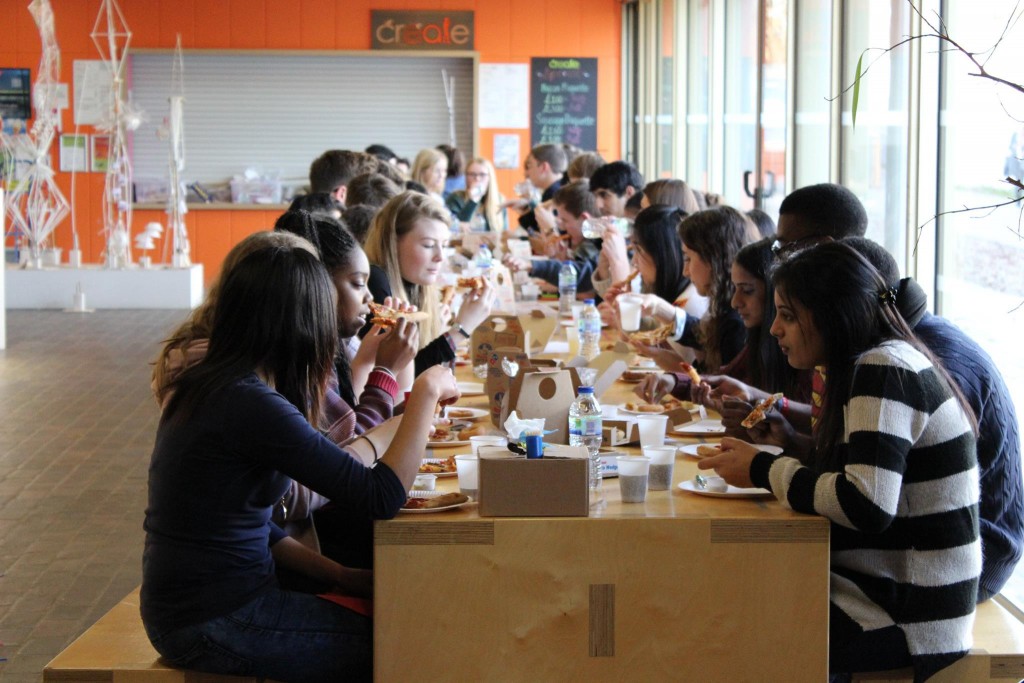 The afternoon session gave the students a taste of the practical design seminars they will encounter when studying architecture. They were each asked to think of a client with a specific profession, and design the ideal house for them made entirely of shipping containers. The design tutors and student ambassadors then taught about the basics of orthographic drawing (Plans, Sections and Elevations) and were on hand to assist with design queries. 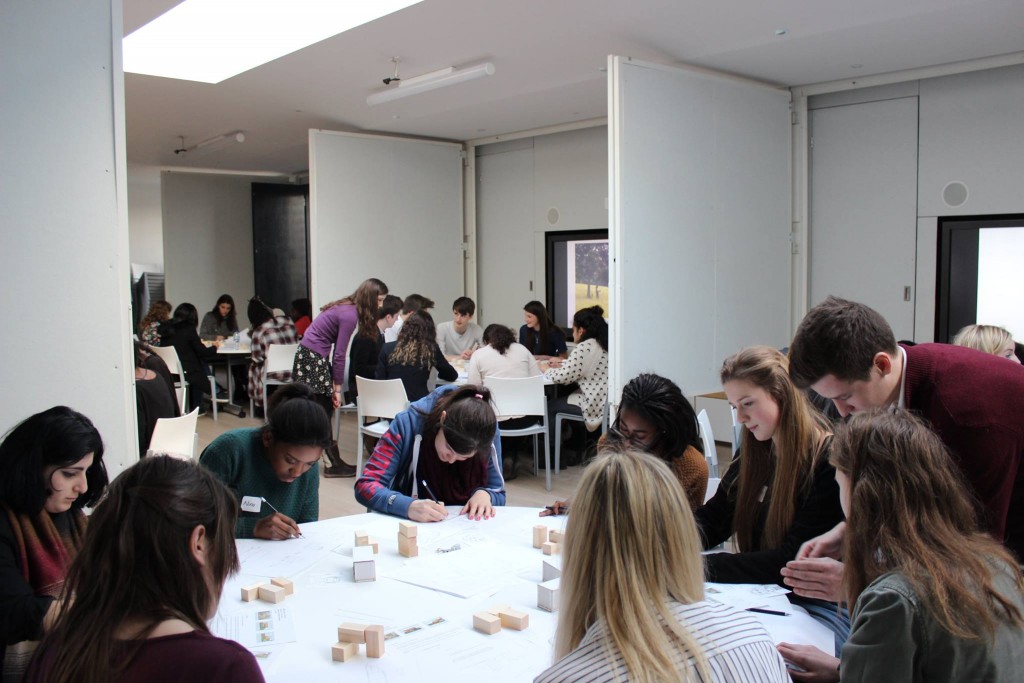 The aim of the day was to give each prospective student a better understanding of what an architectural degree entails. We hope that those who attended the event enjoyed it as much as we did, and we look forward to seeing you again soon. 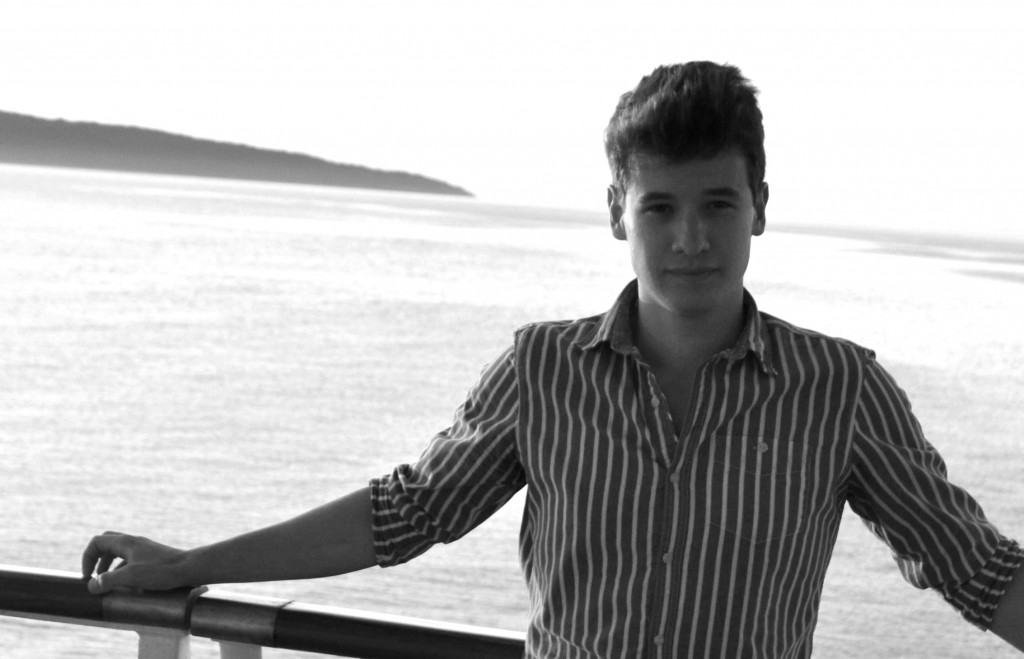 I grew up in Torquay, Devon in South West England in a family working predominantly in the tourism industry. I have always had a fascination with building design and with a brother who also studies Architecture, our dinner table conversations became more and more involved with discussing ideas for solving problems and efficiency improving strategies for tourist attractions.

– Why did you choose The Kent School of Architecture?

The two most important factors which influenced my application to the Kent School of Architecture were its rising reputation in the league tables and its proximity to the historic city of Canterbury. If I am going to be studying for at least three years in any one place, it has to be somewhere I can enjoy living, Canterbury ticked all of the boxes for me.

– What are you currently working on?

The main module I am working on at the moment is a master-planning strategy for Faversham Creek in Kent. Working in groups we were asked to consider ways in which traditional maritime industry can be merged with new businesses in order to boost local tourism. We will then use these ideas to propose a viable strategy to rejuvenate Faversham Creek and Faversham town centre.

As well as this module we also have two others, one which looks at steel structures and forms which can be incorporated into our designs, and a history module teaching us about 19th century English architecture. 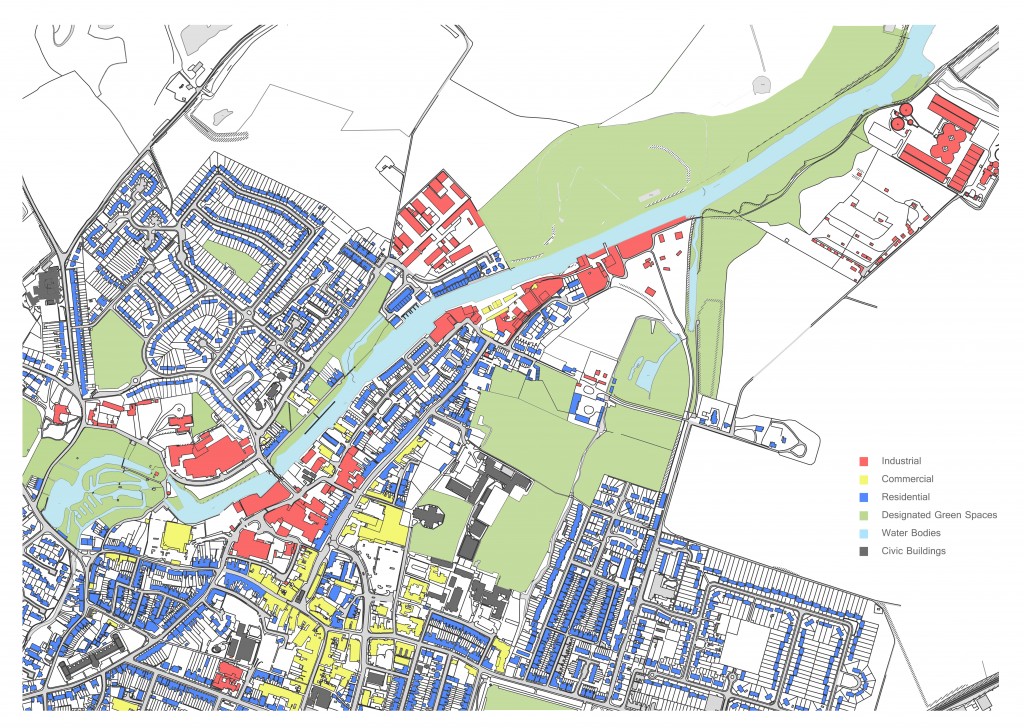 – Which building or architect has had the greatest influence on your work?

Last year a module called Ancient and Medieval Architecture focused on the architectural periods which influenced the design of Canterbury cathedral. Many of the seminars for this module took place within the cathedral itself, which is probably why I have become so attached to it as a place of inspiration. I am fascinated by the different layers of history waiting to be discovered on every visit.

– What advice would you give to someone embarking on an architectural degree?

One thing which I have come to realise during my time at the Kent School of Architecture is that although an architectural degree will teach you how to ‘design’, there are many other lessons which are often overlooked. For example, as you progress through the years, you will quickly learn how to juggle workloads as they themselves increase. This is done to prepare you for the manner of work you will encounter after your degree.

When I first chose to study architecture, many of the people I talked to told me that I was in for a lot of hard work, however, what they failed to mention is that as workloads increase, so too does your ability to manage them.

Following the announcement of the results of the United Kingdom REF on 18th December 2014, Professor Don Gray, Head of Kent School of Architecture (KSA) was delighted to report that the School was ranked 8th in the country for research intensity.

The review confirms that 40% of KSA research outputs submitted to the REF were ranked 4*, the internationally acknowledged definition of “world leading research.”

Professor Gray said, “This is a terrific result for Kent School of Architecture in its 10th anniversary year. Although this is our first submission to the REF, we have been placed equal with Cambridge.  We intend to build on this remarkable outcome to obtain even higher rankings in the next review.”

When academics are promoted to a chair (that is, they receive the title ‘Professor’) it is customary for them to give an inaugural lecture on a topic of their choice. ‘Flat white’ takes me back to my PhD on the German architect Heinrich Tessenow, but this represents current work for me, too, as my chapter ‘The German reform theatre: Heinrich Tessenow and eurhythmic performance space at Dresden-Hellerau’ in Alistair Fair (ed.)  Perspectives on Twentieth-Century Theatre Architecture (Ashgate, 2015) makes clear. Past and present students of mine in the KSA culture modules will recognise key themes of Modernism articulated one hundred years ago, and still with us today, in current attitudes to form, function, and construction.

Flat White: incipient Modernist architecture in late Wilhelmine Germany
The early years of the twentieth century witnessed remarkable advances in architecture emanating from Germany in matters technical, aesthetic and functional. The hiatus of the First World War interrupted this flowering of the art of building, which nonetheless resumed during the years of ferment of the Weimar Republic. On the northern outskirts of Dresden a settlement was founded, taking inspiration from English Arts and Crafts endeavours in Reform design and living culture, but with a pronounced Nietzschean ‘will to form’ all-encompassing in its reach. Here was a garden city with real industry at its heart (the progressive furniture factory of the Deutsche Werkstätten) and a magnificent performance space at its periphery, to which the great and the good of European society would come on pilgrimage.

The spare, unadorned houses designed by the quiet Mecklenburg architect Heinrich Tessenow (1876-1950) gave way to the spiritual and artistic centre of the settlement, his great festival theatre and School of Eurhythmy. A building which at first glance seems a correct and prim exercise in understated Neoclassicism turns out to be nothing short of revolutionary in its concision of internal planning, purity and simplicity of surface, and manipulation of light. It is an inspiring example of a building as product of a variety of artistic and social impulses, orchestrated by the tactful skill of its young architect, one which presages the collaborative work of the Bauhaus in Dessau some 15 years later. Its main performance space has qualities that would not make it unusual to find in the twenty-first century: its surfaces are smooth and pale, and emit light, shimmering like a reversed lampshade.

Between the economy of sachlich, functional terraced and paired houses and the stately Festspielhaus, designed to accommodate and give shape to emerging Reform ideas of pedagogy, dance and music (such as the eurhythmy dabbled in by D. H. Lawrence’s heroines), key traits of Modernist aesthetics were born, uniting the various arts and paving the way for the prevailing look of the twentieth century, one that is arguably still with us in the twenty-first: flat white.