The England U19 squad continued their recent sparkling form in the Netball Europe competition as they battled to victory in Northern Ireland. An action packed weekend started on Friday 25 April with a match against the host nation. The team were solid throughout and their opening match concluded with a 79-19 victory.

The following day, Scotland were the opposing team. After the first quarter the score was tied, England came through to win 49-32.

The title would be decided on the final day of the tournament as only Wales stood in the way of England retaining their crown. An excellent start for the U19s saw them move six goals clear heading into the second quarter. The title was secured by a narrow 54-48 win.

Vicky was court side for all of the matches and helped ensure all the players were available for every match. All of the players who competed in Belfast gained their first caps for the U19 squad. There were twelve athletes in total who are still reasonably new to learning what the role of a physiotherapist is.

“It is a great experience working with this age group because they are all still learning what it takes to be a performance athlete. There can be subtle changes or suggestions made with regards their post-match recover, stretching routines, seeing the physiotherapist with a niggle rather than leaving it to become an injury that affects them being on the court and general preparation, that can have significant impacts. Being in Northern Ireland to see them compete and be victorious, makes all the hard work they do at camp on a monthly basis and individual training at clubs all the more fulfilling”.

Kent Sport physiotherapy clinic is in the fitness suite at the Sports Centre. By working with the highly qualified physiotherapists and health and fitness team, you can enhance your wellbeing and sporting performance. For further information call 01227 824375, email physio@kent.ac.uk and visit www.kent.ac.uk/sports/physio 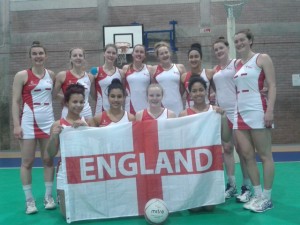