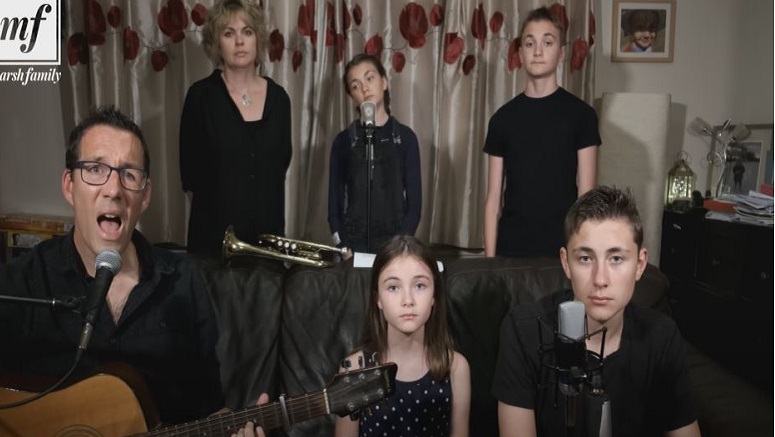 The Marsh household – dad Ben, a lecturer in History at Kent and mum Danielle and their four children Alfie, Thomas, Ella, and Tess – reworked the famous Sound of Music’s Edelweiss to remember the life of the much-loved monarch who died on 8 September 2022.

The idea for the rewritten track stemmed not only from the outpouring of grief from the nation but from overseas, particularly from fans in the USA.

‘We were getting requests from our listeners and followers in the states to almost pass on condolences to the Queen’s family,” explained Danielle when we caught up with her this week. “It was a feeling that we’d lost a foundation pin in our lives and everything felt strange.

“When we did an interview in the New York Times during the pandemic where they labelled us as the ‘Von Trapps’ and we’d never done anything from the Sound of Music – this felt like the right song and the right time. On the Friday night we decided on Edelweiss and Ben wrote the lyrics. We did it all in about an hour. Ella added her cornet solo at the end, which gave it a real sense of remembrance.”

The family are now working on a live stream and producing direct covers of songs rather than just parodies and are hoping to keep recording new material on regular basis.

Click here to watch more of the Marsh Family performances