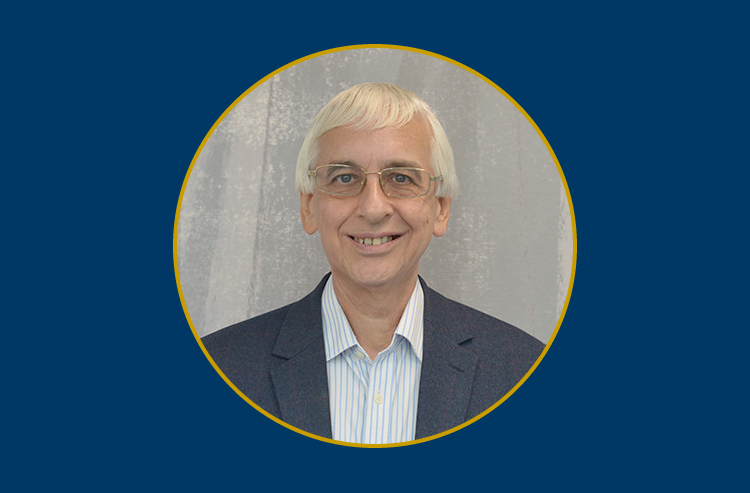 Kent Business School is incredibly sad to hear of the passing of Professor Robert Jupe, a beloved and respected member of our School teaching and research community.

Robert died on Monday 1st August 2022. Our deepest sympathy goes out to Robert’s family and to his friends and colleagues.

Robert was a former Professor of Accounting and Public Management at Kent Business School, having joined the school in 1990 where thousands of students had the joy of Robert teaching Advanced and Introductory Financial Accounting. Robert was not only a well-loved teacher but a pioneer in ground-breaking research in the vital areas of public sector management and accounting history. His studies made an important impact on society as a whole with ethics and humanity at the heart of everything he did.

As an academic, he wrote extensively on the origins and consequences of Britain’s privatisation of the rail industry, and on how New Labour’s Third Way approach to public services led to the increased marketisation of the state.

Robert retired in 2019 as he suffered with ill-health. Many of his colleagues say he did so reluctantly as he truly adored his job, the students, and his research.

More recently, as an emeritus, he published an important research paper with colleague Professor Warwick Funnell on the impact of the increasing financial emphasis of the market in the context of the Grenfell disaster. The study concluded that the Grenfell Tower refurbishment was ‘a toxic mix of austerity, outsourcing and deregulation with a focus on value for money in the refurbishment led ultimately to the betrayal of life of the residents’.

Robert will be sorely missed by all of the team at Kent Business School, he was still very much part of the University community even after his retirement and regularly visited campus.

Dean of Kent Business School, Marian Garcia says: ‘Professor Robert Jupe was a valued colleague and friend who achieved international recognition for his work in the privatisation of the rail industry. He was passionate about education and contributed to the success of KBS in so many ways. We will long remember Robert’s dedication, tenacity and generosity towards staff and students.’

Professor Warwick Funnell says: “When I started to work with Robert, I quickly became aware of his many great qualities and how he was always held in high esteem by his colleagues. This recognised the loyalty and commitment that Robert always displayed to his colleagues, being there always to do his best for them. This was also consistently evident with the way in which he was highly regarded by his students. I remember attending one of his classes and being mesmerised by the way in which he had remembered the name of each student and was able to specifically engage with each of them during the seminar. I was especially privileged to conduct important research with Robert and to benefit from his well-deserved international reputation as a scholar.

Throughout our association, I was fortunate to benefit from Robert’s ability to make important matters related to the negative impact of privatisation on the well-being of our society accessible to a wider audience. Particularly memorable examples of this were when our very well received book In Government We Trust was launched in the Palace of Westminster and our recent major submission to the Grenfell Tower Fire Inquiry.” Dr Owen Lyne, Senior Lecturer in Statistics at University of Kent, said: “Robert was our University of Kent UCU branch treasurer. I particularly remember his contributions to our AGMs, when he gave the treasurer’s report. As a big fan of Gordon Brown, he was always keen to get the phrase “prudent stewardship” into his discussion of the branch accounts. It was a justified description and subsequent branch treasurers have benefited from how well branch finances were handled over Robert’s tenure. Many members received money for hardship claims or expenses via Robert, who was always supremely efficient and organised in so doing.

“On a personal note, Robert and I enjoyed many of the same comedy programmes and often went to the same stand-up comedy shows at the Gulbenkian Theatre. Robert loved live theatre and comedy. I will miss having lunch with Robert in Rutherford, swapping recommendations about TV comedy and drama, and discussing current events in the university and in politics.”

Ashley Casson, Senior Lecturer in Financial Accounting & Taxation said: “I knew Robert for nearly 12 years, and he was a very dear friend who I will miss very much. Even after retirement he came in for our coffee mornings, except during Covid when we held them online instead. Those mornings will never be the same again.”

If you have been affected by Robert’s death, please contact our Wellbeing Services.

Robert’s family have set up a tribute page to Robert, here.