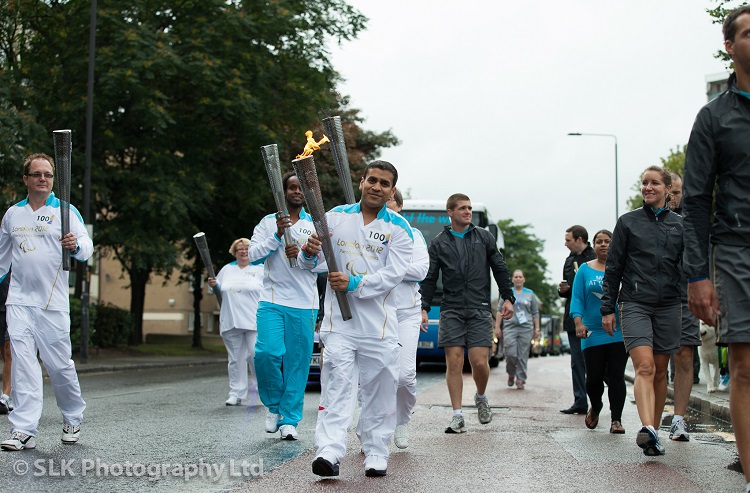 Kush Kanodia is a former Kent Business School student who left a lucrative career in merchant banking for life as a social entrepreneur, creating systemic change in major organisations including NHS England and the Premier League surrounding disability.

In 2018 he was recognised as in the top 10 most influential BAME leaders in technology and in 2019 was named second most influential disabled person in the UK.  Kush will be collecting an Honorary Doctorate of Science at Rochester Cathedral on 20 July 2022 for his inspirational career.

“When I was a child, my hips would regularly dislocate,” explains Kush. “Sometimes just walking to school was going to hell and back. Then the school bell would ring and all the kids would run in but I wouldn’t be able to do that. I’d be late and get a detention. All the emotion would just boil over, I’d just start crying. They didn’t understand the pain and the difficulty.”

He says: “When I was young and couldn’t fully articulate the challenges around accessibility. I thought I was an average student, I got average GCSE’s and A levels. It took both hip replacements for me to realise that it was due to lack of inclusion, not because I wasn’t intelligent.”

In 2000, after graduating in BSc Management Science and shortly before he undertook an MBA at Kent, Kush had both his hips replaced.

“I started to excel in everything,” remarks Kush. “I did an MBA, got a distinction and started to receive multiple awards and accolades – I realised the pain and suffering previously had been hindering my performance.”

Kush credits the MBA as being a ‘pivotal’ moment, leading to him joining as an associate for Morgan Stanley and giving him a starting point for vision and mission.

“The MBA opened my eyes to the business case for systems change for disability inclusion. Worldwide, there are 1.85 billion disabled people, and the purple pound is valued at £13trillion globally. Through my studies, I developed an understanding of the power of presenting this in a commercial sense, to capture interest and support.”

During his time studying at Kent, Kush also met with Professor Mike Oliver the father of the Social Model of Disability.

“I met Mike at K Bar before I was into disability rights champion, and we got talking,” explains Kush. “He was a pioneer of the social model of disability. It states that what disables us isn’t our impairment, but it’s inaccessible environments and negative attitudes.”

The collapse of Lehman Brothers had a ‘profound affect’ on Kush, with Mike Oliver’s words ringing in his ears, social entrepreneurship became his focus.

“The whole model of profit without purpose seemed defunct. I set up my first charity – Choice International with the help of Kent Business School and quit banking.  The focus of the charity was international development and to empower disabled people using the best practice of disability inclusion from the UK, Europe, and the US, to help people globally.”

From there on Kush took on roles including as a Transformational Change Consultant at the NHS’s Northeast London Commissioning Support Unit to improve patient care and founded HeartsMap to promote social change and to improve the quality of life for communities globally.

Each role leveraged his lived experience of disability to campaign for systemic changes. In 2012, he was contacted to be a torch bearer in the Paralympics for London 2012 for his dedication to disability rights and being a role model with the ability to inspire the future generation, it was a ‘transformational’ moment.

It was after a director’s meeting at Chelsea and Westminster NHS Foundation Trust Hospital where Kush was a Patient Governor in 2019 that his campaigning became national news – and led to the biggest change in government policy surrounding disability in recent times.

“There was a proposal to start charging at Chelsea and Westminster Hospital for disabled parking. The area has the highest income equality in the country and all the local tube stations are a 15-to-20 minute walk away. It was a systematic violation of disabled people’s rights and of the founding principle of the NHS, free at the point of delivery.

“I presented an evidence-based case against the decision, that disability was now the strongest predictor of poverty and only 1/3 on London Tube stations are accessible with step-free access and for a long time no one would listen – so I launched a campaign.”

Disability Rights UK got behind his efforts, appointing Kush as ambassador. It was a bold and courageous confrontation at a Kings Fund Leadership Conference that year with then Health Secretary Matt Hancock which pipped press interest and saw Kush’s policy proposal published in The Times, the Telegraph, the Daily Mail and featured on the BBC. “The campaign got woven into the manifestos of all the major parties for the 2019 general election. The Conservatives expanded it out to long term inpatients, parents of sick children, NHS night staff as well as disabled people.  This was implemented into law at the end of April last year. It helped 2.5million disabled people with blue badges to access critical healthcare in the pandemic and cost of living crisis.”

Now, Kush works with CAFE – Centre for Access to Football in Europe – improving access to football for disabled people in partnership with both UEFA and FIFA, having transformed the Premier League with Level Playing Field in a similar way. He is on the advisory board for the Global Disability Innovation Hub which drives global disability movement and AbilityNet which strives to make technology and the virtual environment more accessible. He is also Associate Non-Executive Director at the Hertfordshire Partnership University NHS Foundation Trust which specialises in mental health and learning disability services.

Despite experiencing excruciating pain and in line for a shoulder replacement in the near future, he maintains that his disability is a positive.

“My disability has helped transform the purpose of my life – it helps to keep me balanced, grounded and empathetic. By reframing my disability from a negative to a positive, Its no longer a weight holding me down, but something that actually lifts me up.” “To receive this recognition from University of Kent as a disability and rights champion I feel so proud and honoured. Using the knowledge and wisdom gained from my studies at Kent and the connections I made enabled me to help transform major institutions such as The Premier League and NHS England, I have wonderful memories of university life and many lifelong friends.”

Kush’s latest campaign focuses upon reasonable adjustments for Disabled Londoners and exemptions for Blue Badge holders from the Ultra-Low Emission Zone but above all, he is still seeking a shift in attitudes and to make our environments accessible to us all.

“We’ve had ten years of austerity, a pandemic, and a cost-of-living crisis. Disabled people have already been the most disproportionately impacted group, with 3/5 of all Covid19 deaths being disabled people, even though we amount to only 17% of the population (ONS), we have to ensure we do not regress any further as a society. Disabled people are the largest minority group in the world and still the most discriminated against, we are a population greater than the size of China and we are now demanding change.

“We will all experience disability in some shape or form in the future, either through our own personal experiences or though our friends or family. As we live longer as a society, it is imperative we make things accessible and inclusive as we possibly can.”