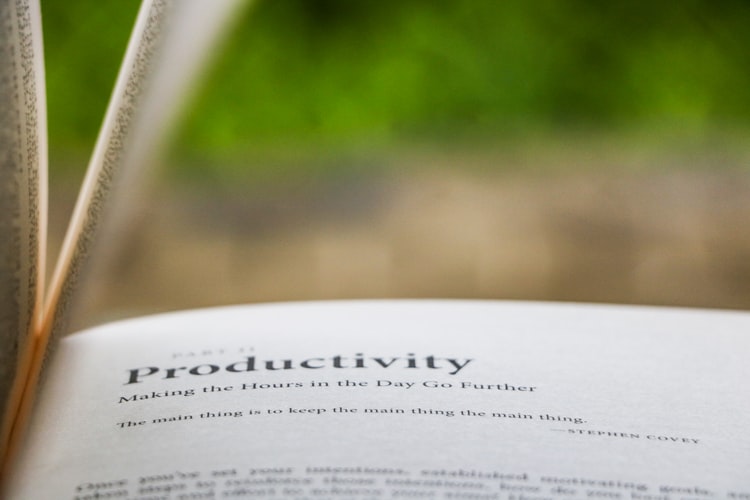 The University of Kent is excited to launch a new research hub which brings together researchers from the Kent Business School and the School of Economics to consider Productivity, Performance, and the Workplace.

May you live in interesting times

The UK economy is soon to emerge from the most turbulent period since World War 2. The COVID-19 crisis has resulted in the furloughing of an estimated 27% of the workforce, the suspension of around 24% of businesses in the UK and GDP – the measure of national output – is estimated to be around 34% lower than it was over the same quarter last year. Existing evidence on how COVID-19 is impacting on the economy, through demand- and supply-side pressures, in the labour market as well as the survival rates of firms, is something the ONS has been quick to work on. Undoubtedly, economic history has a lot to teach us, and we will see commentary here by our colleague Dr Alex Klein in the coming weeks.

Looking forward, current expert forecasts are predicting a contraction of the UK economy, resulting in a fall in GDP of around 7%, and a global decline of around 3.5%. Our colleague, Professor George Saridakis, has presented evidence on the European context on a range of early metrics, such as a number of cases and deaths to highlight the distinct differences between different areas in Europe. He goes on to consider policy responses to the crisis. Academic speculation currently revolves around how and when the UK will come out of sharp contraction and, when we do, what will the overall economic implications of the shut-down be? Of particular concern here is what will that mean for the efficiency of resource allocation and productivity – the fundamental requirement for long term economic growth? Future blogs led by Professor Miguel León-Ledesma will elaborate on productivity during recessions but here we consider the current productivity position of the UK and its drivers.

Productivity is the efficiency measure of how much output is produced for a given level of inputs.  It is reported in terms of labour productivity, as output per head or per hour.  A more precise measure is total- or multi-factor productivity, but this a more abstract concept and requires detailed data on capital services, often based on several assumptions.

Reasons to be cheerful?

On one hand, there are several reasons to be optimistic about the emergence of the UK economy from the COVID-19 lockdown. Some would argue that the fundamentals are sound. Banking underwent a significant overhaul of liquidity and capital rules following the financial crisis suggesting that it is now in a robust position to support businesses and individuals.  Somewhat reluctantly, the sector seems to be playing its part. Grocery retailers have experienced considerable growth in demand (10.4% increase in sales), and businesses, households and educational establishments have embraced technological solutions at a speed that would be unprecedented under normal circumstances. We see this reflected in share prices of high-tech stocks such as Zoom, Amazon and Netflix, outages and security concerns notwithstanding.  These changes to how we do business are of increasing policy and academic interest, as we aim to facilitate workplace adoption and raise productivity.  Indeed, the Hub has recently been awarded a project by the Office for National Statistics to better understand the barriers to changes in business practice as a result of digital innovations in Kent businesses.

Arguably, there is also the potential for improvements in the work-life balance as increased working from home potential has been unlocked.  The extent to which worker wellbeing interacts with productivity will be touched upon by Professors Andrew Clark and Yannis Georgellis in their forthcoming blog. Large firms will be asking questions about whether large, expensive offices in central locations are providing value for money.  In the labour market, despite high levels of furloughing, there are indications that workers are using this opportunity to up-skill. This will be essential if the labour market is to be able to recover post-crisis.  In this regard, we see that productive capacity hasn’t been wiped out, rather mothballed for the duration of the pandemic. Moreover, there is considerable evidence now that while, according to Andy Haldane, pandemics erode capital, social capital in the UK has shown real signs of resilience and growth throughout the social distancing of the lockdown. This provides the economy with an opportunity to really do things differently.

However, the longer the lockdown goes on, the increased probability of business failures. Current estimates (provided by Andrew Goodacre of the British Independent Retailers Association to the BEIS select committee) suggest that around one-fifth of retail outlets on the high street will remain closed as lockdown eases. Global supply chains are already seen as a source of complication. But the evidence that the UK has a long tail of unproductive firms is part of the explanation of the UK’s productivity puzzle and may be addressed by the crisis.  Undoubtedly painful, but in a Schumpeterian sense, resources will necessarily be reallocated to more productive uses if poorly performing businesses are allowed to fail.  Forecasts of 10% unemployment take the UK back to levels of unemployment not seen since 1992.  Will the political cost be too high? Looking at a route out of lockdown, NIESR argues that key upstream sectors, such as manufacturing and construction, should be the first in line for an easing up of the social distancing restrictions in order to maximise the economic benefits from the increased risk of social interactions.

COVID-19 recovery and beyond

Prior to the Covid-19 crisis, the UK was already battling the productivity puzzle; despite record levels of employment, output was not growing sufficiently to generate meaningful growth. The UK government entered 2020 with a clear political mandate; it had committed to leaving the EU and at the same time, levelling up the regional inequalities that exist in the UK. The sustained period of Globalisation in the late 20th Century and at the start of the 21st Century created winners and losers, with the UK being amongst the most regionally unequal of the OECD countries, not just in terms of economic activity but also in terms of economic efficiency. The Hub is currently contributing to a research project led by NIESR for the Scottish Government on sources of the Scottish productivity gap with other European regions.  Recent evidence on how the COVID-19 crisis might exacerbate or reduce these inequalities suggests that it will be hard to predict based on sectors and areas but that targeting support to lower-income and less-educated workers would be a sensible response.

Up until March 2020, the economic focus of politicians had been on addressing these concerns in large part associated with the productivity puzzle.  Resources had been directed to raising UK levels of domestic innovation – a driver of productivity growth – as well as research resources designed to comprehensively support productivity and its growth.  The UK spend on R&D as a share of GDP has traditionally been low.  Targets set by Government were considered ambitious even before the COVID-19 crisis but unlocking productivity from innovation will be one possible a route to recovery.

Taking a sectoral perspective, we know that some sectors will be harder hit as they emerge from lockdown, with transportation and the arts predicted as being the big productivity losers in the medium term at least. Richard Harris points to echoes of the 2008 recovery from the financial crisis. A recent blog by Docherty and Forth raises questions about possible sectoral losers from the ‘new normal’, focussing on the transport sector as workers and holidaymakers stay closer to home. Heavy industries that were already experiencing difficulties such as the steel industry are calling for significant government support.  Retail has shifted even more online than before and we have already seen some casualties of this (such as Debenhams; Oasis) and some winners (BooHoo). These, in particular, are likely to further affect the high streets in already disadvantaged regions, and thus there is a real danger that the COVID-19 crisis will exacerbate existing regional inequalities. The sectoral picture undoubtedly hides a significant amount of change fundamentally felt in terms of how businesses operate at the firm level and a better understanding of this is required.  Professor Jeremy Howells will take a look at sectoral productivity differences between services and manufacturing in a future blog.

At the individual level, Sir Angus Deaton calls the crisis ‘an equal opportunities infection’ suggesting that it offers the opportunity for a reduction in inequalities, despite what we know about higher levels of infection and death amongst BAME key workers. Research will need to evaluate the impact of COVID-19 on different socio-economic groups to see how much of this is due to ethnicity and how much to occupational and geographical concentrations. Likewise, there is a need for a better understanding of how SMEs, in particular, have been affected, relative to their larger counterparts.  Despite the huge economic cost of COVID-19, there is some encouraging evidence that business will be done differently going forward. Moreover, this has the potential to allow the UK government to be even more radical in their levelling up agenda than they perhaps could otherwise have been.

At this stage, so much is uncertain (and we know how much markets hate uncertainty), but undoubtedly productivity and workplace performance will be centre stage for some time to come. We look forward to contributing to this research agenda in a number of ways and sharing our efforts in this field through our research outputs and here.