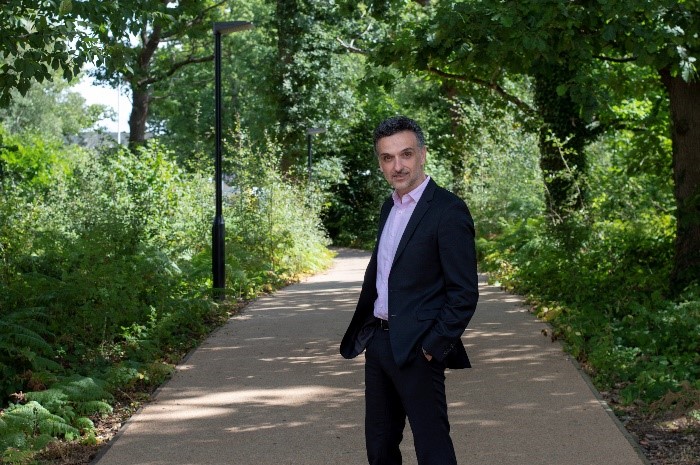 Professor George Saridakis has been re-appointed as Honorary Professor at the Sir Arthur Lewis Institute of Social and Economic Studies (SALISES) for a further three years.

SALISES  was established in August 1999 as a result of a merger of the Institute of Social and Economic Research (ISER), established in 1948, and the Consortium Graduate School of Social Sciences (CGSSS), established in 1985. It was named after Sir Arthur Lewis, Nobel Laureate in Economics and the first Vice-Chancellor of the University of the West Indies (UWI).

The Institute hosts a series of seminars, special lectures and an annual conference. The MPhil/PhD degree programme is research-oriented with supervision in the areas of social development policy (including human resource development), governance and public policy, economic development policy and management as well as integration theory and practice.

Important to SALISES is the distinguished adjunct Institute staff which includes Professor George Saridakis. This team has considerable research and policy experience and are involved in the delivery of the degree programmes of the Institute as well as the provision of consulting and professional education services to the wider local and regional Caribbean communities. Professor Saridakis continues to assist students at the MSc, MPhil and PhD levels and collaborates with staff in several areas of research. When he visited the institute, his seminars were well attended and Dr and student participation in the question and answer session was remarkable.

A point to note is that Professor Saridakis has published many articles with Dr Sandra Sookram, former Research Fellow as SALISES and current Deputy Governor at Central Bank of Trinidad and Tobago.

Over the last ten years, he has also published with Dr Anne-Marie Mohammed, Lecturer in the Department of Economics at the University of the West Indies.  They have written many articles on local, regional and international economic issues, some of which were published in Journals with high Impact Factors.  To quote Dr Mohammed “writing with Professor Saridakis has not only given me a wealth of knowledge and experience but has given me international recognition.”

Commenting on his re-appointment Professor Saridakis said “Working with SALISES and other members of the UWI staff has been an incredible intellectual experience with significant theoretical and empirical knowledge exchange gains. It is an honour to be re-appointed as an Honorary Professor in an institution with such an enormous contribution to the Caribbean region and to academic teaching and research.