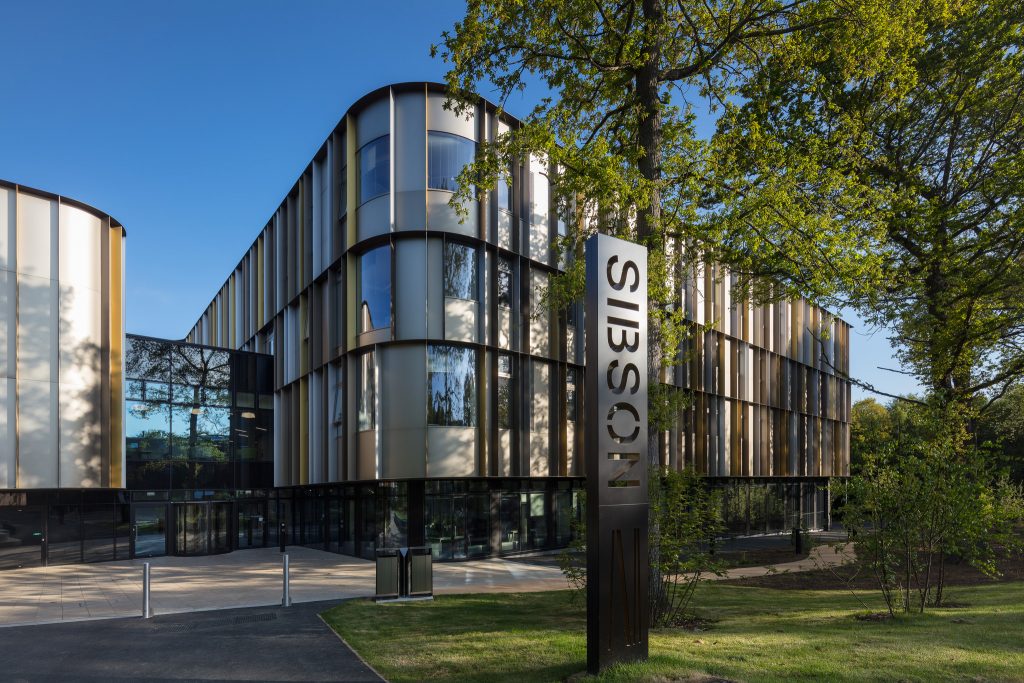 Kent Business School’s home at the Canterbury campus, the Sibson building, has been named South East Building of the Year by the Royal Institute of British Architects (RIBA).

The building is one of five in the South East to win at the 2018 regional architecture awards on 17 May, a year since its official opening, and means it will now be considered for a RIBA national award.

The RIBA awards recognise architectural excellence. Chair of the Regional Jury Sarah Featherstone said the winning buildings ‘have the capacity to amaze, inspire and improve our quality of life’.

Designed by architects Penoyre and Prasad, the Sibson Building is not only home to Kent Business School (KBS), but also the School of Mathematics, Statistics and Actuarial Science. It is named after the late Professor Robin Sibson, a former vice-chancellor of the University.

Described by RIBA as ‘a very thoughtful building, with a clear architectural concept which has been rigorous enough to withstand the project development and budgetary constraints’, the design concept features zigzagging wings which help to integrate the two schools while allowing them to have their own dedicated spaces.

The RIBA description continues: ‘It was evident that the relationship between the design team and contractor was good, with shared aspirations helped by good communication of design intent. Likewise, there seemed to be a strong sense of trust and respect between client and architect and when we met them the architect’s passion and enthusiasm was infectious.’

Sibson will also be considered for a highly-coveted national RIBA award to be announced on 21 June. The shortlist for the RIBA Stirling Prize for the best building of the year will be drawn from the national award-winning buildings later in the year.

The award was received by a delegation from KBS and the University’s Estates Department, together with the design team and contractor.

A video that gives a flavour of just why the Sibson building is now an award-winner is available over on our YouTube channel.