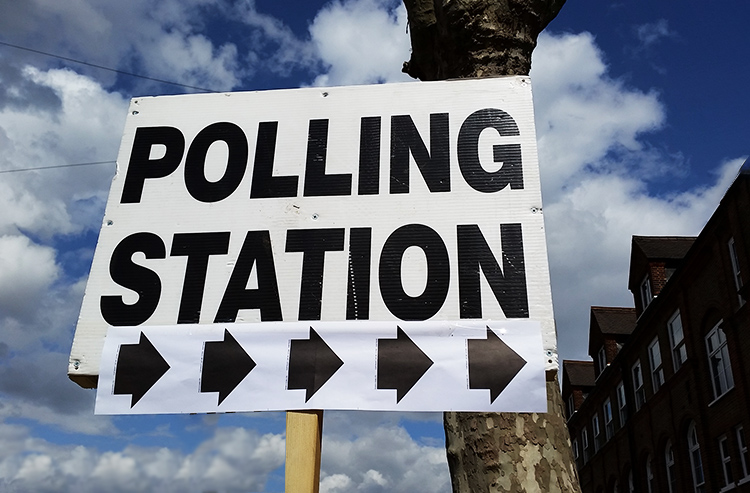 Voters are wrong to think they can pick the best politician based on their looks, according to new research which shows this leads to less effective people being elected which came out just before the recent local elections.

Political parties are increasingly trying to achieve success by focusing on the personality of candidates rather than policies or party allegiance.

However, in our research – entitled ‘Do voters get it right? A test of the ascription-actuality trait theory of leadership with political elites’ and jointly undertaken alongside Professor Jo Silvester from Exeter Business School – found that, while people vote for local councillors who they believe look competent and have agreeable or trustworthy personality characteristics, these same people are often ineffective politicians because they have the wrong sort of personalities to succeed in office.

Our study asked 138 local politicians in the UK to rate their own personality. We also asked 755 of their colleagues, both other councillors and council officers, to anonymously rate their performance in office.

In addition we showed 526 people from around the world pictures of the councillors and asked them to say what they thought their personalities would be like, though they were not told they were serving politicians – a methodology we think to be the first research to measure the impact of appearance and personality on voting and political performance in this way.

We compared these personality profiles and ratings of facial appearance against the politicians’ share of the vote in local authority re-elections, and their performance in office. Candidates whose appearance was described as competent had more success than others at the ballot box, but were not judged by their colleagues as any more effective while in office.

Politicians who rated themselves as ‘agreeable’ and whose personality suggested they were trustworthy and cooperative, had performed better in elections, but were not judged as very effective by their colleagues after winning their council seat. This may be because these traits may not be useful in politics, where debating and challenging others are key to success.

Voters are not necessarily able to see what politicians are required to do in their day-to-day work and therefore have to rely on characteristics that might seem to matter for leadership, but may not actually be that important.

What the research highlights

Our research highlights the potential for image consultants and PR teams to influence elections by manipulating the way political candidates are presented to the public. This points to the need for greater transparency in the political process so that voters can get to know what political work really is, and who politicians really are.

Voters increasingly choose politicians based on personality traits such as how warm, reliable, or decisive they appear to be, judged often by how they look or how tall they are. We wanted to find out if casting their vote this way is wise – did it help voters get the right public servant?

We found voters prefer candidates who are agreeable, but are won over less by people who look warm. Those “agreeable” politicians were less successful in office, possibly because being a good elected representative requires people to challenge and oppose and win arguments rather than avoid conflict. There is a mismatch between the types of politicians that voters say they want and those who are deemed to perform well once in office.

The paper has been published in the journal The Leadership Quarterly. Find out about Kent Business School’s MSc in Human Resource Management for which Dr Wyatt is Deputy Director.

Maddy is a Chartered Occupational Psychologist, lecturer in Human Resource Management and is the Deputy Director of the MSc in HRM. Her research interests are in organisational and political psychology, politics at work, leadership, politicians as political workers.