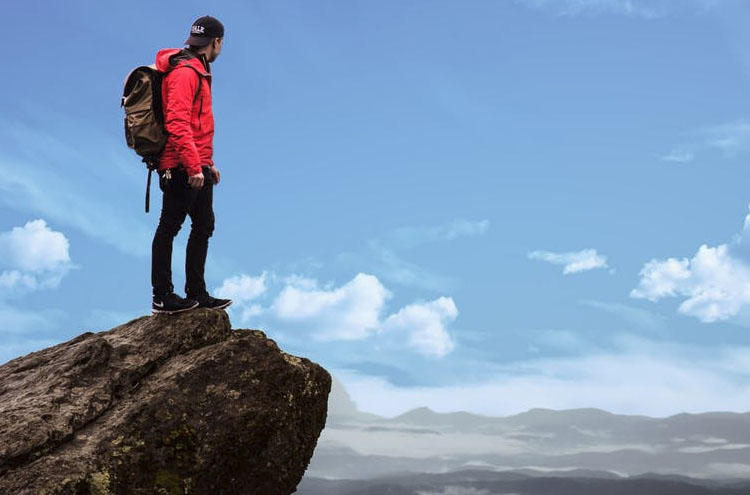 My current topic bears the title “Personality, Risk-taking Attitude, and Career Outcomes: Evidence from the UK Household Longitudinal Study”. As the title aims to convey, I approach the notion of Risk, and how that affects certain career outcomes.

Can we measure personality?

The answer is yes. Although certain aspects of our behaviour are malleable and subject to influence from our immediate environment, like our self-efficacy, others are more stable and difficult to change. At least, they do not change immediately, or require years to alter. These are the Big Five Personality Traits often referred to with the acronym OCEAN, which stands for Openness to new experiences, Conscientiousness, Extraversion, Agreeableness and Neuroticism. In my research, I take this big leap of faith and introduce for the first time the Big Six or COREAN, which is basically an anagrammatism of OCEAN with the only difference that I include Risk as a personality trait, which is relatively stable and difficult to change.

Do you think we can rely on standard personality types such as those defined by Myers-Briggs?

The problem with Myers-Briggs psychometric measure of personality is that although it has been used extensively by professionals, and individuals in order to explain individuals’ personality characteristics for their co-workers, friends, and families, it needs updating. That means that due to early criticism of that psychometric measure, researchers decided that instead of extending it, it would be best to replace it. For that reason, Myers-Briggs is a four-point psychometric measure, while the Big Fives (or the NEO-PI if you want to use the scientific terminology) has one more. If we had to overlap these measures, most probably Agreeableness from the Big Five would correspond to Thinking-Feeling dimension from the Myers-Briggs, Conscientiousness with the Judging-Perceiving dimension, Extraversion with the Introversion-Extraversion dimension and Openness with the Judging-Perceiving dimension respectively. That leaves us with the Neuroticism from the OCEAN and subsequently the Risk from the COREAN extension conspicuously missing from the Myers-Briggs. Evidently, at this point, we are having Myers-Briggs inconsistently trying to measure personality.

Why does personality affect career success?

I am critical that research findings indicate an average trend derived from measurable characteristics. It does not mean that when an individual follows a specific pattern then certain desired outcomes will follow. I cannot answer, why personality affects career success. But the effect exists and it is there.

Are there particular personality types that are deemed to lead to more successful careers?

On average yes. Still, that depends on what you deem to consider successful. Some people are satisfied with financial wealth, others with the prestige that financial wealth brings, for somebody else a satisfaction with life, in general, is more than enough and others perceive that success starts to be fulfilled when they have started their own enterprise and are masters of themselves. Every personality on average is different depending on the outcome, which does not differ very much between genders.

At least, this is what my findings reveal. Let me give you some examples. When applying the COREAN personality traits, my findings reveal that being agreeable will not boost your income but will increase your life satisfaction. Being conscientious and extravert will increase both intrinsic and extrinsic rewards, while neurotic behaviour will decrease them both. Now openness to new experiences will increase your income, but not your life satisfaction and it is safe to assume that is because change usually comes at a cost. Now for risk, which is the innovative trait in my research, and by saying innovative, I introduce risk as a steady trait compared to how the literature has treated risk so far, has both positive effects on both financial and personal rewards.

A definition of career success and the effect of risk

Currently, there are two branches of literature around career success. The first one equates career success to the accumulation of financial wealth. Accordingly, higher revenues are related to a higher disposable income, which in turn improves longevity, because it provides a better access to quality healthcare. The other branch of literature posits that career success is about attaining non-financial rewards and emphasis on job satisfaction and occupational prestige.

Which aspect of your research have you found most surprising so far?

Can we attribute success to personality when there are other determinants involved such as wealth, social connections and social status?

Yes, we can. These are variables that can very well explain the relationship with career or life satisfaction. Placing all of them in the same equation, we can extrapolate what is statistically significant or not, and how strong is the effect of one variable over the other.

How do you feel about self-help books?

I feel that self-help books are very useful. Their purpose is to give a different opinion and help you see things from a different perspective. Some of them have a motivating character and try to build up your resilience and self-confidence. You read the book and you feel that there is nothing or nobody stopping you and the first thing you want to do is share this newfound knowledge.

What empirical evidence are you using to support your research?

I am mostly a quantitative scientist, without trying to underplay the importance of qualitative research; I have focused solely on statistical methodologies for exploring the truth. Throughout my PhD years, I have used the British Household Panel Survey and the data from Understanding Society which is basically a continuation of the previous survey.

What are you career plans following your PhD?

I would like to keep up with my research. But this is too early to tell. What I think would be most suitable for me, is to focus on what is in front of me. In the short run, I am aiming to organise a conference in June 2018, just before my Viva. It will take place here in Sibson, home of Kent Business School, and I aim to invite keynote speakers to give us their insight on the latest research. The conference will be open for guests and presenters who wish to receive feedback on their work, as well as students from all around the world, ready to stand up and present their earliest findings for a reasonable price. The conference title is “Management between Economics and Finance.”

Thank you to Emmanouil Apergis for sharing his research insights on personality and risk-taking on career outcomes. For further information about our research and the PhD programmes on offer at Kent Business School, please see our online PhD prospectus. Emmanouil is currently studying his PhD in Management at Kent Business School. His research looks at Personality, Risk-Taking Attitude, and Career Outcomes: Evidence from the UK Household Longitudinal Study.

Find out more about Emmanouil