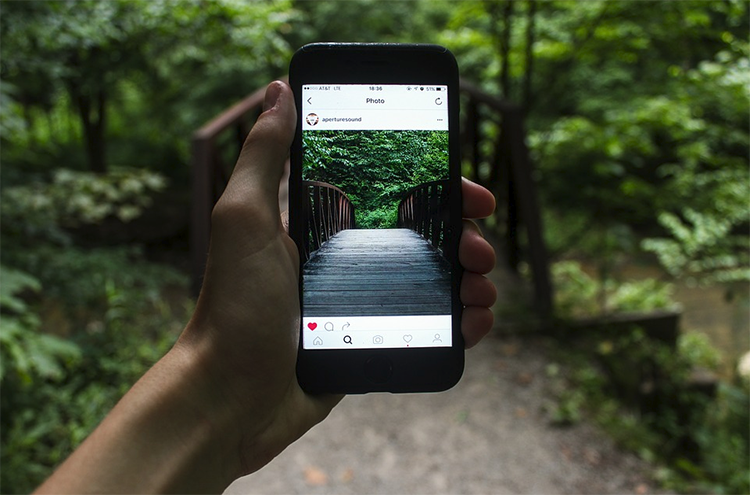 We are all guilty of mindlessly scrolling through our social media feeds, whether that be on Facebook, Twitter, or Instagram. According to Deloitte, ‘No other personal device has had the same commercial and societal impact as the smartphone, and no other device seems likely to.’ [1] In total, consumers are collectively looking at their smartphones 0.4 trillion times per year, yet the effect social media has on our mental health is still relatively unknown.

Social networks are a relatively new phenomenon. However as we know from our own personal experience, these platforms have caused profound changes in the way we communicate and interact with others. Facebook alone has over 2 billion monthly active users and this is only set to increase. But due to the rapid development and prevalence of social media, research into how these platforms affect people’s mental health is still in its infancy.

The relationship between social media and mental health

The Royal Society for Public Health (RSPH) and the Youth Health Movement (YHM) surveyed almost 1500 young people aged 14 to 24 to explore the effects of social media on mental health. The results showed that Instagram was judged to have the most negative effect – particularly with regard to impact on sleep, body image and fear of missing out. Alongside Instagram, Twitter, Facebook and Snapchat were also found to have a negative effect, while YouTube was the only site found to have a positive impact on mental health. A lot of the negative feelings come from comparing your life to those you follow on such sites; scrolling through someone’s perfect relationship, their never-ending on-trend wardrobe, the holiday snaps that are worthy of Lonely Planet. However social media accounts are heavily edited, we are all picking and choosing which aspects of our lives we want to share with a natural tendency to pick only the good stuff.

It is widely recognised that the exposure to light from such devices can affect your ability to fall asleep, thus having an impact on physical and mental well-being. However, are these individual social media networks to blame for the recent rise of individuals seeking and receiving treatment for mental health problems – of which have increased significantly since 2007?[2] (Fundamental Facts About Mental Health 2016, Mental Health Foundation)

Moreover, we are basing our happiness on likes. The instant gratification received from a post that is given the thumbs-up by friends, family, peers and even strangers is addictive. Yet this simple action is much more valuable to the social networks who designed such tools as the like button to monitor your behaviour and interests.

Using this data allows the social network to target marketing campaigns and advertisements in a way not previously possible. Rather than spending money and casting the net wide, marketers are now able to pin point their target audience using the data stored on each profile. Being able to increase the efficiency of advertising on a platform, such as Facebook, reduces the cost to the client.

However, advertisers could soon see a big shake up in the way they reach out to consumers, as France becomes the first country to introduce a law requiring all commercial photos of models that have been digitally altered to bear the warning; retouched photograph. Other countries have previously introduced codes of conduct, but France have taken the step to fine those who do not comply with the law. This could have a positive impact on social media consumers who are often delivered such adverts and compare their own body image to those that are appearing on screen.

It is yet to be seen whether other countries will follow suit, but it is apparent that advertisers have a responsibility to consumers to protect them and play their part in reducing the impact they have on mental health. Alongside warning signs that inform viewers that a photo has been retouched, perhaps there needs to be further reminders of the constructed nature of the online social space to avoid young people in particular from feeling inadequate and anxious. Perhaps social media could even play a positive role in identifying where young people may identify users who could be suffering from mental health issues by the types of posts they view and publish and could be signpost these users to support.

How do you feel social media is affecting our mental health? Do you feel that more intervention is needed in this area and how can we gauge the effects on our psychological well-being?