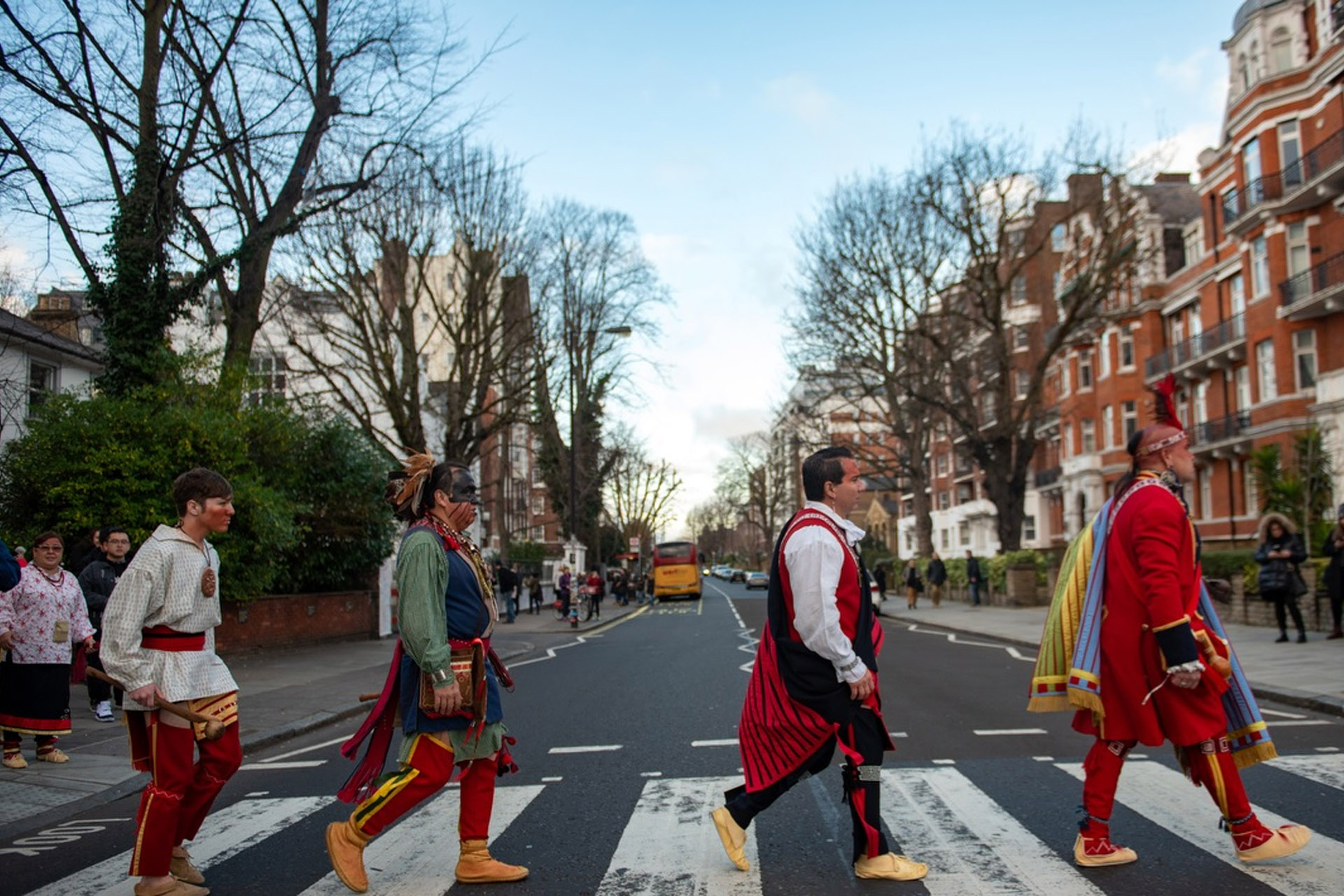 Every year, students in the School of English have the opportunity to take a summer internship on some of the School’s cutting-edge research projects. In this third blog post in our series on this year’s summer internships, Elizabeth Fraser (MA Postcolonial Studies), writes about her experience:

Beyond the Spectacle: Native North American Presence in Great Britain is an AHRC-funded research project that “brings together an international team of researchers and Native North American people to amplify the stories of Indigenous travellers in the historical record and in the current moment”. It has initiated or collaborated on many interesting and important sub-projects, including the restoration of the Salford Totem Pole; the organisation of residencies for Native visual, verbal, and musical artists; the commemoration of Indigenous servicepeople who fought in the World Wars; and the publication of a book on the collections of Native American material culture in British museums.

Many of Beyond the Spectacle’s research participants are artists who have been invited to Britain to exhibit their work. Whether their chosen media be photography, film, dance, weaving, woodcarving or installation, the topics touched on and stories told in the audio files I got to listen to were absorbing. Sometimes, people spoke enthusiastically about successfully transferring their artwork into a British space and enjoying the chance to network in new circles. However, sometimes they expressed frustration at the message of their exhibition not landing with their British audience or their Indigeneity being treated as a peculiarity. One interlocutor poignantly articulated that he felt himself being “turned into an anecdote by the evening’s dinner” because the Brits he talked to were more excited about the general fact of him being Native than about what he had crossed the Atlantic to say through his show.

Is it possible to be Indigenous in the U.K. and not feel the weight of British colonial history bearing down on you? Answers were nuanced and varied widely. In contrast to the interlocutor above, other participants found their interactions in Britain to be a welcome reprieve from stereotypes that pigeonhole them during interactions in Canada and the United States.

In practical terms, the most difficult aspect of transcribing was making sense of voices being interrupted by background chatter. Very close attention and much rewinding was needed to distinguish what was being said, depending on how noise levels fluctuated. Another challenge was working out from context clues what the interviewers/interviewees were referring to if they used nicknames or acronyms of which I was unaware. To an extent, this issue of unfamiliarity also applied to interlocutors stating the specific Tribal Nation or Band they belonged to at the beginning of the recording. If I had not heard them before, I tried to be fastidious in looking further into the participants’ biographies to ensure I had the correct spellings.

Altogether, it was a great privilege to be granted access to Beyond the Spectacle’s audio archive for the duration of my internship. I highly recommend that other students from the School of English get involved with the project or the Centre for Indigenous and Settler Colonial Studies in general if future opportunities arise.